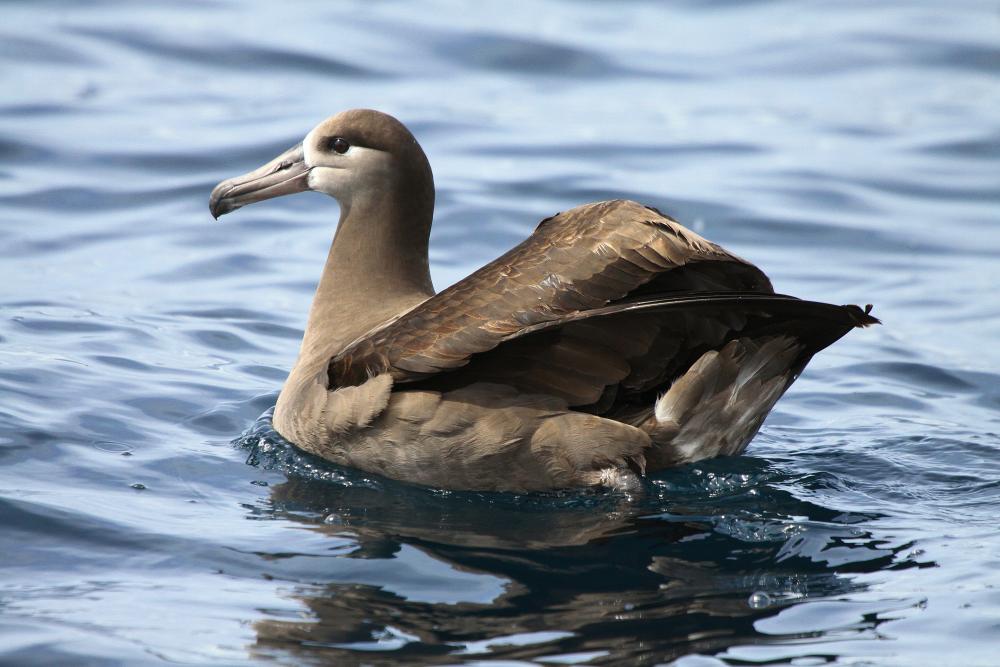 Do you like the albatross species very much? It is quite widespread and there are undoubtedly many species to discover. Such as the Black-footed Albatross, one of the endangered species of this family.

Phoebastria nigripes is a member of the albatross family that breeds primarily in the tropical Pacific islands of northwestern Hawaii and the smaller islands that are far from the United States.

It especially lives in areas near the coasts, rarely seen within wooded areas or far from beach areas, where it can easily get its food.

Is it different from other albatrosses?

The truth is, he’s a curious-looking albatross. It is true that many albatrosses are predominantly black and white, but in the case of the black-legged albatross, their appearance is a little different.

Within the family, it is a small specimen that measures between 68-74 cm. There is no sexual dimorphism, although it appears that the female may be a little smaller, but it is not a reliable system for differentiating sex. 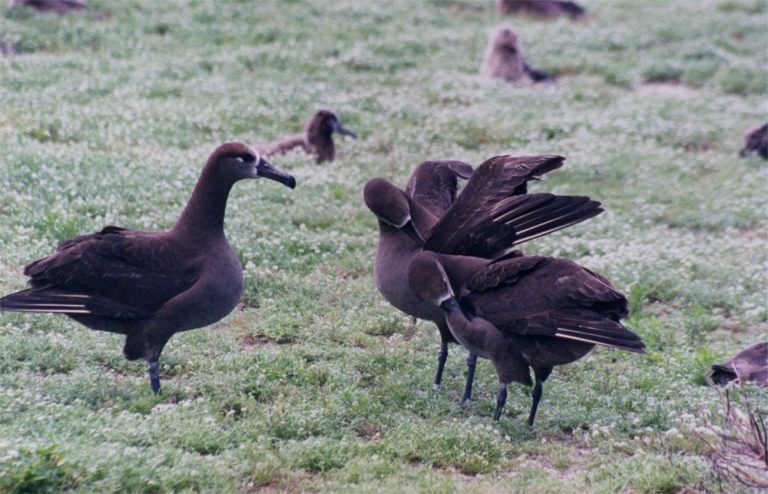 The color of its plumage is of a very dark brown tone that predominates in almost all the body. Surrounding its beak are white feathers and a small white eye ring. On the lower part of his body the white color gives him a spotty look. In its tail, the lower part begins white, but then takes on the brown color of the rest of the body.

Its legs are completely blackish in colour, and its beak is dark brown with a slightly lighter tip. Although not considered a subspecies, there is a variant that the color of the feathers appear blacker than that of a brownish hue. When they are young, their appearance is of a totally dark tone, until they grow white feathers with the first moult of feathers.

Are there many specimens?

It is estimated that there are about 64,500 breeding pairs in at least 14 places around the world. However, albatrosses are not a year-round breeding species, but only breed once a year. In addition, sometimes the breeding individuals do not go to the colony to fulfill this function, so the birth rate of new specimens has been reduced considerably.

When it comes to reproduction, it does so on beaches or cliffs with little or no vegetation. Rarely do they do so in grassy areas. The female lays only one egg, and incubates it for almost two months. When the chick is born, it is in the care of its parents until it is 8 months old and begins its journey alone. Their diet consists mainly of flying fish roe and squid, hunting other water-center fish and small crustaceans. 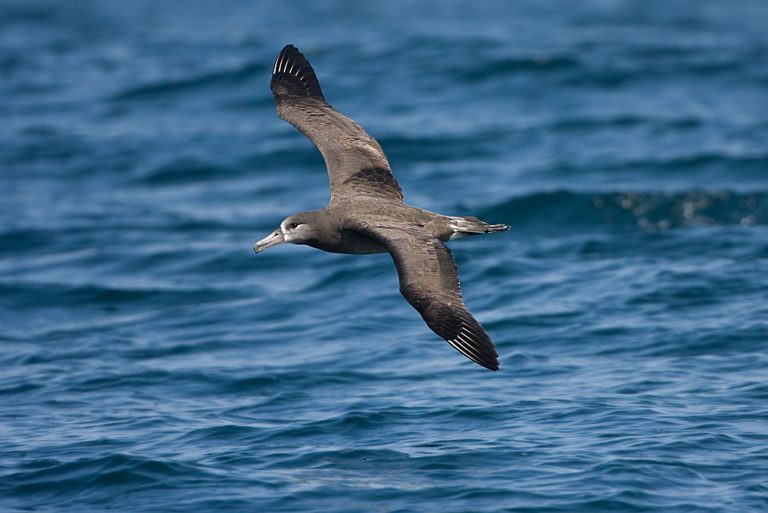 Like other members of his family, it has been a highly hunted species during the 19th and 20th centuries in order to obtain its feathers so that it can make pillows, cushions and other products for houses. In addition, having to feed directly on sea animals makes it very vulnerable to some ocean predators. On the other hand, the decline in the number of fish and the loss of their natural habitat has led to a significant reduction in the population of black-legged albatross over the last 20 years.