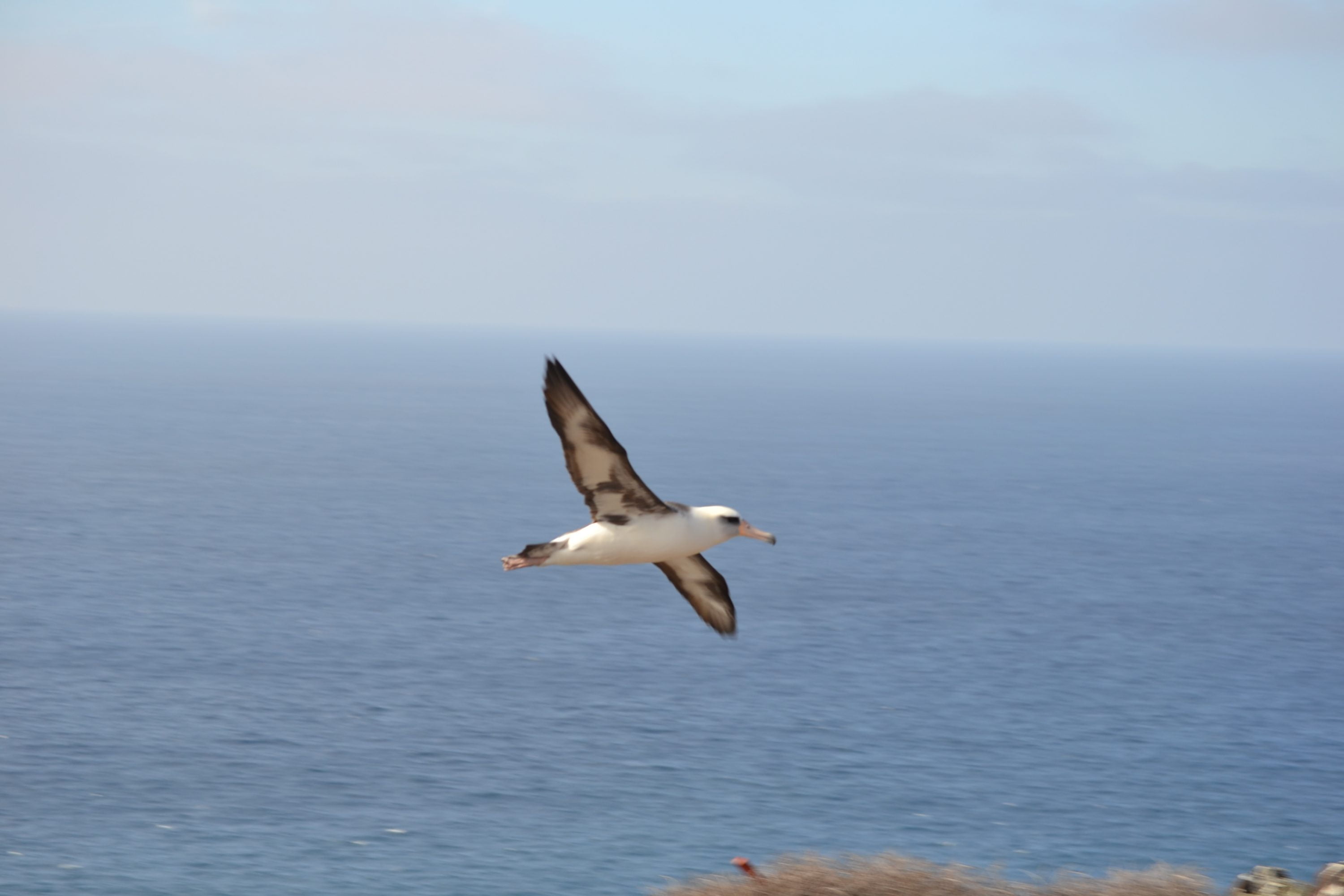 What do albatrosses have to offer you? Well, they’re one of the largest and most wonderful species on the planet to begin with. And the ignorance of their situation is causing fewer and fewer specimens, such as the Laysan albatross.

The phoebastria immutabilis is a bird that is native to Hawaii. The name is due to the fact that the most abundant colony of this species is found on the island of Laysan. 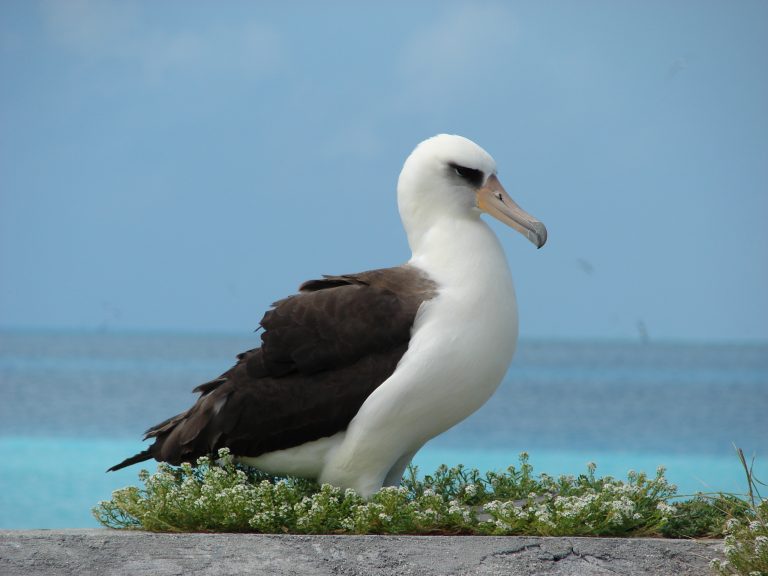 They usually nest in areas near the coast, where it is easy for them to find food, but they can move to any other point as long as they can get food easily.

Would it be easy to recognize it?

The truth is that the Laysan albatross is one of the easiest of the different species within the species. It measures 81 cm, being a medium-sized bird within the species. There is no visible sexual dimorphism, so it is difficult to differentiate the male from the female.

The color of their feathers is two-tone. The nape of the neck, the top of the head, the neck, the chest, the belly and the lower parts of the body is whitish in tone. In the eye area there are grey feathers that look like make-up on both cheeks and extend to the eyes.

From its back it begins to turn darker until it reaches black. It extends from the back to the tail and wings. The beak is pink but with a dark tip. The young are similar, but their beaks are greyer and the tip is completely dark.

Is it in danger?

This species nests in no less than 16 sites, with nine of these estimated to have populations of more than 100 pairs. They mainly do this in the northeastern islands of Hawaii and the smaller islands. They also have small colonies in Japan and Mexico. Currently, the population is estimated at 590,926 breeding pairs, with the largest colony on Midway Atoll, followed by Laysan Island, which has more but not as many breeding pairs as the previous one. The number of colonies under supervision increased between 1980-1995, but has not reached the number of specimens that could be found at the beginning of the 20th century.

It is an annual breeder, but it is not uncommon for a bird to end up skipping the breeding season. When building nests, this can be a ball in the sand to some more elaborate nests, as long as the vegetation allows it. They can breed up to 55 years old, and have a partner exchange rate of 14% versus 31% for same-sex couples. They lay a single egg, so their birth rate is not high enough. 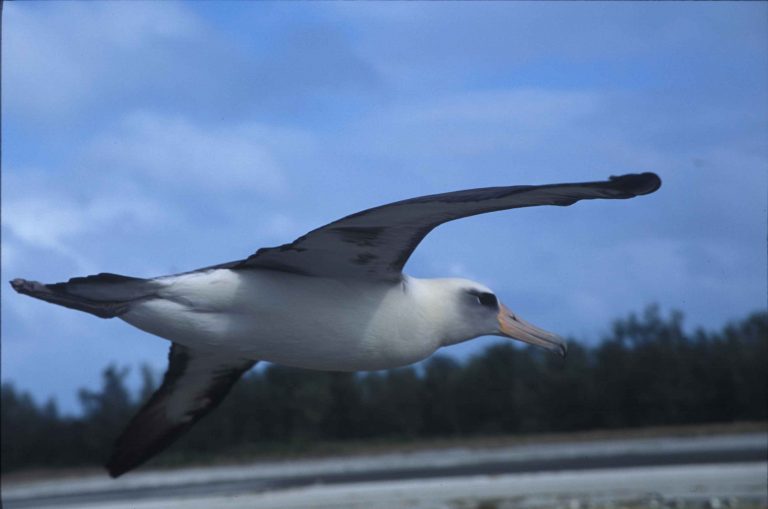 Its diet is mainly composed of cephalopods, but it also feeds on a wide variety of fish, crustaceans and other invertebrate animals. In the event of food shortages, it could follow ships to get food from food waste.

It is a species that recovered quite a bit during 1990-2000. However, it found itself in a very risky situation when, at the beginning of the 20th century, it was heavily hunted in order to obtain its feathers so that it could manufacture pillows and other equipment.