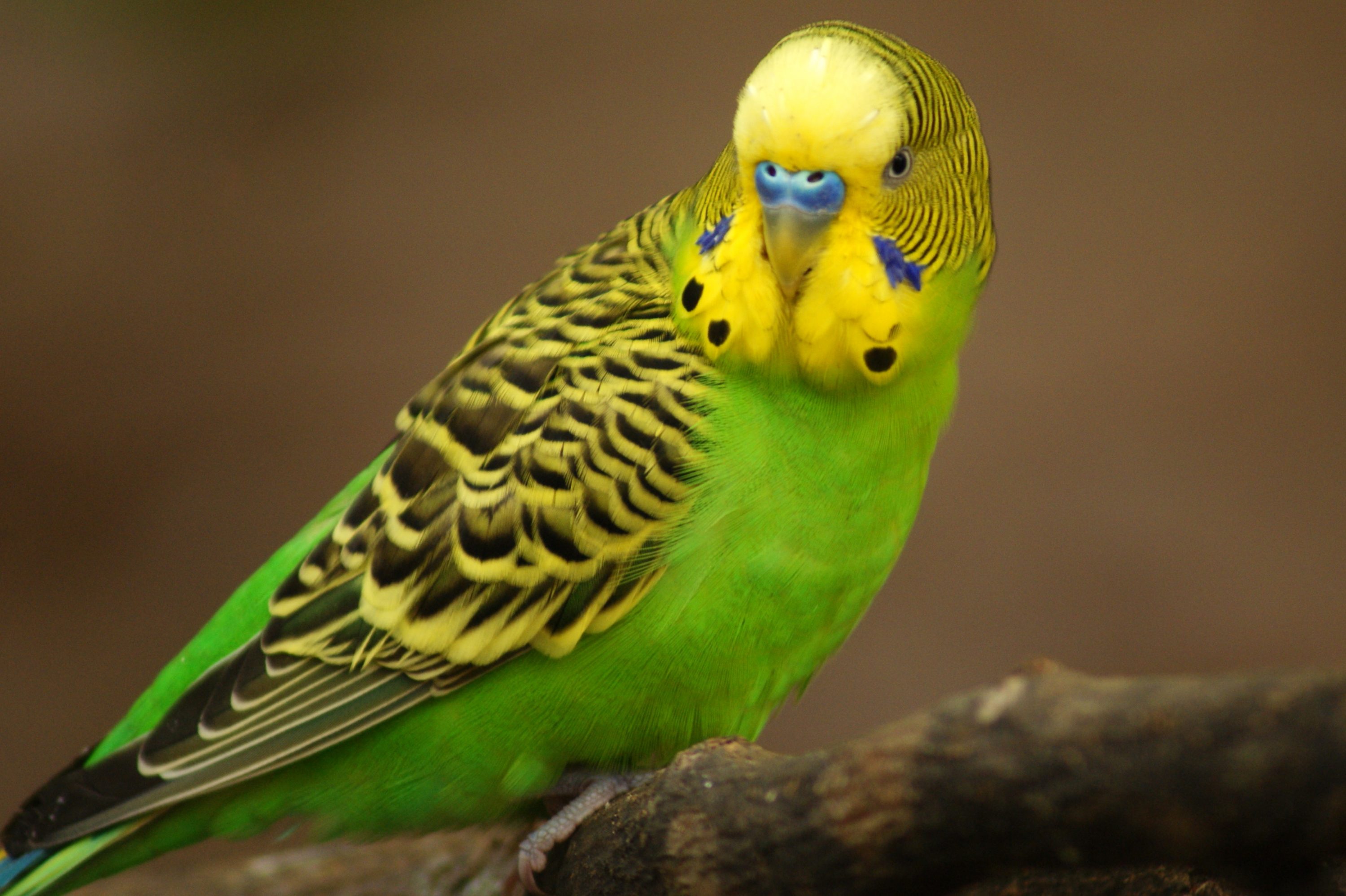 Australia is very fortunate to have a very large fauna. Among the many specimens in its wide range of birds is the Australian parakeet, known to some as the common parakeet.

Where do Australian parakeets live?

This Australian endemic bird, known by the scientific name of Melopsittacus undulatus, although it receives the name of “budgerigar”, the truth is that it is also known as Australian parrot and is catalogued as a member of the parrot family, being the only specimen representative of its species.

It has been introduced with great success in other regions of the world, being very common as a pet bird, for its small size and song. In some places he has even managed to outdo dogs and cats in fame.

It is a small bird that measures about 18 cm from head to tip of tail, weighing about 35 grams. The wild variety is characterised by a smooth, light green underpart with a yellow head and a black striped back. Its throat and forehead are a smooth yellow color, with some purple spots on the cheek and three black specks, framing each side of the base of the throat.

The tail is cobalt in colour with yellow spots in the centre of each of its side feathers. In addition, the flying wings are greenish black, while the covers are black with yellow edges and have yellow spots in the center, which can only be seen when the wings have spread out. Its beak is curved, downward from a grayish tinge more to green, while its legs have a bluish-gray hue.

No subspecies are recognized, so the wide variety of specimens that can be found in stores have been the result of mutations that the species has suffered at the hands of man when trying to reproduce the species.

The sex of the bird can be determined by a slight sexual dimorphism of the species, especially in the wax (the top of the beak around the nostrils). In the case of males, when they are adults, these are of a completely bluish tone, while females have a different color, which varies according to their state of heat. When they are young, both sexes have a pinkish, violet hue.

On the other hand, you can tell the age of the bird by the lines on its forehead. Young people have it covered with lines, while adults have it smooth. In addition, the younger specimens have the less intense feather tones, which gain color as the feathers change.

What do you have to know to keep it as a pet?

In fact, it is not a very troublesome bird and is ideal as a first pet for someone who has never cared for a bird before. The average life span of this bird is between 4 and 6 years in captivity, but some specimens have been seen that have lived up to 14 years, but it is something that depends entirely on the bird.

The Australian parakeet’s diet is made up mainly of seeds, including millet and canaryseed, supplemented by other seeds such as cane and maize. Also, it’s good to give him some vegetables like lettuce, spinach and carrots, which help strengthen the bird. It is also good to give him some fruits like apple, but always with caution.

You can have other types of foods, such as bread or crackers. However, avocado, chocolate and parsley should be avoided at all costs, as they are toxic to this bird. In the water it would be good to give him some vitamin complex to strengthen his immune system.

Putting your cage in place is the most important part of keeping this bird alive for a long time. The biggest mistake new caregivers often make is to place it on the balcony or in the kitchen, in the gallery. Big mistake. If you are placed on the balcony you will be stressed by the sound of traffic, and if you are in the kitchen gallery, you will be exposed to the fumes generated by cooking. It is best if your cage is in the living room or in an area of the house where there is a lot of family activity.

He can be trained to put it on your finger or hand, but be careful trying to get it out of the cage, as it will take a lot of effort to get it back in. If he escapes, don’t try to grab him or yell at him. Just open the cage, put your favorite candy in it and it will come back on its own.