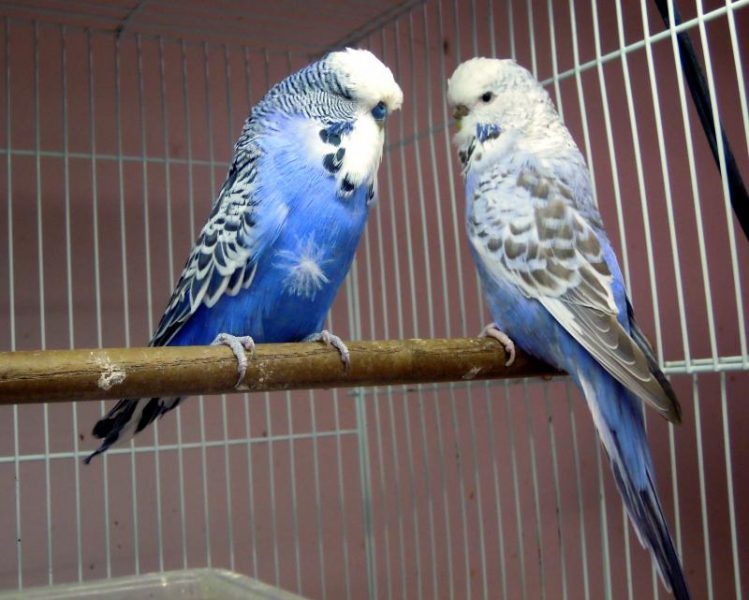 I’m sure more than one person will have told you that if you want to have a bird at home, the best option is to bet on a parakeet. And it’s really the right thing to do, especially when you don’t have a lot of experience caring for a bird.

How did this species emerge?

As everyone knows, the Australian parakeet is the one that is known as the common parakeet, but after a long time of work, a new species was created that was baptized as the English budgie, since it was bred in England.

We could say that we are dealing with a rather new species, given that the English budgie took more than half a century to become what it is today, after the great efforts of breeders in a selective breeding. The English parakeet as it is known today was born in 1989.

It is quite easy to tell the difference, as the English parakeet has a yellow neck and throat. The throat has a series of black spots, all the same size, and on each side of the neck a few dark blue drops that end in two small black spots. Its beak is light-coloured, except in the area where it joins the face, which has some flesh without blue feathers.

Their chest, abdomen and lower tail are light green, dropping down to their short legs which are light blue in colour. However, its never, ever, back and wings, mixes yellow with black in feathers that look wavy. It is especially distinguished by its large size when perched on the hangers.

Within the species of the English parakeets there are smaller specimens, about 10 cm, and others that can reach 15 cm, and instead of having smooth plumage, they can have them with many feathers or a small crest on the head. In these cases it is considered a’pseudo’ English parakeet.

What is there to know about their care?

The truth is, it’s not much different from other parakeets. Since it is not very large in size, you will only need a suitable cage in which you can stretch your wings from time to time to fly from one side of it to the other. Character is not usually very aggressive and does not mind sharing cage with members of another species.

Since it does not have sexual dimorphism, its breeding is not highly recommended for people who lack experience in this field. Breeding them is not much different from obtaining a common Australian parakeet, but getting a pure English parakeet is quite complicated, even for more experienced breeders.

Their diet is mainly made up of canaryseed, but they can also be given other foods such as pieces of fruit, vegetables or seeds, as long as they are not germinated, so that they receive nutrients. So that your plumage always looks shiny, it is good to give it some vitamin complex in the water.

It is not a bird intended for training, nor is it well thought of as a domestic bird, but rather as a species that has been created for exhibition contests. However, some breeders often teach you some tricks such as how to climb on your finger or eat out of your hand. Not as clever as other bird species, but with a little patience, these little tricks can be taught to you without much trouble.