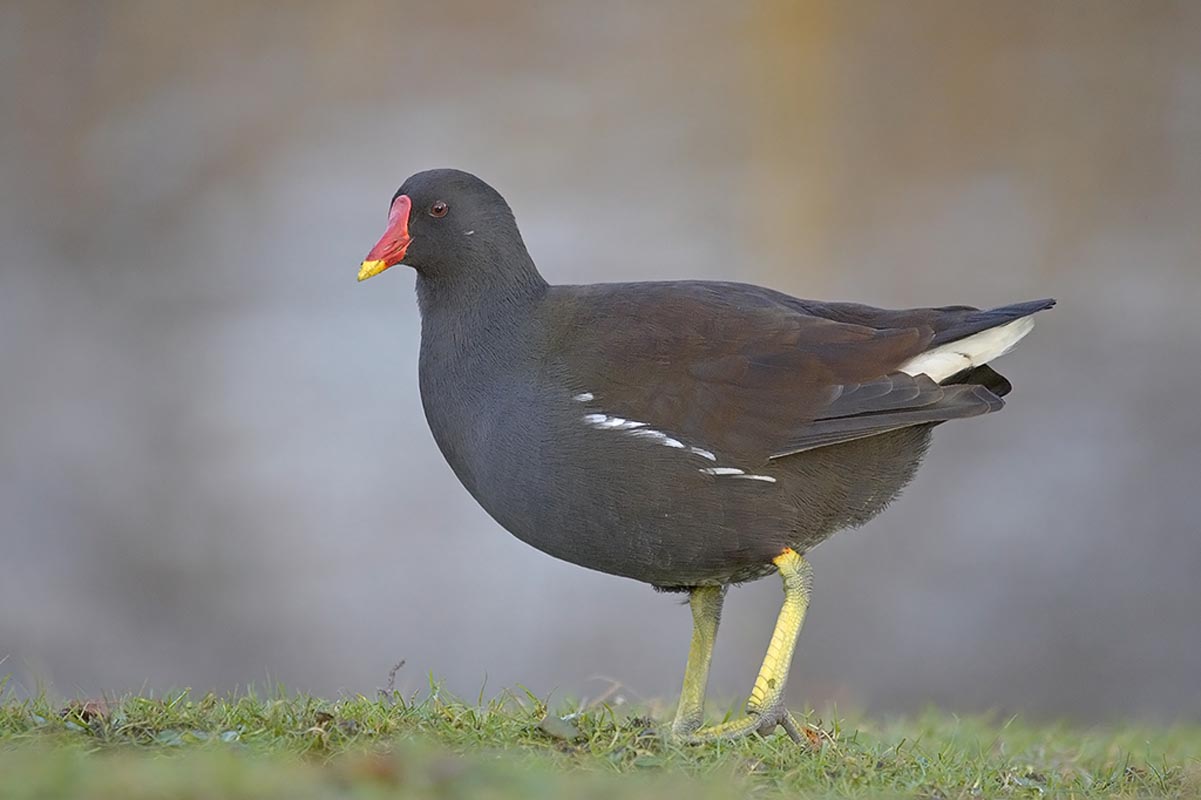 If you ever stopped to think, there are some species that have names that are very funny. An example of this is a bird belonging to the Rallidae family: the moorhen.

Where did this species come from?

This species is better known as the common moorhen, although many prefer to call it by its informal name: watercock. A bird that inhabits Eurasia and the African continent. It was discovered around 1758 by Carlos Linneo, who named it in the tenth edition of his work “Systema naturae”. 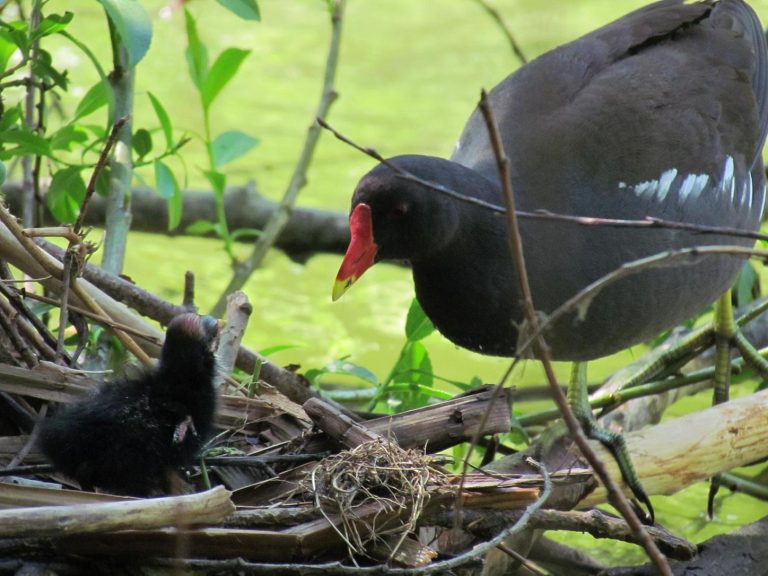 In 1760 the species was transferred to the genus Gallinula, created by the French zoologist Mathurin Jacques Brison, a diminutive of chicken that comes from Latin. For many years it was believed that he had a certain relationship with the American moorhen.

The truth is that it is a large bird, and that it is unmistakable in its environment. To begin with, its average size is 30 to 38 centimeters, with a weight that is usually between 300 – 500 grams.

Its main feature is the blackish grey colour of its plumage, with its head and neck much darker, except in the lower part of the tail which is white and the white stripes that cross its flanks. Its beak is red in colour, with a very distinctive easy shield of the same colour, except on the tip, which is yellow. The easy shield has a rounded shape at the top, while the sides are straight and parallel. This makes it easy to differentiate the redfish from the American moorhen, as it narrows when it meets the beak and the top is straight. 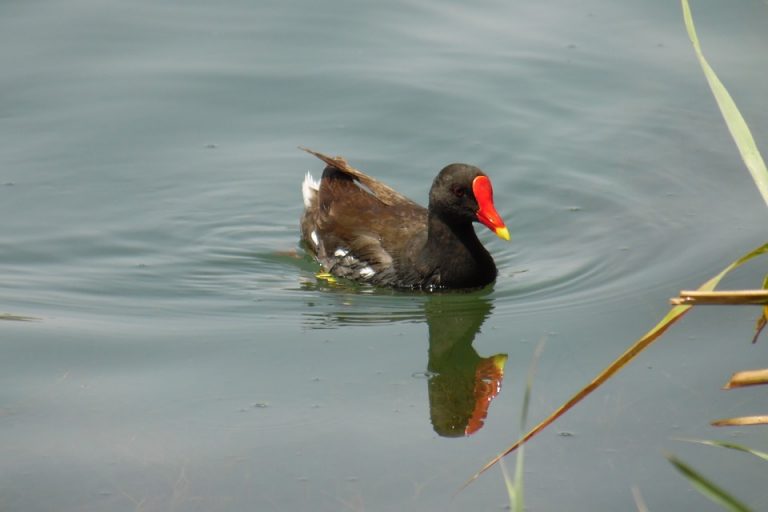 Its legs are long and greenish yellow, with a red spot on each knee. Their fingers are long and lack the lobes of the fochasy. They have also adapted to walk through aquatic vegetation. When they are young, the tones are browner and lack the facial shield.

A total of 15 subspecies have been recognized:

It usually inhabits and reproduces in environments of marshes and long rivers, with abundant vegetation in the area of Eurasia and Africa. Art populations, where water freezes, often migrate to temperate climates. Despite the fact that they have lost much of their habitat, the species is fairly common and widely distributed, which is why it is not yet considered threatened.

It feeds on a wide variety of vegetables and small aquatic animals, searching for food both around and inside the water, walking through water lilies and other floating vegetation. While they swim, they submerge half their bodies to catch the food. They are quite scary, but in some areas they have been found to be quite reliable.

It is during the breeding season that they become quite territorial, nesting on the ground next to the water, in areas of dense vegetation. Egg laying begins in spring, between March and May, and the female lays four to eight eggs. The incubation lasts about three weeks. Both parents are responsible for incubation, as well as feeding the chicks when they are born. It takes about two months for the chicks to become a bit independent to start living in their own nest. Once the pair leaves the nest, it can be reused by another female of the same species.