Did you notice the species of brushturkey? It’s just a very striking species, isn’t it? Don’t worry, because you have many species yet to be discovered, such as the Wattled brushturkey.

This species lives in….

It is a species of the family megapodiidae, within the genus aepypodus. It is scientifically named aepypodius arfakianianus, and is endemic to New Guinea and two neighboring minor islands.

It is generally found in the humid, tropical mountain rainforests of New Guinea, Misool and Yapen.

Could it be easily recognized?

It is characterized because its entire body is covered with black feathers with a red stripe that crosses the tip of its tail from one side to the other. In addition, the neck and the base of the beak are covered with a whitish skin that may appear bluish in the sunlight. 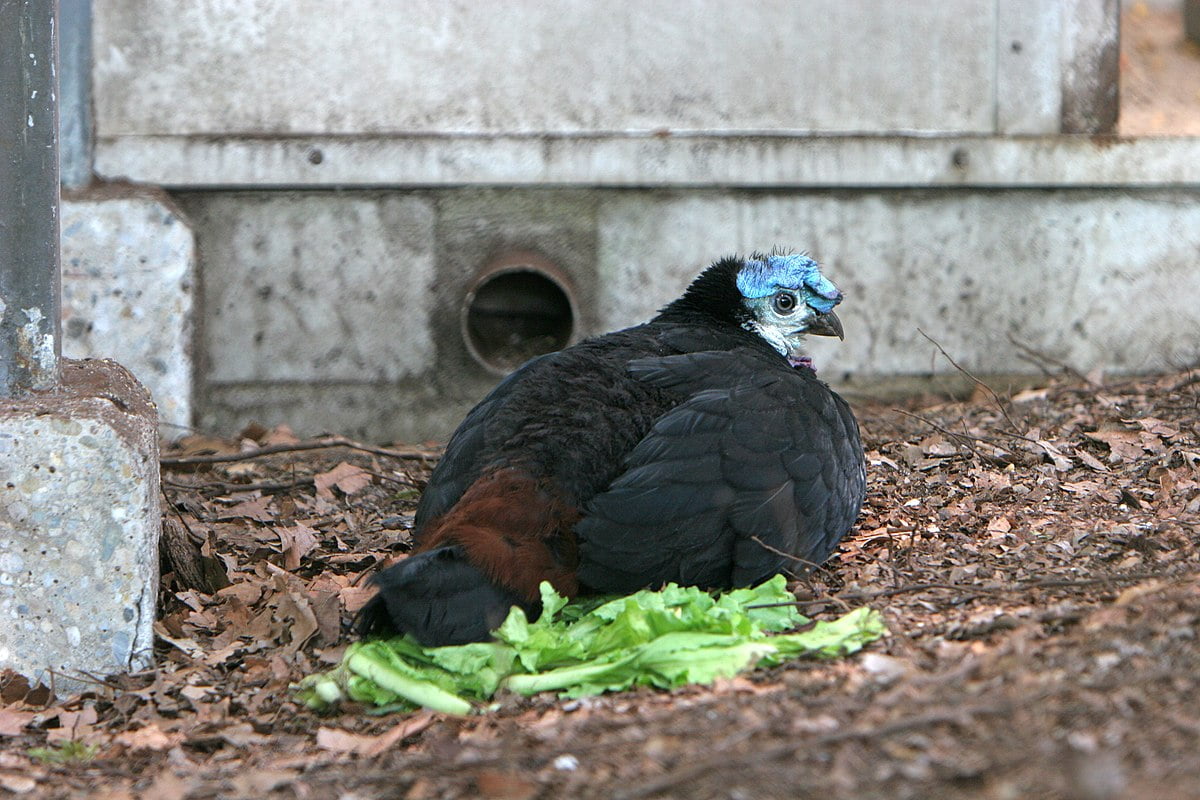 At the top of his head are black feathers that descend to the neck area to join those of the rest of his body. However, some specimens may have a kind of fleshy, featherless piece.

What is known about its life in freedom?

It seems that reproduction can occur at any time of the year, and there is no established time of year for this. Unlike other species, the male is in charge of making a mound in the ground by digging with his legs. That mound will hold it for most of the year.

It is not a monogamous species, but a male may mate with several females and a female with several males. After being inseminated, the female will go to the nest that a male presents to her. In it, the female will lay eggs and then be aggressively expelled by the male. In the same nest a male may allow several females to lay their eggs, and may have more than thirty on each mound, but not all of them must be from the same male.

The male will cover the mound with humus and other material to keep the eggs at a good temperature. The eggs will then warm up in the sunlight and hatch on their own for about a month, until the chicks are finally hatched, at which point the mother or father will take care of them.