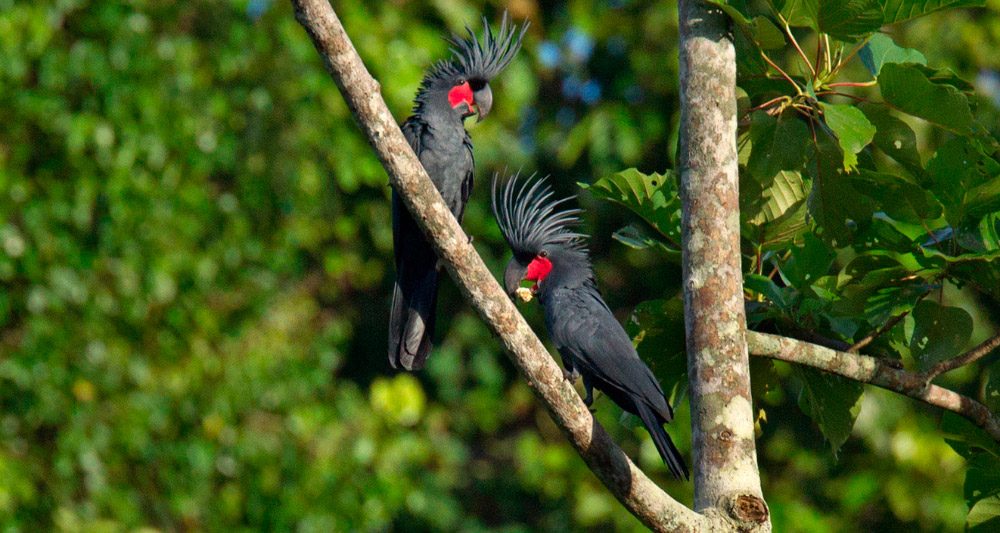 It is often said that cockatoos are the perfect pet for those who don’t have much idea of breeding birds, but you have to know which one to choose, because some of them can be really difficult to care for. One that could be simple would be the palm cockatoo.

And what is a palm cockatoo?

The palm cockatoo, which some know as the goliath cockatoo or with the scientific name of Probosciger aterrimus, is a species of cockatoo that is quite interesting to the eye, especially because of the curious color of its plumage. 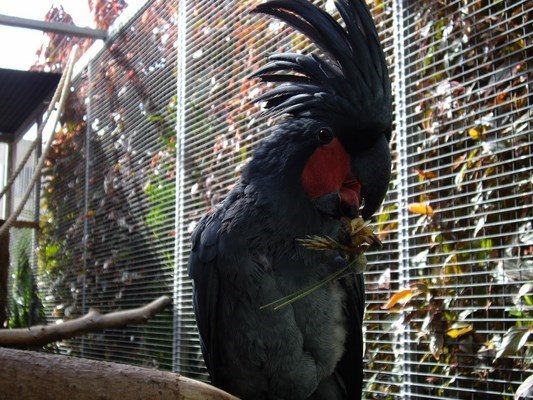 Although it is one of the most widespread varieties, being its natural habitat in Australia and New Guinea, many point out that it is quite difficult to breed in captivity, but its care is not so complex, which makes it the perfect companion for those looking for a cockatoo as a pet.

It is a large cockatoo, between 51 – 64 centimeters depending on whether it is male or female, which helps to differentiate them slightly, and can weigh up to 1,200 grams in the larger members of the family, while the smaller ones weigh up to 910 grams.

Its main characteristic is that it is black with a bare area around its cheeks of its red eyes. On the head it has long, thin, criss-crested feathers with a uniform black colour. Its beak shows a dark grey hue, the male being smaller than the female. Its feather-free legs are strong and grey in colour. The tongue has a curious combination of black and red colors that are very peculiar to the eye.

When young, the feathers under the wings have yellow spots and a creamier beak, while the periocular ring has a whitish hue that gradually darkens as they grow.

I want it in captivity, but can I?

It is an endangered bird, but keeping it in captivity is not considered a crime, especially if it is intended to breed to increase the species. He is not a bad companion, nor does he usually have many behavioral problems with humans.

Due to its large size it requires a cage large enough to move around. It can be quite territorial even with its own species, which makes it quite difficult to pair with another cockatoo, even if it belongs to the same family. It has a total of four subspecies that differ only in size, as they otherwise look identical. The one that stands out the most from the four is the goliath that has reached a length of about 70 centimetres.

Their diet is basically based on a combination of fruits and vegetables, as well as different types of seeds. Fibre-rich vegetables should be avoided at all costs, as the bird may suffer from diarrhoea. During the rutting season they can be very wild, so you must be careful at all times not to harm the female during the courtship process or the breeding attempt to have offspring will be spoiled.