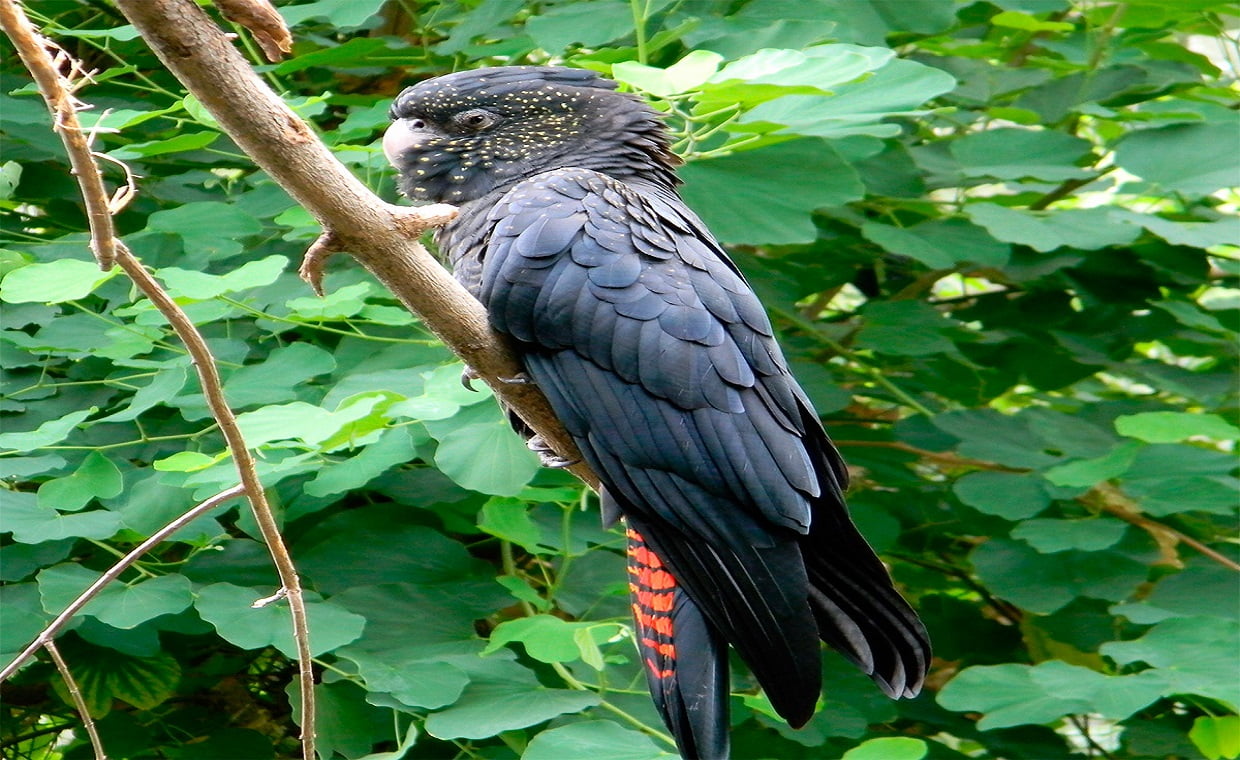 Are you totally determined that the kind of bird you want to have at home is a cockatoo? It’s a good decision, but first of all you should think about which one, don’t you think? Maybe one you could bet on is the Red-tailed Black Cockatoo. 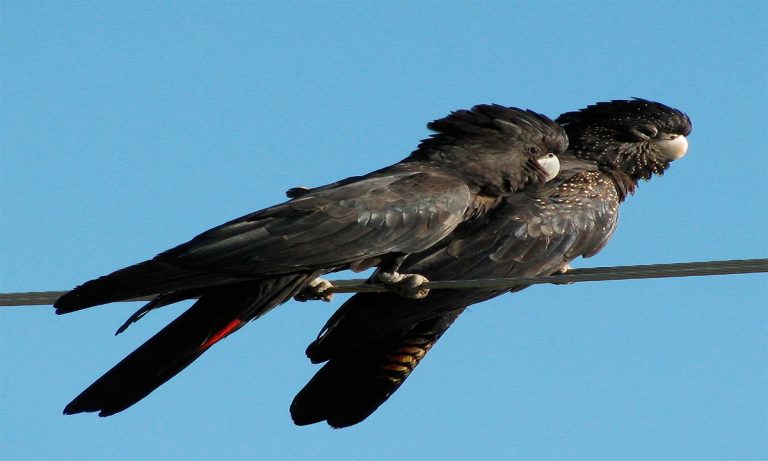 A very curious bird that can mainly be found in its country of origin and that are very difficult to see outside Australia, but thanks to its great adaptability to poultry farming has been exported to some countries with great success.

It is a large cockatoo as it can measure up to 60 centimeters from beak to tail and weigh about 920 grams in the case of males. The females are usually a little smaller, about 50 – 55 centimeters and usually weigh between 615 – 870 grams. 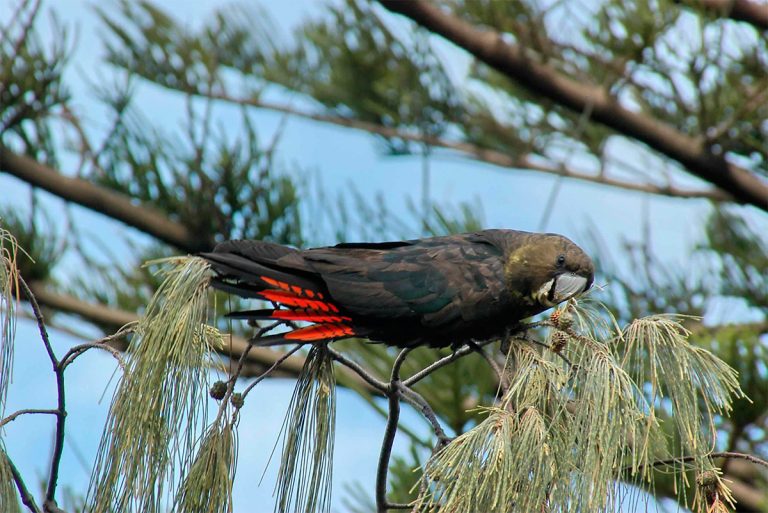 They stand out especially for their black plumage, which in the case of males has a deep red color while in females it seems to be a little duller. Its tuft is made up of black feathers that run from the forehead to the nape of the neck and have a strong grey beak. Females differ because they have, in addition to black plumage, yellowish orange stripes on the tail and chest and some yellow specks with degraded tones to the reddish tone on the cheeks and wings, so they have a clear sexual dimorphism. The potatoes are greyish in colour, very similar to that of the beak.

When young, the offspring resemble the female until they reach puberty, a stage they reach when they are 4 years old, although the lower parts of the bird are still just as clear. It is a bird that can live a long time and in some zoos has come to live until the age of 50, like the one that lived in the zoo of Taronga.

Within this group of birds there are a total of five subspecies:

There have been many problems with illegal trafficking of this bird, which has considerably reduced the number of members of some subspecies. But thanks to the work of some breeders, it is not impossible to find any specimens in some western shops.

However, it is necessary to bear in mind that due to its large size, it is necessary to have a fairly large cage, which is why it is much more advisable to keep it in houses with gardens or to keep it large, as its cage must be at least 6x4x4 metres long. It can be left loose in the house if you wish, but first of all you have to train it to get a little “friendship” with its owner to avoid problems of escape.

Is it difficult to breed in captivity? That’s what the experts say. You have to work with her a lot to get her to have babies. Not because it is violent like other cockatoos, like the yellow cockatoo, but because it is hard to find a female of this species. Their greatest advantage is that they have them as adults from the age of 4, at which point they reach sexual maturity and they can try to have offspring. But, above all, it will require a lot of patience on the part of its breeders, especially if they don’t have much experience.