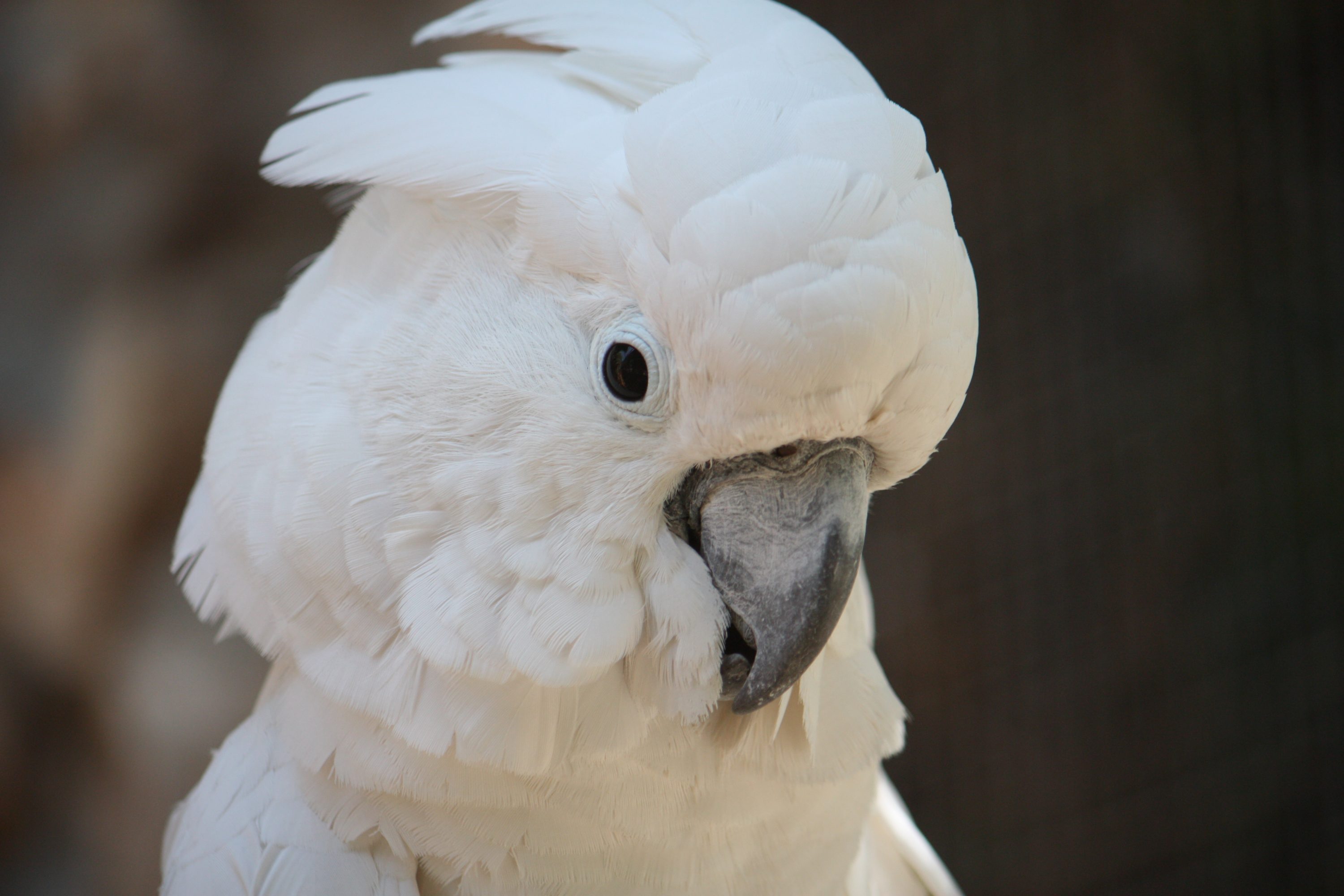 When choosing a cockatoo, the best thing to do is to choose one of the most famous in the world: the Umbrella Cockatoo. But are you really ready to take care of this beautiful bird?

Where does the Umbrella Cockatoo come from?

This species, which in some countries is known as the white cockatoo, is endemic to the islands of Halmahera, Bacan, Ternate, Tidore, Kasiruta and Mandiole in the northern Moluccas in Indonesia.

According to the studies that have been carried out, it is estimated that the population is between 42,545-183,129 birds, although this may be wrong due to an underestimation of the surveys carried out. However, there has also been a rapid decline in this species.

The Umbrella Cockatoo is a very beautiful bird in sight. With a size of approximately 45 centimeters and about 900 grams of weight, it is not the largest specimen of the species, but the most showy due to the white plumage that covers the whole body.

Their eyes are brown, or black depending on the specimen, with a very dark grey beak. When they were surprised, they extended the crest of their head which has a similar shape to an umbrella, which is why some decided to christen it also with the name Cockatoo umbrella. The inside of the wings and tail are a lemon-yellow hue that blinks when they are flying. 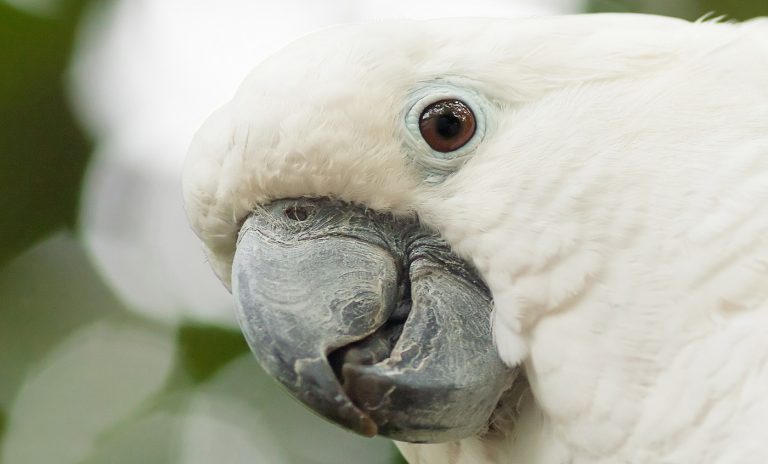 His character is usually that of a quiet animal, very nice and very easy to domesticate. However, some specimens have been found to be quite noisy and very destructive because of the strong beak they have, which is why they gnaw at everything around them. Although they can reproduce a few words, they are not as good a talker as other members of their species and can learn only a few words.

It has a visible sexual dimorphism that makes it easy to tell the male from the female. Males have dark, almost black irises, while females have a reddish-brown iris. In addition, females’ beaks appear to be smaller in size.

Is it the perfect pet?

There are many who choose to keep this animal as a pet, despite its small peculiarities. But before deciding whether or not to adopt it, there are a few things that need to be clear.

First of all, the cage must be made of a very strong material, such as stainless steel, to prevent the bird from breaking the bars and escaping when gnawing on it. The second thing is the locks, very safe, since this bird is smart enough to learn how to open a door with a latch without too many problems and escape from the cage when it wants to, which could end up being a problem. In addition, the cage should be large, at least 4x2x2 meters so you can stretch your wings and double if you are going to live with a partner. 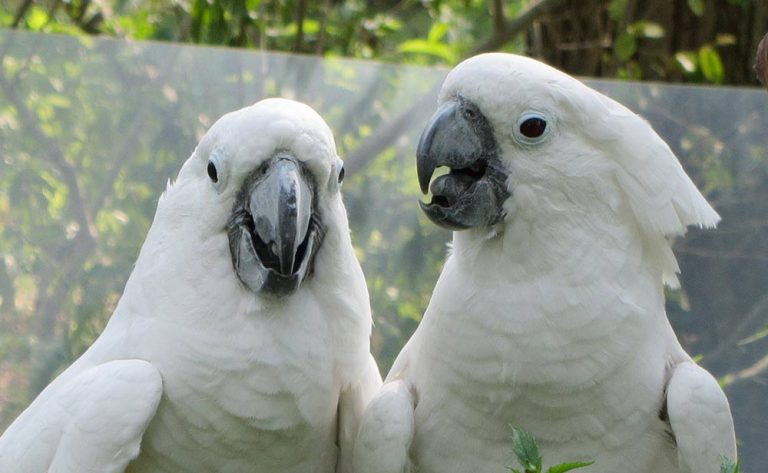 To avoid rotting the bars, it is best to fill the cage with branches and trunks of natural trees, so you will come to these when trying to use a little beak and you can forget completely that it will destroy the cage. Otherwise you may well have to buy a cage very soon.

Their diet usually consists mainly of fresh fruits such as bananas, melons, papaya, peaches, apples or mangoes. But you should also eat some vegetables, such as cooked potatoes, carrots, cucumbers, or pumpkins, so that you can get the nutrients you need to live as long as possible. But you have to combine their diet with other foods such as wholemeal bread, sunflower seeds or eggs. However, always accompanied by a large granulated feed and avoiding exceeding the daily amount to avoid suffering from diarrhea or any other disease.

If you’re wondering if the animal could get out of its cage to walk around the house, the answer would be yes. It is a bird that if accustomed to freedom does not usually give much trouble when moving around the house. However, keep in mind that it may cheat some of your furniture, so first of all get her used to this action being done inside the cage with the branches or trunks in it.

As for her offspring, it’s nothing a novice owner can get, because it’s quite difficult. To begin with, we must bring together two cockatoos that have been together since they were young and have a cage of 6x2x2 meters with a nest of 40x40x100 centimeters of wood, although what is most successful is to build a nest in a hollow trunk.

If successful, the female will lay one to two eggs and incubate them for 28 days. When they are born, the cockatoo calves spend three months in the care of their parents before leaving the nest for the first time and begin to feed on their own, at which time they can be transferred to another cage.

Remember that this is a rather playful type of bird, so you’ll have to make up your mind that it will like to play both inside and outside its cage. Also, since he’s a pretty smart bird, there’s no problem if you decide to teach him a little trick, like how to land on your arm or how to answer your call when he’s out of the cage.