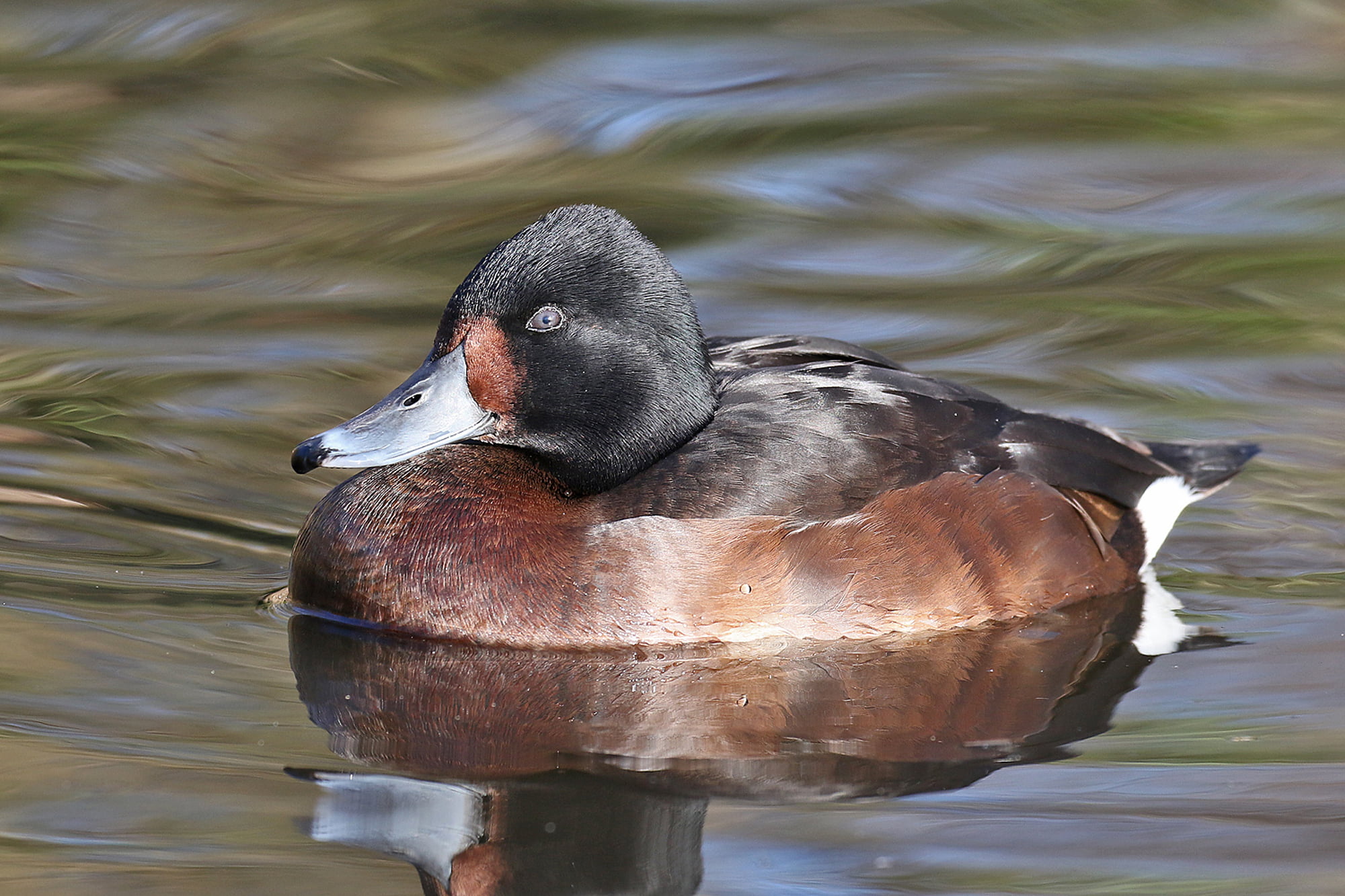 Ready to learn more about another duck species? This time we’re going to tell you about Baer’s Pochard. You’ve probably never heard of it, but in Asia it’s a fairly well-known species.

Known by the scientific name of aythya baeri, it is a species of anseriform bird of the anatidae family. Lives in East Asia, breeding in Southeast Russia, Northeast China and Far East Mongolia. 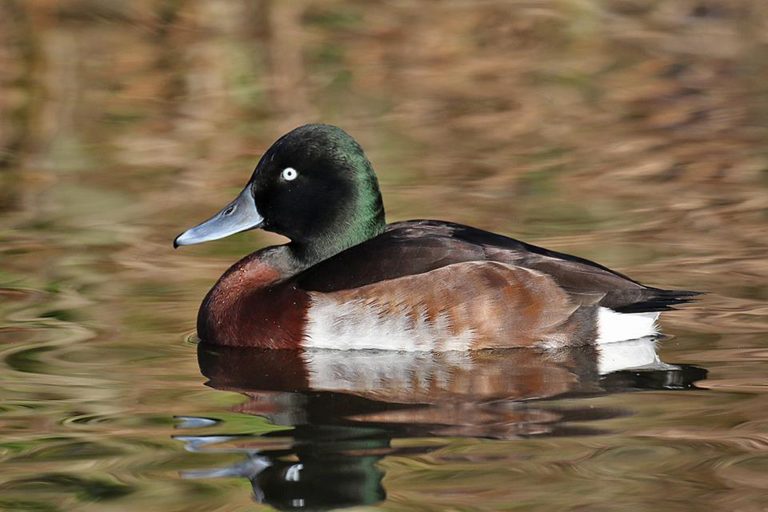 During the winter it migrates to southern China, south-east Asia and the Indian subcontinent. Especially Taiwan. His name is a commemoration of the naturalist Karl Ernst von Baer.

You will recognize it because….

Within its family is a medium-sized bird, measuring between 41-46 cm in height. Its size and silhouette is very similar to that of the brown duck, although the males are somewhat different. It has a slight sexual dimorphism. 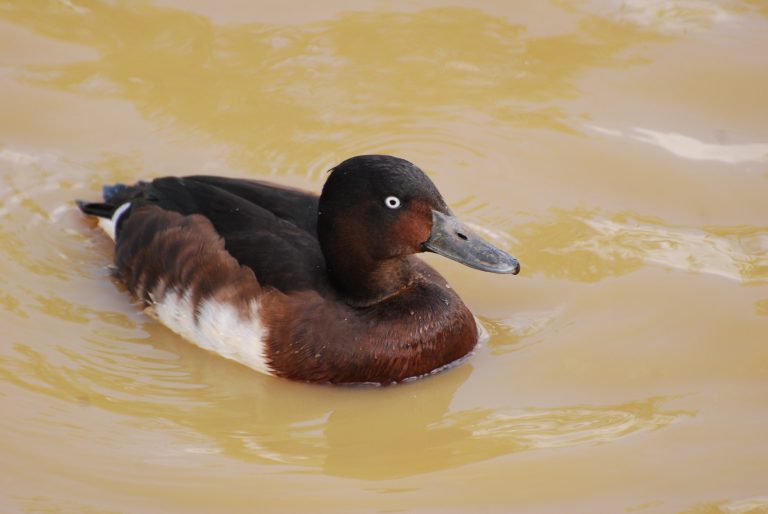 Males are rather like the bastard duck, but their backs and upper flanks are dark, and their lower flanks and bellies are white. On the other hand, the female, which has duller tones, is very similar to the rest of the birds of the genus Aythya. One way to tell the difference is that males have white eyes, while hmebras have a darker color.

Their way of life is….

Although it is a bird that usually migrates with the winter, it is quite sedentary. Unless there is a lack of food in your area, they will not move to a new one. They generally live in small flocks, between 100-150 individuals.

Your home is usually set up in areas of lakes, rivers or swamps where there is a lot of aquatic vegetation. Their food, composed of aquatic plants and insects, is obtained by submerging completely underwater. They are very good swimmers and excellent divers. When winter comes, it moves to freshwater lakes and reservoirs.

The mating time will depend on the area. Once the courtship and fertilization of the female is complete, the males withdraw to a remote area, to shed their skin together. The female, for her part, prepares a nest where she lays six to nine eggs. Sometimes several females can lay eggs in the same nest.

During 30 days the female will be in charge of incubating the eggs. When the chicks are born, the mother will feed them for the first few days. But when they turn one month old, they know how to fend for themselves, although they don’t leave the nest until they are two months old.

In 2008 IUCN considered this species to be endangered, but in 2012 it became critically endangered. In China it is one of the countries with the lowest number of specimens, with an estimated 200 specimens. China is a country where this species is highly hunted for its meat, one of the main causes of the decline of the species.