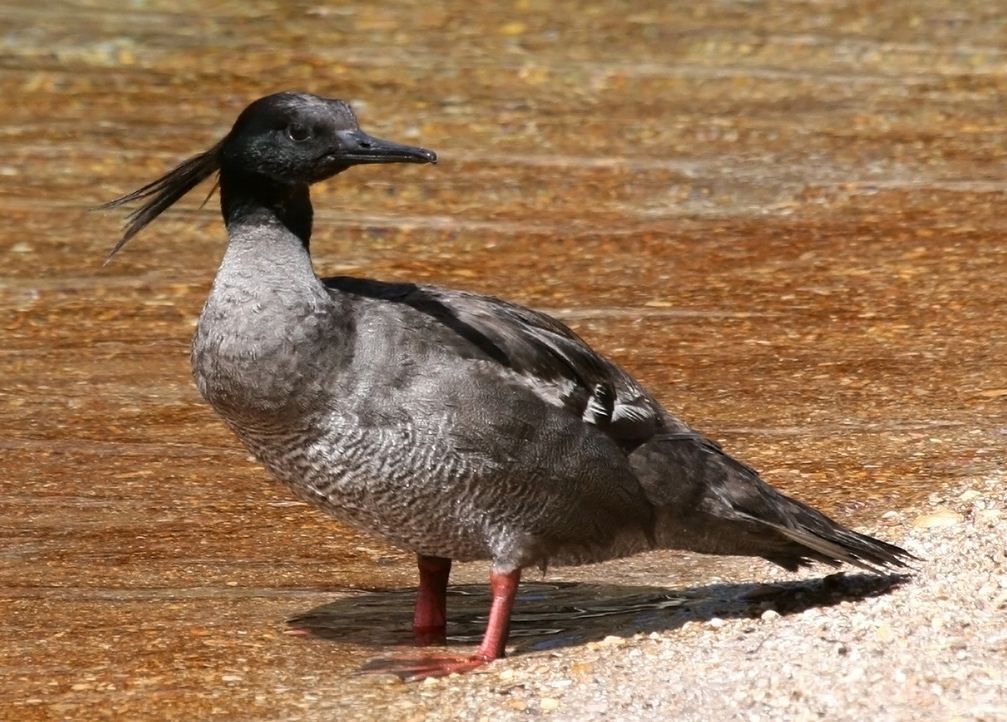 Are you interested in endangered birds? Saw ducks are one of these species. You didn’t know her?

What is their habitat?

It is also called the Brazilian serrette, and the scientific name Mergus octosetaceus. An anseriform bird of the antidae family that is typical of South America.

It inhabits shallow rivers, with currents and fluids in the southern and central areas of Brazil and eastern Paraguay. In Argentina it can be found in the province of Misiones.

How can it be recognized?

It looks like a bigwig. Its size is about 50 cm in length, with a weight ranging from one kilo to one and a half kilograms.

The long top of the neck is particularly noteworthy, its hallmark. It has a thin, black neck with a dark brown back. The white wing mirror is quite wide, although it is only visible during the flight. Its belly has several ochre-brown bars.

The beak is elongated and quite thin, in black. Its legs, on the other hand, are reddish in colour. Females are lighter than males, and lack the top of the neck.

In freedom it lives….

He’s kind of a rather suspicious character. Their diet consists of snails, insect larvae and occasionally eels. They also feed on the different varieties of fish in the area of their habitat.

Reproduction is carried out during the winter months, forming pairs to take care of the young. It usually lays three to five eggs, and the female incubates the eggs. The young are born before the end of the month, and from the first day the chicks go into the water with their mother. It feeds them a regurgitated mixture of plants, insects and snails. Parents can also participate in the feeding. Chicks learn to fly at two months of age.

He is usually quite attentive to his surroundings, watching for the presence of possible enemies. In fact, it rests on rocks that protrude from the water. In the event of detecting a danger, he dives quickly to escape.

Currently, this species is in critical danger of extinction, with only less than 250 individuals remaining. The hand of man is the main cause of its critical situation, due to the pollution of rivers, the destruction of forests to expand cultivation areas and hunting.

On the other hand, it is also a species highly affected by the natural environment. For example, this species is targeted by eagles, especially young ones. This results in a low birth rate and very few offspring reaching adulthood. Various projects are being carried out to perpetuate this species, such as the inclusion of this species in various natural parks in the Americas.