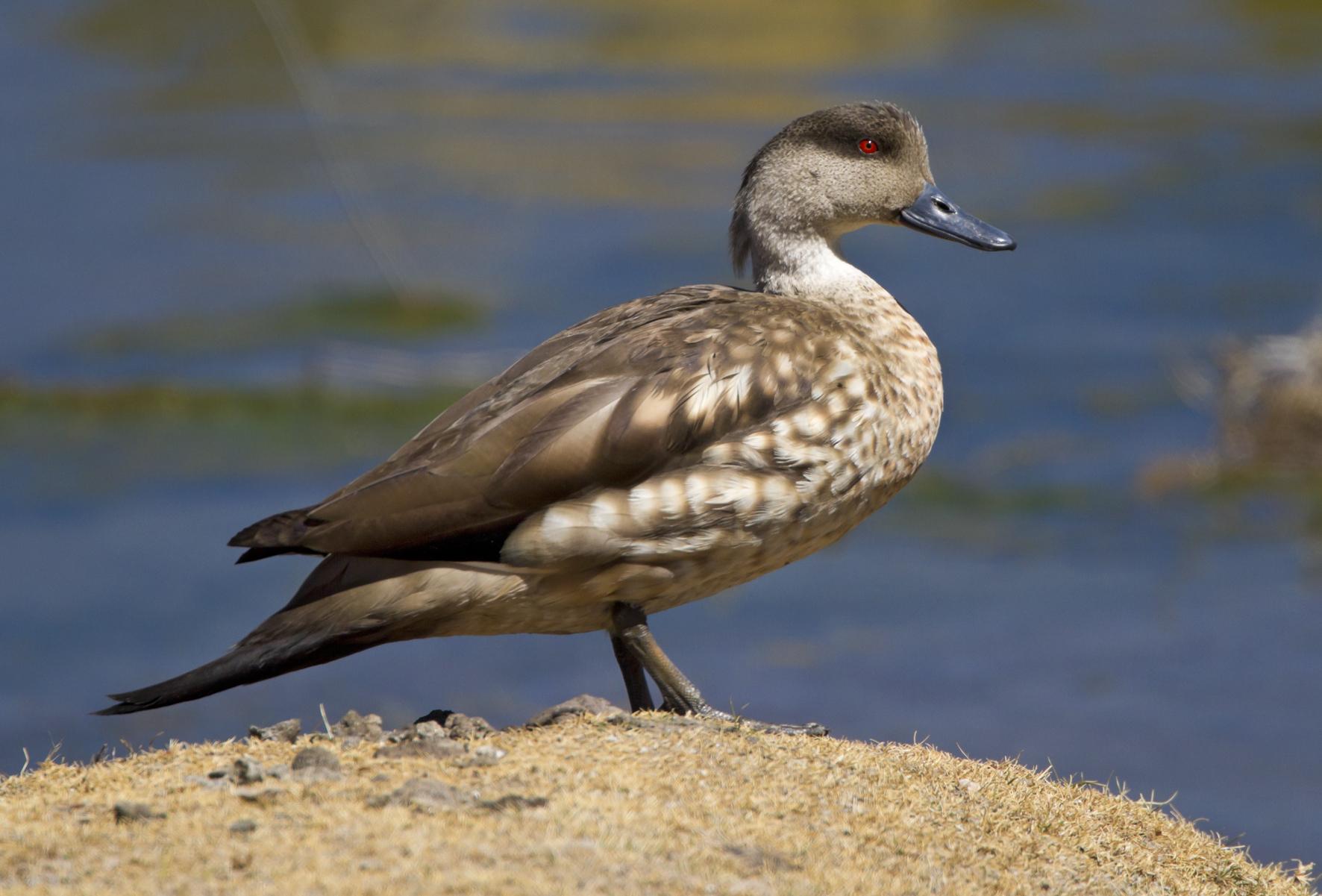 Are you ready to continue to immerse yourself in the wonderful world of ducks? What do you say we talk about the Crested Duck today? It is a fairly interesting looking duck, and one of the most aristocratic species of the anatidae family.

Where is it distributed?

It is an anseriform species typical of South America, distributed in Peru, Bolivia, Chile, Ecuador and Argentina. It usually lives in lagoons, lakes and freshwater rivers, or on the marine, Andean and Patagonian coasts up to 4,700 meters above sea level.

How could you recognize him?

It is a medium sized species, between 51-61 cm. The male is larger than the female, weighing between 1100 and 1200 grams. Its tail is sharp in the male, while in the female it is less.

The colouring of their feathers is a stained ochre-brown coloration, with a rump, lighter belly and a crown. In the area of the head has a dark top, which is why it is called a crested duck. His tones are modest when walking on the ground, but when flying, you can see a purple and white mirror. The color of his eyes is red. 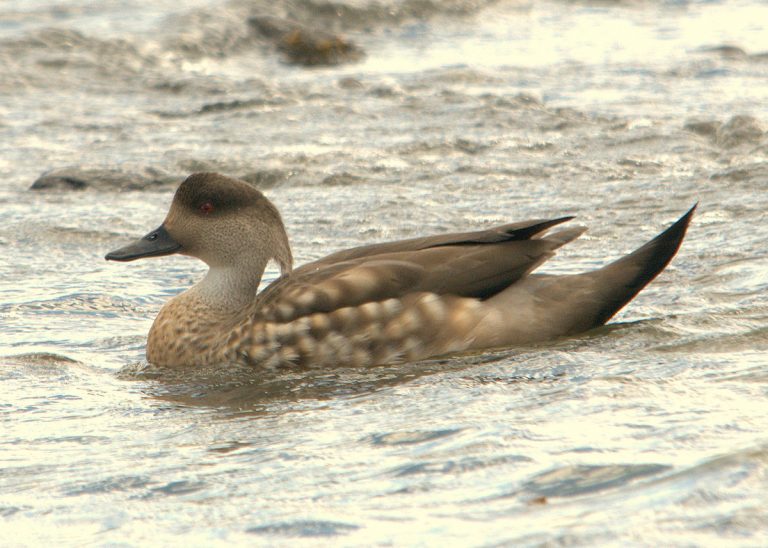 A rather arid duck species

Although one could say that there would be no problem in having this duck species as a domestic species, the truth is that it turns out to be quite harsh. Both with humans and with other birds, it is quite territorial and is usually only associated with theirs. In fact, even within their own colony there can be problems between them.

Their diet consists of small invertebrates, arthropods and molluscs. But their main diet is made up of plant materials they get from the water in the area where they live, especially seaweed. Unlike swans, it does not submerge the neck to get the food, but puts the whole body in to reach the deepest algae. 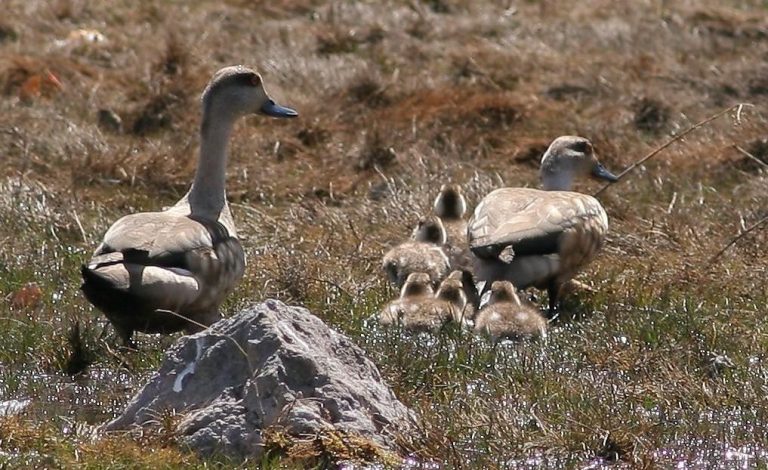 When they form a couple, they mate between April and May. The female will build her nest near the shore of the lake, or under a log near the water. It will lay 6 to 9 brown eggs. The female will incubate for 30 days. During this time, the male will take over the nest surveillance, becoming much more violent during this stage.

After the chicks hatch, they will depend on their parents for two or three days, and they will gradually learn how to get their own food. By the time they reach two months they will have complete independence.