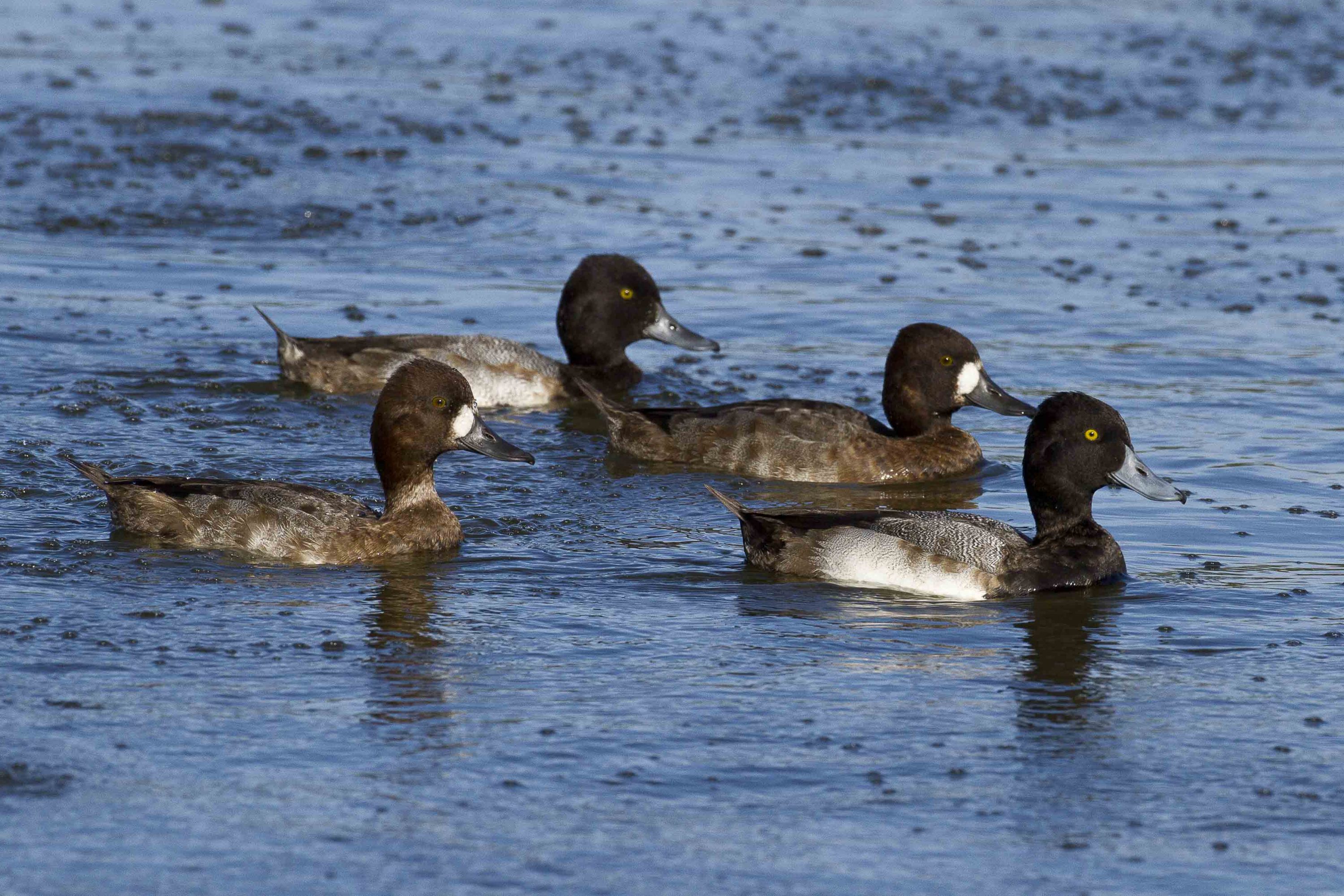 Have you ever heard of the species of dumplings? A species that is closely related to the common duck. No? No? Well, cheer up, because you’re gonna meet the Lesser Scaup today.

A bird that is widespread throughout America

It is a species of anseriform bird, belonging to the Aythyinae family, within the group of ducks. It is distributed throughout North America, Central America and the Caribbean islands. It was first described by Thomas Champbell Eyton in 1838.

Its scientific name, aythya affinis (formerly known as Lesser Scaup) was given to it because the term “aythya” was created by Aristotle for some unidentified seabirds. It has a great similarity to the bastard duck. It is a monotypic species, which means that it is not recognized as a subspecies.

Do you want to know what it looks like?

When they reach adulthood, a pochard is between 38 and 48 cm long, weighing between 455 and 1090 grams. Females are generally a little lighter than males, about 730 grams.

The plumage of the males has a small plume on the head, in the back, while the head, chest and neck are of a shiny black. The back and wings are whitish grey with slightly darker vermiculations, while the outer primary wings are black and the primary wings of a greyish-brown winch. The lower parts are white, with brief greenish vermiculations. The tail and caudal region is black.

Females, on the other hand, are dark brown in the head and chest area, while the rest of the body is greyish-brown in colour and blends with the white of the belly. It has a white spot around the base of the beak, and sometimes in the auricular zone, which is lighter. Males may resemble females when they are small, but are distinguished by the white of their heads.

Both sexes share a bluish-gray beak with a black tip and grey legs. Males have an intense yellow eye color, while females have an amber or orange color. Younger specimens are brown in color.

What is the behavior of this bird?

As far as food is concerned, the duck dives in the lakes, searching through the mud of the bottom of the water, to be able to feed on mollusks, such as mussels and clams. It can also feed on seeds and parts of some aquatic plants, such as those together. Crustaceans, water insects and other smaller birds can also be part of your diet, especially during the breeding season.

The breeding season is usually during the month of May. The male courts the female when she is in the winter quarters. Thus, the pairs are formed before the spring migration takes place. As soon as the female has started the construction of the nest, the male abandons it and joins the rest of the males to molt the plumage.

The female will be in charge of the incubation process. The nest is made in a depression dug in the ground, covered with plants and with some down. Generally the laying is 9 to 11 eggs, although up to 26 have been found in a single nest. This may mean that several females can lay several eggs in a single nest. Incubation by the female lasts three weeks. After hatching, the hatchlings take about 50 days to develop. A few days later they leave the nest.

This species reaches sexual maturity after the first summer, but may take up to the second. About 57% of the ball duck clutches do not exceed one month, because the female dies or the eggs are eaten by predators or destroyed by man. In addition, the rate of eggs hatching in each brood does not exceed 9%.