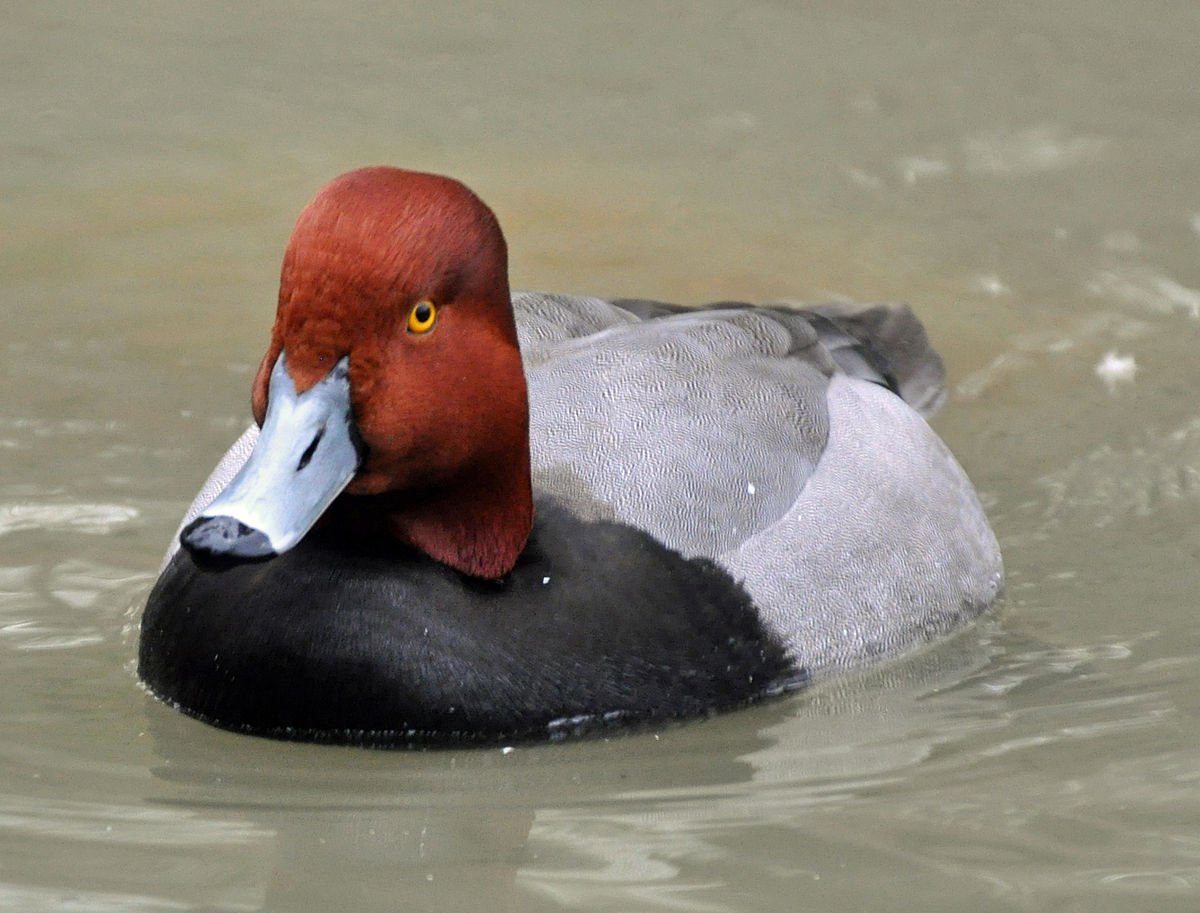 Are you interested in the extensive fauna of the American continent? No wonder, as there are many interesting birds to study. Like the Redhead Duck, for example. Did you know him? No? We’ll tell you about him!

Does it have a specific name?

It is not known by other nicknames. Its scientific name is Aythya americana, a species of aver anseriform of the Anatinae family, and is typical of North America. Thomas Campbell Eyton, an English naturalist, was the first to describe it in 1838, although it was originally called the American Fuligula. 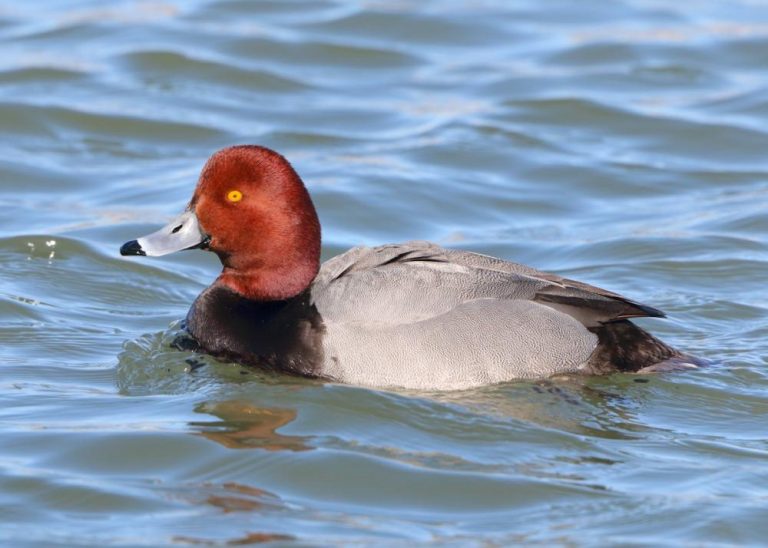 It would later be included in the genus Aythya, a genus created by Friedrich Boie in 1822, and which had priority over other species groups. It is a migratory bird that breeds in wetlands, lakes and lagoons in the northwestern United States, as well as in the Great Lakes region.

The male has a bluish-gray beak, except in the tip area, with a list (very thin), at the base with black feathers. The color of their feathers is light gray, except in the head and neck area which are reddish-brown in color. It also has a black area in the front and another in the caudal area. The eyes are a bright yellow color.

In the case of the female, this is brownish in colour, with a bluish-gray beak darker than the male. The tip is black and the eyes are brown. It has some light areas at the base of its beak and flanks, as well as the greyish area on its back. When flying, both sexes share light grey flight feathers and a whitish belly.

In appearance, this bird is very similar to the European pochard, with which it can be confused when it migrates to Europe during the winter months. But the redhead is somewhat larger, and the males have a yellow iris, unlike the European’s which are red. On the other hand, the Redhead Duck is rounded.

How does this species live?

Like other members of the duck family, the Redhead Duck usually searches for its food by diving, or submerging, in the lakes and ponds where it lives. Their diet is mainly made up of plant matter, plus the consumption of small animals such as molluscs. It can also eat snails.

It’s not a monogamous species. When the mating period arrives at the end of the winter, a pair is established that will change the following year. After mating, the male abandons his mate to go and shed his skin, leaving the female to take care of the nest. 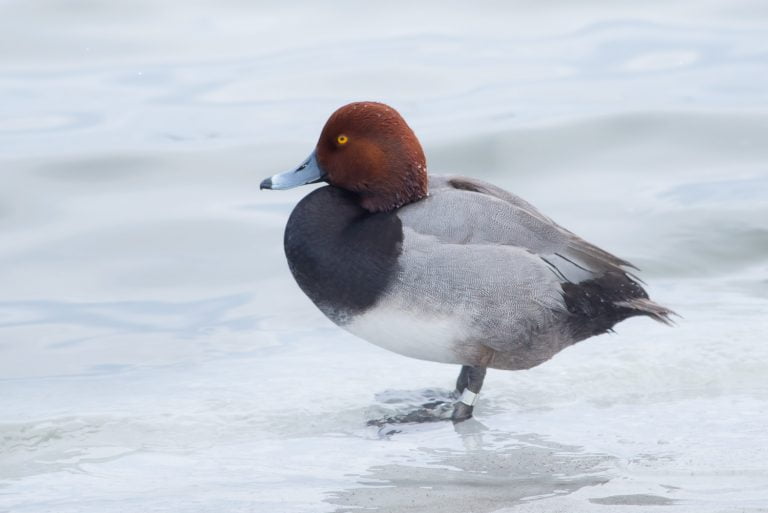 This is made in areas of large bodies of water, with a mixture of soil and down of the female. Females lay between 9-11 eggs. However, it is common for several females to share a nest (which does not mean that they have been fertilized by the same male). The hatchery will be incubated for 30 days, and when the chicks hatch, they will remain with the mother until they are about 50 days old, at which time they will gain independence and leave the nest.