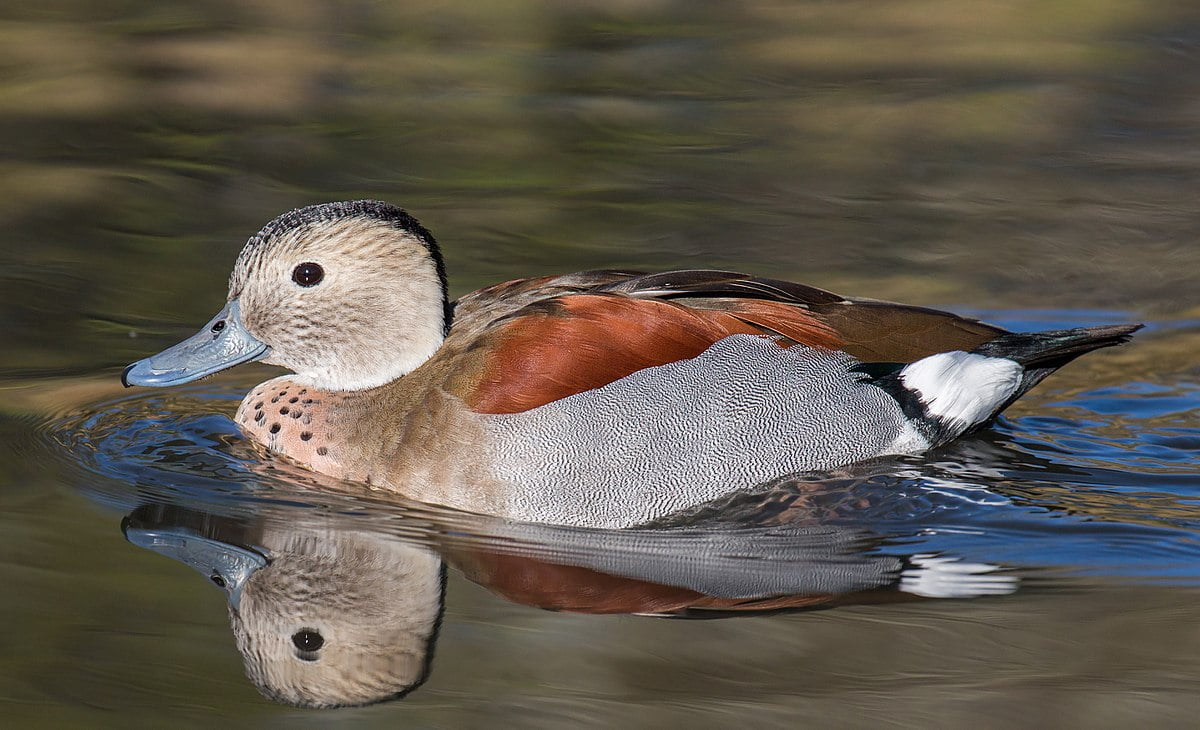 Do you love ducks? Not all species can be kept as companion birds. But that means you can’t enjoy learning about some species, right? Like the Ringed Teal, for example!

Several names, according to their area of distribution

It is also known as a collared duck or necklace teal. Its scientific name is callonetta leucophrys, an anseriform bird of the Anatidae family native to South America. Its range extends throughout the central part of the continent, in Bolivia, Brazil, Paraguay, Uruguay and northern Argentina.

It usually lives in marshes, flooded savannahs and lagoons, showing a preference for lagoons and flooded lands that are close to the trees. Environments from a sea level of about 700 meters of altitude.

Easy to differentiate the sexes

It is a medium sized bird, between 35 and 38 cm, weighing between 190 and 360 grams. It presents a strong sexual dimorphism, making it very easy to distinguish the male from the female.

The male has light grey feathers around the eye, which lighten as they reach the nape of the neck, where they are crossed by a horizontal black list. The feathers on his chest are coppery in colour, while the sides are grey. The feathers of its wings are of a strong brown, with black stripes. Its underparts are light toned with a brief presence of grey feathers. The tail feathers are dark in colour, with a white spot on each side.

The female has a darker plumage. Its wings, neck and tail are very dark brown. His face combines brown and white feathers. In its body, white, grey and brown intermingle, giving it a stained appearance. It also has greenish-coloured feathers on the tips of its wings, which are sometimes not very visible.

Do you know how they reproduce?

Since they usually live near areas of abundant water, they feed mainly on aquatic vegetation. This is usually obtained from the surface, but they can also submerge their body a little to extract it from the bottom. Crustaceans and small aquatic insects can also be part of their diet.

It has not been established that it is a monogamous species, but there have been cases of couples who have spent their entire lives together. The nest is usually built by the female, with the help of the male who gives her some of his feathers. After being built, the female lays an average of 8 eggs, reaching 12.

The male’s job during the incubation process, which lasts about a month, will be to monitor the arrival of potential predators. After hatching, the chicks learn in their first days to obtain their food, with a little help from their parents. They feed on a mixture of aquatic plants and insects that is regurgitated by the parents. When they are about one month old, they are almost completely independent, but they will not leave the nest until they are two months old.