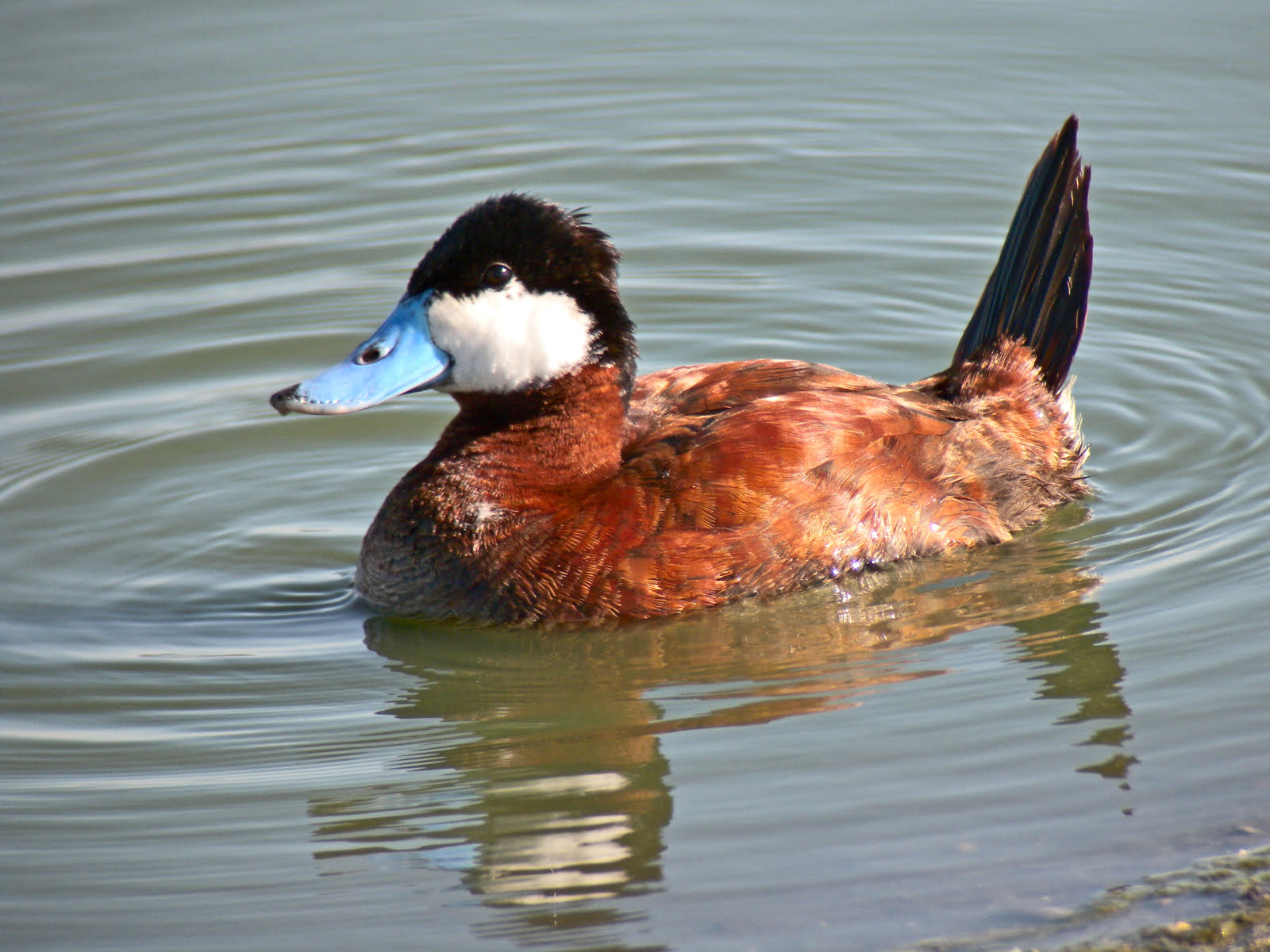 Has the species Malvasia caught your attention? You must know that this species is distributed all over the world, and each one has its particularity. Do you want to talk about the Ruddy Duck? You’re gonna love it!

It has other names

It is also known as the big diving duck, the tepalcate duck in the area of Mexico or the rufus duck. Its scientific name is oxyura jamaicensis, and it is native to America. It is especially distributed from Alaska to Tierra del Fuego.

With greater, or lesser, success, it has been introduced in Western Europe, being considered by some to be an invasive species. It usually lives in swampy lakes and ponds throughout North America.

It could be said that it is one of the smallest specimens of the family, with the male measuring an average of 14.5 cm and the female a little less, about 14. Males usually weigh between 500 – 800 grams, while females weigh between 300 and 600 grams.

Males are oxide-red in colour, with a blue beak and a white face with a black crown. Females have a slight sexual dimorphism, as their bodies are greyish-brown, their heads and beaks are black. They have a white list that runs horizontally across their cheek, throat and neck. 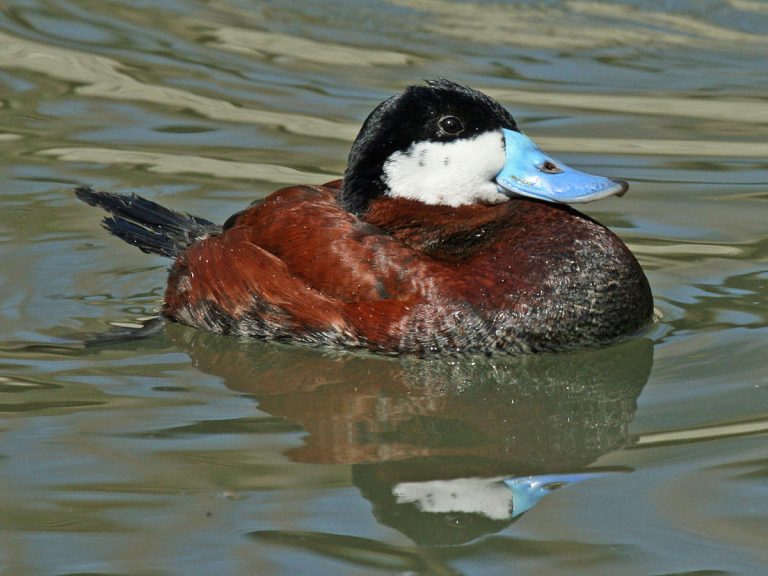 In the past, it was assigned several subspecies, which many experts have come to consider a different species. One of them was the oxyura jamaicensis ferruginea, which lived in the south. It was considered a separate one because it had a completely black face and was larger. The Andean oxyura jamaicensis was also once established as another subspecies, but due to the variation in colors it had, it ended up being considered a hybrid between the North American malvasia and the Andean red duck.

Ready to know their behavior?

It is a migratory bird that when winter comes, it moves to the southern part of the American continent, especially to coastal bays and thawed lakes. Their food is composed of seeds, roots of aquatic plants, insects and crustaceans that they get from the area in which they live. They are very good swimmers and divers, spending most of their lives in the water.

Because it is such a widespread species, the mating season depends on the area in which it occurs. Once the female has been inseminated, it appears that the male’s task is null during the incubation process. The female will lay between six and ten eggs. The incubation period for these is between 23 and 26 days. The children spend almost two months with their mother until they learn to fly and leave the nest. 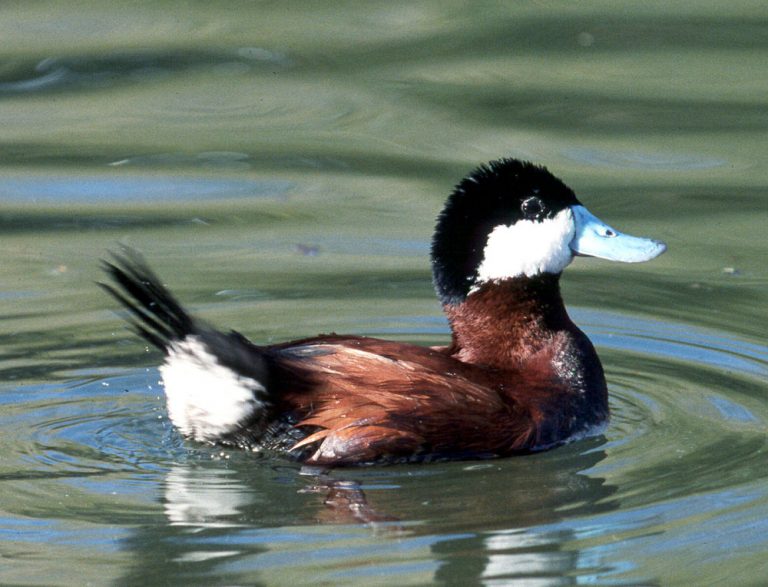 When it was introduced in Western Europe, it was a species to be used in hunting grounds. However, the escaped specimens settled in Great Britain and have since spread to other countries. It has reproduced and crossed with the white-headed duck, which lives in southern Europe.

It is a species with a unique colonizing potential, and since it constitutes a threat to the native species, it has been classified as an invasive alien species in Spain. In Spain it is a prohibited bird, both its introduction and possession. Since 2013 there is a program to eradicate it because of the threat it poses to the White-headed Duck.