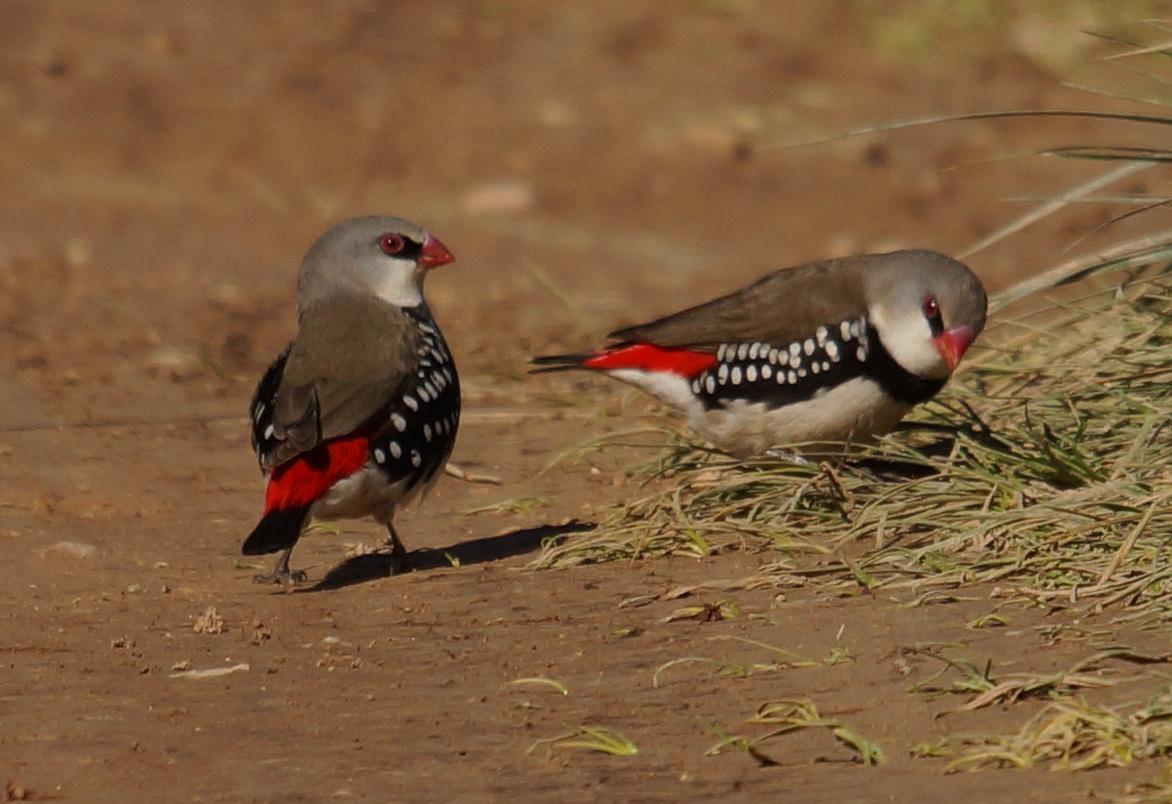 Are you looking for some advice on the type of bird you might have as a pet? One of the best options is to opt for the variety of the diamond family, of the passerine family. Still, the Diamond Firetail?

Where is this species from?

It is a bird with quite a history, as the Diamond Firetail (stagonopleura guttata) is a bird that was bred in Australia, from the Eyre Peninsula to the southern part of the continent. In Europe it has been bred since the middle of the 19th century, with great success in France and Holland. 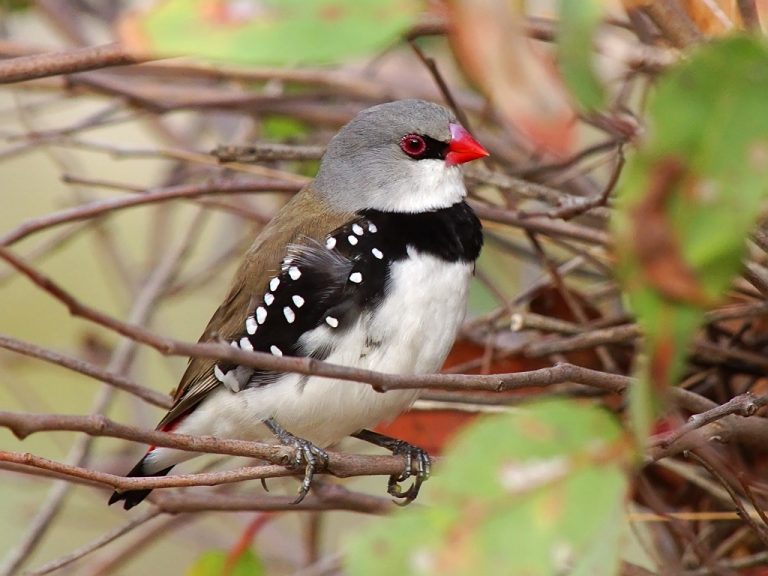 It usually resides on the slopes of the Great Dividing Range on the Australian continent. Although the species is not “threatened with extinction”, it has been greatly threatened by human expansion, which has destroyed much of its habitat.

If there is one thing that characterizes it, it is that it turns out to be quite a beautiful bird to look at. On his face he has a black feather mask, in contrast to the red glow of his beak. The head has a white throat with the nape of the neck in a gray tone that darkens as it approaches the back, which has black feathers that gain more and more tonality.

Its chest also has black feathers, which move to its wings, which have white spots. The lower part of the chest is white, but it becomes grayer as it falls down towards the belly. When it is perched on a branch or a perch, it has an elegant and sober bearing that makes it quite interesting. 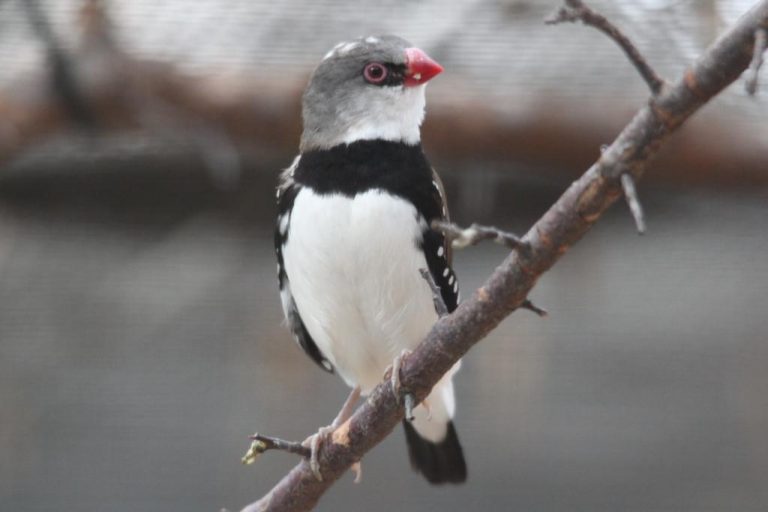 It does not have sexual dimorphism, so those who want to breed it will have to resort to DNA testing to determine the sex of the bird. Its size is 10 cm in length, and some caregivers rely on the size of the bird to differentiate the sex, but it is a method that has already been proven to be ineffective.

It’s the pet I want, what do I need to know?

Although it is a species that is being worked on a lot by breeders from different parts of the world, it has some problems. If you want to have this bird for reproduction, it does not have to be caged, because the chances of success in reproduction are reduced by almost 70%. In addition, despite being such a small bird it is quite active and likes to fly, so it needs a large cage or live in a large aviary to fly. It has the advantage that it is a fairly resistant bird, so it can withstand temperature changes very well.

The diet of this bird is composed especially of seeds, with millet, panizo and canaryseed. But you also have to eat some live foods, such as ant eggs, flourworms and other small insects that help them during the breeding season.

As for how long this bird lives, it is a bit variable. It adapts perfectly to life in captivity, unless you are going to reproduce it, which will require a large space in which to move, and can live between six and nine years, with some cases of a mottled diamond that has reached the age of 10 years.

For their reproduction they will need a good trunk in which to make the nest, as well as the materials to build it. But it is a very hard task that can only be done by experienced breeders, not recommended for beginners as the chances of success are very low.