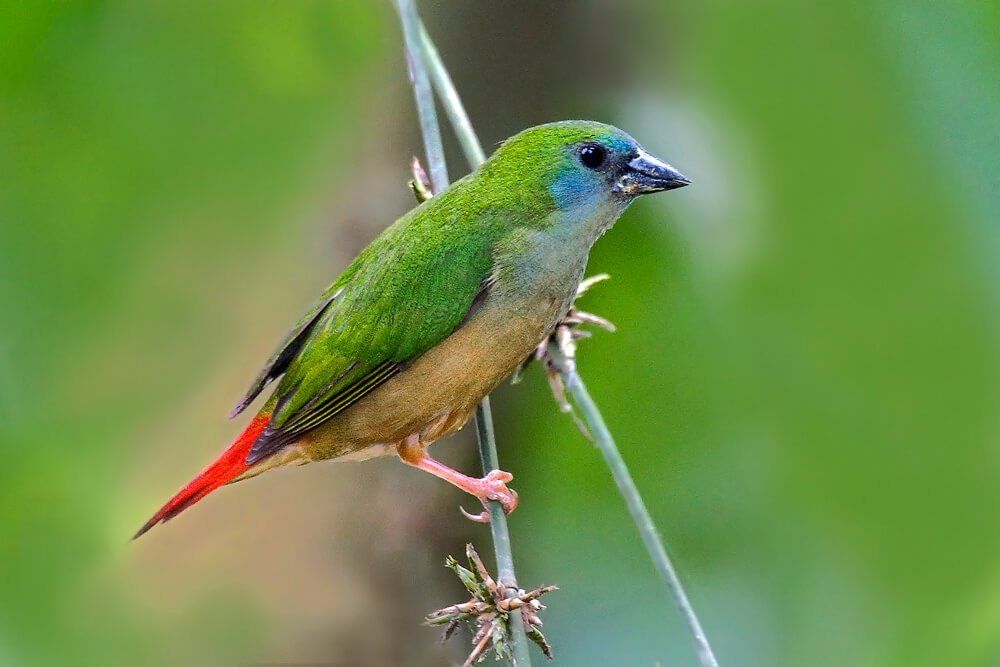 Are you very interested in getting a copy of the diamond family? Because if so, there is a variety of this family that you will undoubtedly love: the four-color diamond.

One of the most beautiful birds in Asia

Undoubtedly, the four-color diamond, known by the scientific name of erythura prasina, is one of the most beautiful species in its family. It is endemic to Southeast Asia and can be found in Malaysia, Brunei, Cambodia, Indonesia, Laos, Burma and Thailand. 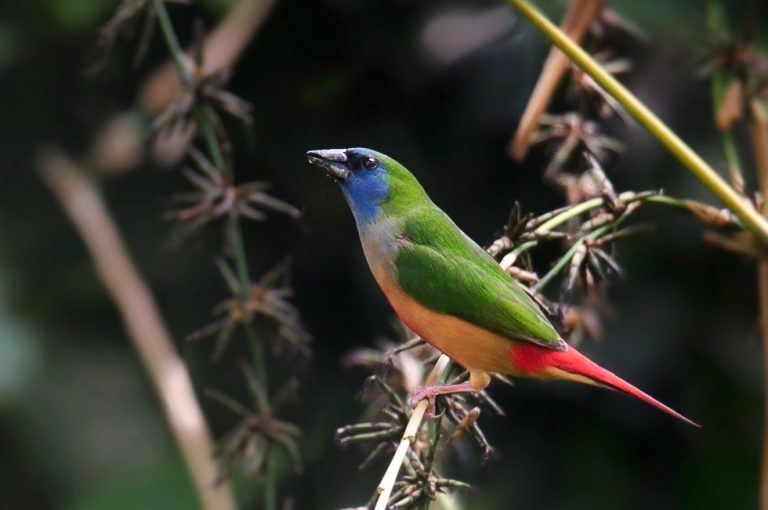 They typically reside in tropical and subtropical habitats, either in montane biomes or in lowland forests. They can also be found in bamboo bushes or rice plantations. Although it is very beautiful, it is considered a pest, as in some areas it has ended up with rice plantations. It is a fairly new species, having been discovered in 2007.

Does it look that beautiful?

The variety of diamonds are already beautiful, but the truth is that in this case you are facing one of the most beautiful variants in the world. It measures between 11 – 13 cm and weighs around 75 grams.

It has a very distinctive plumage, as its feathers are tinted with four colors. The throat, cheeks and forehead are blue, while the wings and back are green. The chest is ochre, and the upper body is red. Its beak is black.

It presents a slight sexual dimorphism with which the male can be differentiated from the female, since the female has the shortest tail and the green color of its plumage seems to be a little paler.

It is a very social bird of character, which are also known as colifinic diamond or sharp-tailed parrot finch. They are very sociable with other birds of the same species, as well as with birds that may belong to one family or even a different species.

What do you need to know for their care?

Among the great variety of diamond birds, the four-color diamond is not classified as a bird for beginners. Because it’s a bit of a complicated bird to look after.

To begin with, you need a large cage so that it can fly into it and be filled with vegetation with a humidity level of 80%, located in a very bright area with a minimum of 12 hours of light (natural lamps can be used) and a place where you can take a bath. Because these special conditions have to be reproduced, not everyone can take care of them.

Their diet couldn’t be simpler, since like the rest of their relatives they feed mainly on seeds. One of his favorite foods is the grain of rice, but you should avoid giving it to him frequently, since the starch in the grains of rice is not healthy for the health of the four-color diamond. The best thing is to give it a mixture of seeds and make the rice a prize.

Although it is classified as a difficult bird to breed for beginners, in its favor it has to be very easy to get it to breed in captivity. In fact, some experienced caregivers use them as wet nurses to care for chicks that cannot be cared for by their parents. The biggest problem is to adapt the environment of the cage to reproduce the ideal conditions. But, if it is found, the couple will do the job without the need for the caregiver to intervene.