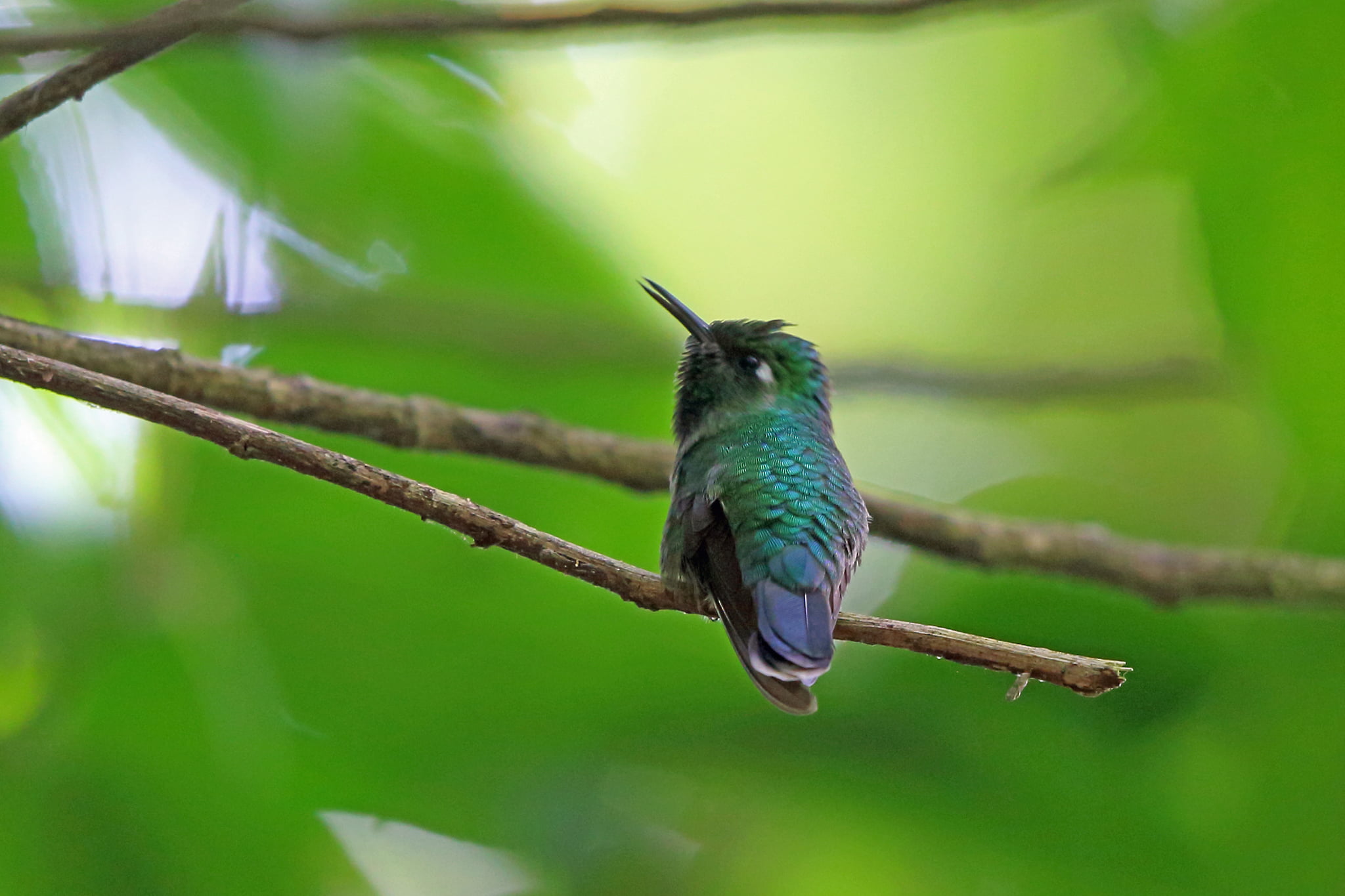 Is it too hard for you to say what your favorite species of hummingbird would be? The truth is that it is a rather difficult decision, as there are so many that choosing just one can be complicated. But still knowing more about the abeillé hummingbird helps you make a decision.

Is this species so well known?

The Emerald-Chinned Hummingbird, or abeillia abeillei, is a bird that belongs to the trochilidae family and is the only member of its genus. It inhabits mainly tropical and subtropical, humid, mountainous and wooded forests.

It is native to Belize, El Salvador, Guatemala, Honduras, Mexico and Nicaragua, where it is quite widespread and is well known to the locals for being easy to distinguish from other family members.

It is a small bird that only reaches 8 -9 cm in its adult stage. Although the female is a little smaller than the male, they are almost identical in appearance, so there is no visible sexual dimorphism to distinguish them with the naked eye.

It is characterized by the metallic tones of its feathers. From the throat to the bottom, the color of the feathers is cream-colored, while the top of the head and wings is a metallic green color. The back and tail feathers are metallic purple in colour.

When flying, it is very beautiful to see the fluttering of its wings mixed with the bright tones of its feathers, which seem to glow with the movement of its wings.

Quite widespread in Central America

The truth is that it is a bird that is quite widespread in Central America and does not cost much to find it in its natural habitat. It is also not uncommon to see them in the gardens of parks or houses, where they go in search of food.

Their diet consists mainly of nectar, which they extract from the flowers. He knows perfectly well what kind of flowers are ready to get nectar from them, discarding at first glance those that are not yet there. In the event that another hummingbird approaches your food zone, there may be a clash. However, because it is not such a violent bird, it may not try to engage in battle, especially if the hummingbird is larger. In the case of an insect, such as a wasp or bee, you could devour it to make the rest of the world understand that this area of food is theirs.

The mating season usually takes place between February and March. Hummingbirds can mate with more than three females during this period. The females will be responsible for incubating the eggs, feeding the chicks and protecting them until they are old enough to leave the nest. A process that can take about a month. After this, the young specimens take flight to find their own food source.