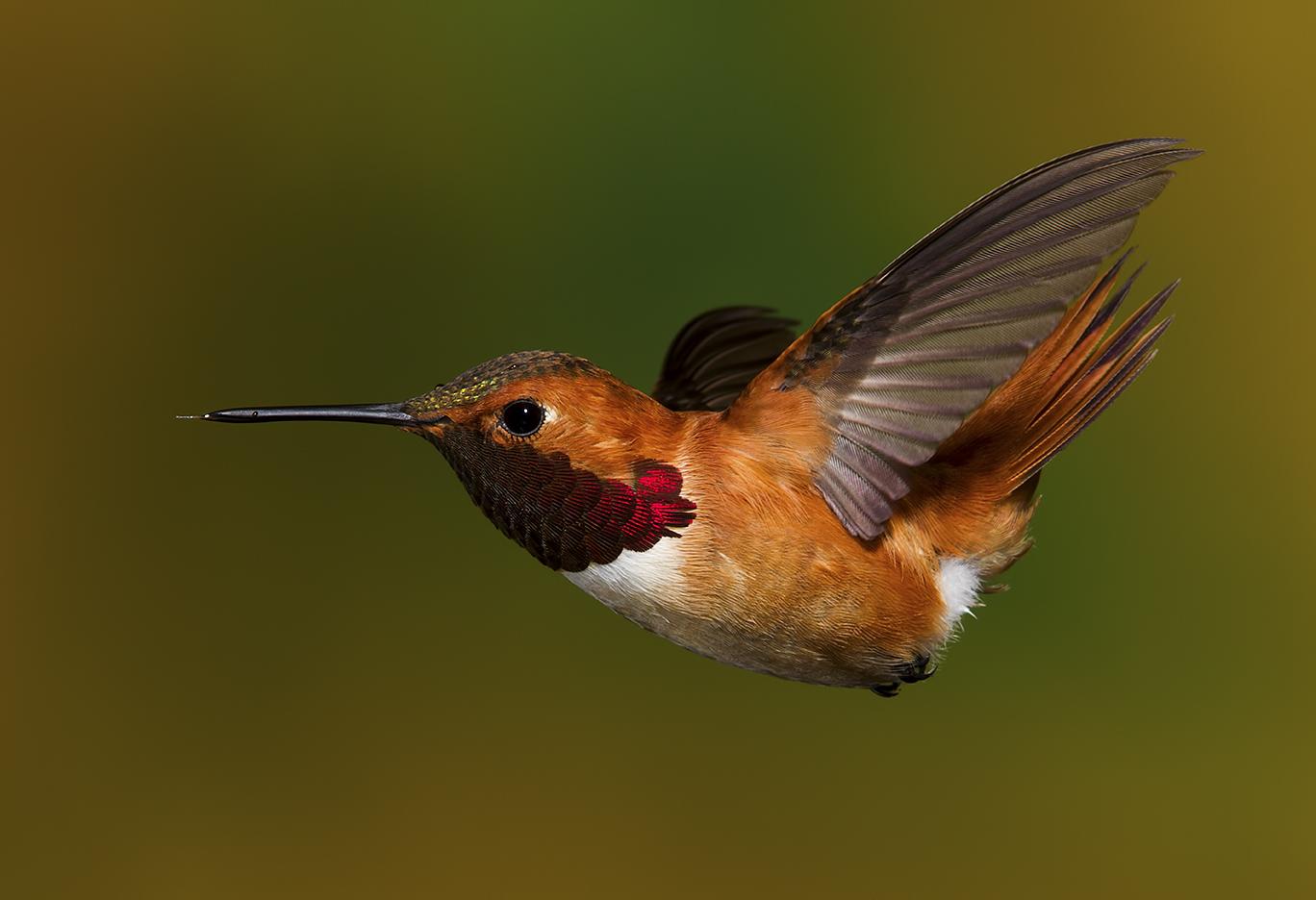 Did you know that among the bird species the hummingbird is considered one of the most beautiful on the planet? This bird has enamored millions of people with its beautiful colors and its curious way of flying, such as the rufous hummingbird.

Where do they live?

The rufous hummingbird, known by the scientific name of selasphorus rufus, belongs to the trochilidae family and lives in the American continent, mainly in Canada, USA, Mexico, Bahamas, Turks and Caicos Islands.

As a curiosity, this bird has one of the longest migration routes within the birds, as they travel over 2,000 kilometers. This is why they have to be very strong and well fed to be able to travel such a long distance.

And how can you recognize him?

It is a small bird that measures no more than 9 cm and weighs no more than 5 grams. It has a slight sexual dimorphism that makes it possible to differentiate the male from the female.

The male has a white breast, while the face, back and sides, as well as the tail rufa. The throat has an orange patch with a quite distinct reddish hue. Some males may have some green or crown color. Females, on the other hand, have green underparts with a little white and some orange feathers in the throat area. In the case of its tail, the end is white and the base is rufa.

In size the male and female do not differ much. Since in some cases the male’s color is green on the back, this makes them difficult to differentiate from the Allen hummingbird. The reason for its name ‘rufus’ is due to its wrinkled, dark bronze tail. Their wings are black at the tips, bronze in color as they approach the body.

And how is their day to day life in freedom?

According to experts, the rhubarb would be the most aggressive of all hummingbird species. They are well known for pursuing each other within their territories, in order to establish who will be the leader of the area and where the places where everyone can eat will be. When they are not eating, they monitor their feeding areas. If another hummingbird has an interest in that area, it attacks him to make them understand that it is their territory. This behavior is not only repeated with other hummingbirds, but also with wasps, bees and other nectar-feeding animals.

When winter comes, this species migrates to a warmer area, being one of the species in which they have to travel the furthest distance from all the bird species that exist.

Its main food source is nectar for sugar and protein, the two key elements of the species’ diet. They extract sugar from nectar from plants. Thanks to its large memory for knowing which flowers are ready to extract nectar from, they can quickly search for the food they need. Their other source of food is insects, from which they get their protein. They typically consume three times their body weight per day.

At the time of reproduction, the males will perform a courtship ritual, with singing and diving, in order to mate with the female. Unlike many other species of birds, the hummingbird is not monogamous, but will try to mate with as many females as possible after courtship. They will look for a place to lay their eggs, close to where food can be easily obtained. The female will lay up to two eggs, and after 14 days of incubation the young will hatch. These young specimens will depend entirely on the mother until they have reached the age of 10 days, at which point they will become a little more independent to look for their own food. The father will not be by his side at any time, which is why the survival of the offspring is so low.