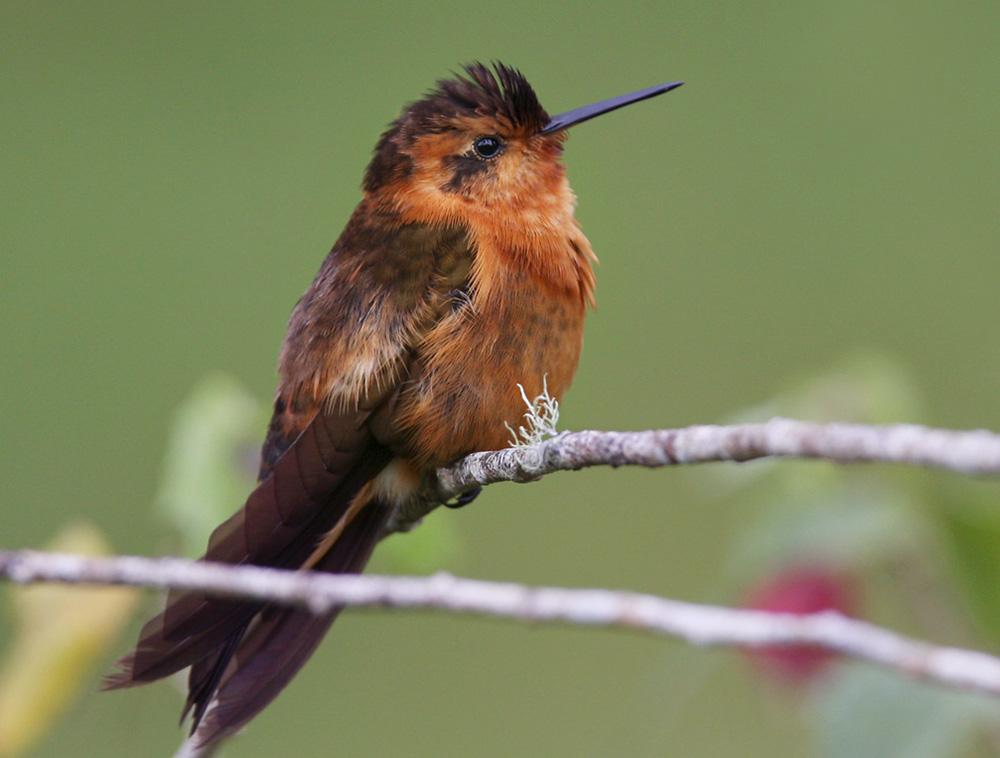 It is true that most hummingbirds cannot be kept as pets, as this would be a great cruelty to the bird. But is this going to stop you from discovering a little more of the wonderful world of this fantastic species? For example, why not learn a little more about the Shining sunbeam?

A large species from the tropics

Although it is known as the copper hummingbird, it is also known as the long-winged hummingbird or paramuno hummingbird. Its scientific name is aglaeactis cupripennis, and it belongs to the order of the apodiformes.

It lives in the tropical and subtropical rain forests of Colombia, Ecuador and Peru, between 2,500 and 4,300 meters of altitude. It is very rare to see him leave these forests to travel to the city in search of food.

The truth is, it’s quite a beautiful species. They can measure up to 12 cm in length and weigh up to 7 grams. It could be said that, although the male and female are very similar, they present a slight sexual dimorphism.

The beak of both sexes is short and straight. But males are metallic brown at the top, with a dark crown on the head and purple iridescence and a coppery shade in the tail area. Its neck and chest are reddish-brown, with a copper-coloured tail.

The females, on the other hand, have the color of feathers similar to those of the male, but with a more muted tone. In addition, the iridescence that the male has in the upper part the females do not have them. The young are quite similar to females until they make their first feather change.

And how do they live?

The behavior of a member of the copper hummingbird family is not much different from that of other members of this species. They are territorial as far as their food zone is concerned. They are not violent if people approach these areas, but if they are other nectar-feeding animals, they can become the best protectors in the area to keep it safe from potential thieves.

Its main, and almost the only, food is nectar, from which it extracts the sugar it needs to survive. But a hummingbird can not only feed on sugar, which is why it has to combine its diet with a little protein. This protein is obtained from small insects found in the fields. Normally, you’re mostly looking for nectar to feed on throughout the day, but you may also be looking for an insect from which you can get these proteins to survive.

It’s not a monogamous species. In fact, when they are in mating season, the copper hummingbird tries to mate with as many females as possible. The females, once the courtship and mating process is complete, look for a place to have the young, usually in a hollow tree where they build the nest. They lay up to two small eggs, very rarely three. The survival rate of the offspring is very low, as it is the female who takes care of the offspring completely. It incubates the eggs for about 15 days until the chicks are hatched, feeds and protects them from potential predators until they are old enough, usually 10-12 days, to leave the nest.