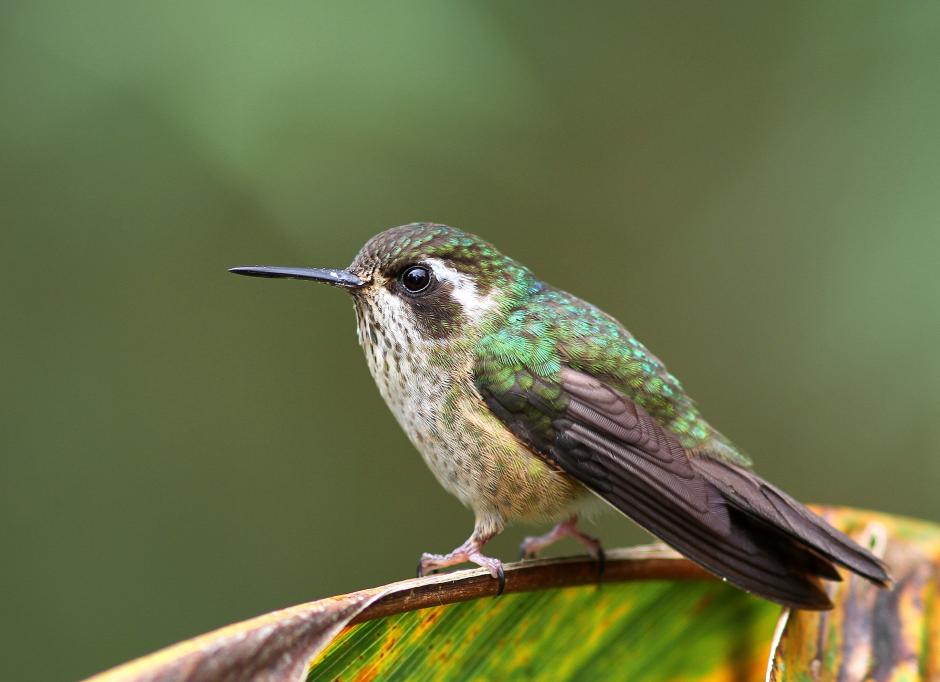 Don’t you ever get enough of hummingbirds? Of course you don’t! A species so beautiful and so attractive always has something new to show you. Like the Speckled hummingbird, for example, which I’m sure you’ll love.

Only member of their family

Within the trochilidae family, the adelomyia melanogenys, or Speckled hummingbird as it is commonly known, is the member of the order adelomyia. It lives mainly in Argentina, Bolivia, Colombia, Ecuador, Peru and Venezuela. 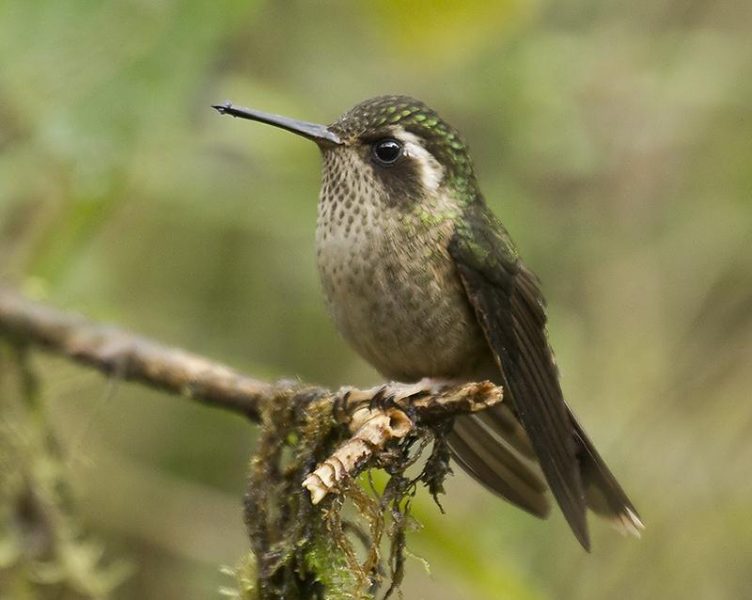 It lives in mountain cloud forests, at an altitude between 1,000 and 2,500 meters above sea level. It rarely goes down to residential areas, but it can be seen near public gardens or houses where it can extract food.

Beautiful as few others

Within the hummingbird family it is one of the smallest specimens, since it is only 8 cm long and can weigh up to 3 grams. There is no sexual dimorphism, although the female appears to be slightly smaller than the male.

The color of their feathers is very beautiful to the eye, with the top of a bright green shimmering to bronze. On the other hand, the underside is pale, with green and bronze spots. On the cheek there is a black spot, under the eye, with a white stripe. This stain does not appear in young people until they have made the feather change.

A total of 8 subspecies are recognized:

The difference between these subspecies is not notable enough. They mainly vary in the amount of spots they have from their body feathers. Although some may lack the black feather right in the eye area.

Following the same custom as the rest of its family members, it is a bird that gets its food from flowering shrubs and lianas, such as lobelia, fuchsia, psammisia or pumping. It can also feed on small insects that it collects on the surface of leaves or that it captures in the air when it moves back and forth in search of food.

It appears that it does not have a specific time for reproduction, although the range is set between January and May. The nest they make is shaped like a cup, formed by moss and spider web and filled with vegetable fibers. They usually build it out of moss-covered logs. The female lays two eggs, which she incubates for 18 days and then proceeds to care for the chicks 24 days until they are old enough to leave the nest. 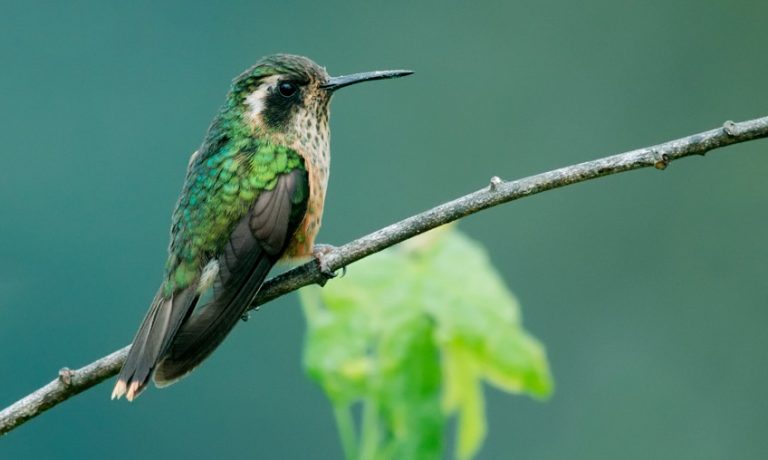 Not as violent a bird as other hummingbirds, but it does like to keep out strangers from its food areas. It doesn’t like fights, but if he has to face another specimen to keep the nectar from the flowers safe, it will attack him without any doubt to avoid losing his territory. As far as the young are concerned, it is the female that takes care of keeping them safe. The male only mates with her and then leaves, to go on with his life.