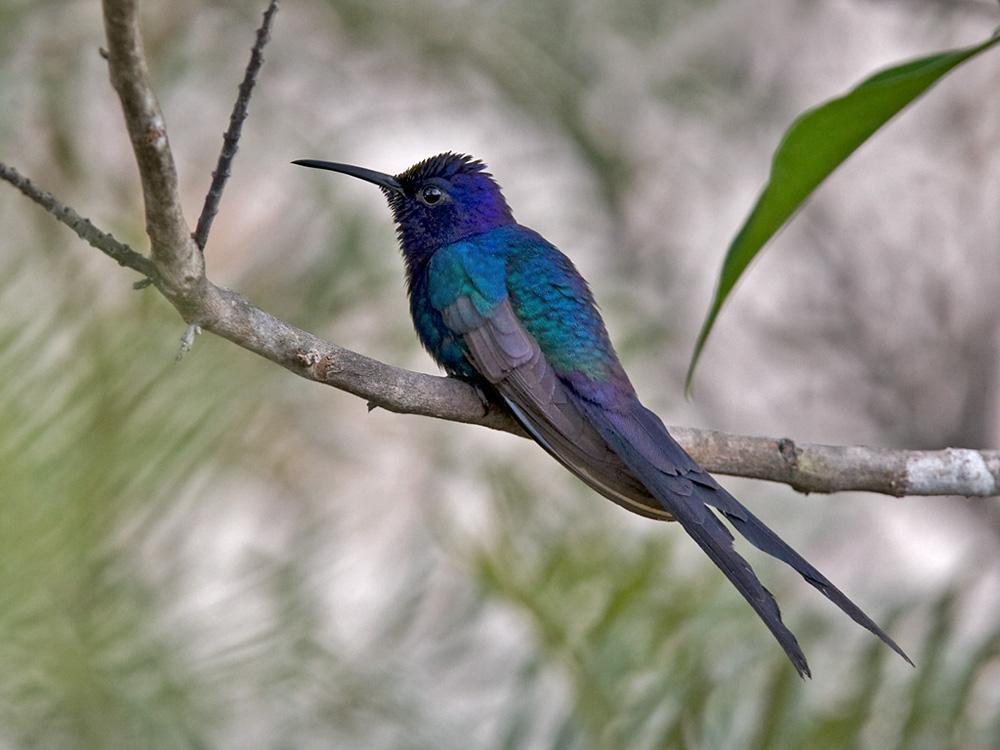 You’ve never heard of the swallow-tailed hummingbird? I’m sure you’ve met one before, but you’ve never noticed. Now, by discovering more about this wonderful bird, if you meet it, you will never again be overlooked.

Is it a widespread species?

It is also known as the scissor hummingbird, and is known as the scientific name for eupetomena macroura. It is especially distributed in the center and east of South America.

It prefers to live in semi-open habitats, including gardens and parks in the main cities of the continent. It avoids the interior of the humid forests, but sometimes it can be seen in the clearings or on the eastern edge.

It is the largest species of the hummingbird family, which can measure between 15-19 cm in length. Almost half of its extension corresponds to the tail. Its weight is 9 grams and its wings can reach 8 cm long open.

When your wings are open, they can be as long as 8 cm, longer than a hummingbird’s wings normally are. Its beak is black and slightly curved, about 21 cm. Its plumage is iridescent green, with a blue head, upper chest and tail. It has a small white spot behind the eye, something very common among hummingbirds but not usually visible. The shirts are blackish brown.

Both sexes can be quite similar to each other, but the female is actually a little smaller than the male, with a more muted tone. The young specimens have an opaque, dyed brown head. 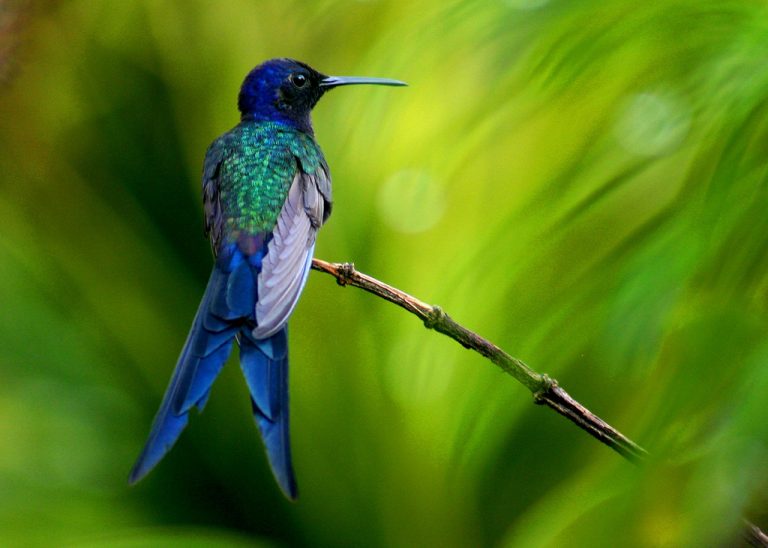 I want to know more!

The truth is that this is one of the most widespread hummingbird species in the world. When it comes to foraging, it does so at the middle levels, taking advantage of good sources of food from close to the ground to the top of the trees. Its main food is the nectar it extracts from flowers, especially from Fabaceae. But, in cases where there is not much, it can feed on insects.

In some South American countries, such as Brazil, it is very common to see it in urban gardens, attracted by the people who install hummingbird feeders so that they can get food without much difficulty, which shows the close bond they have with humans. 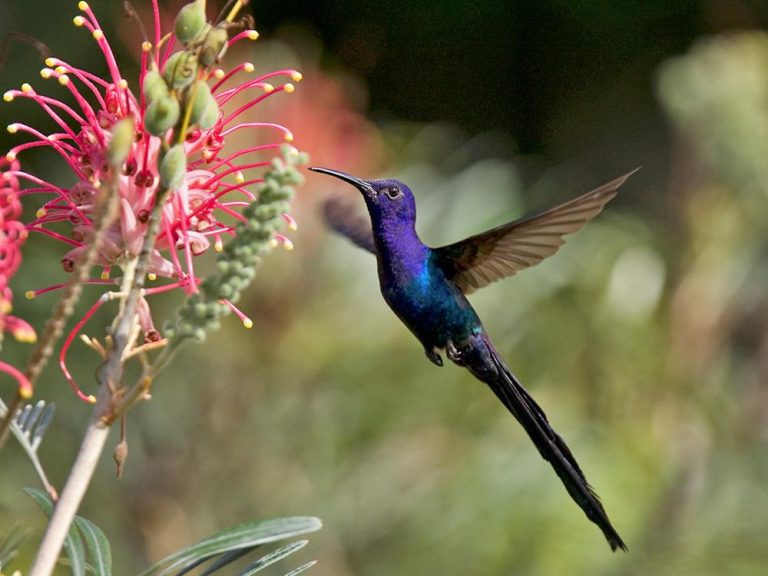 Although it may be an animal that is so accustomed to contact with humans, it is quite territorial and can aggressively defend all its nectar sources. Thanks to its large size, it is a species that is quite dominant over other hummingbirds, and can even attack other species larger than itself, in the event that it detects that its food may be in danger.

When it comes to dealing with humans, some swallow hummingbirds are very accustomed to contact with them, but it is true that most only tolerate a certain amount of time with them.

When it comes to reproduction, you can be willing to do it all year round. Once the courtship and mating have taken place, the female will proceed to build the nest, between July-September, forming it with soft vegetable fiber and lichen and moss lined. It will be cup-shaped and the female will lay two white eggs in it and will incubate them. When the chicks are born, after 16 days, they will be cared for for about 25 days, so that they can fly for the first time. But they do not become independent until 2 – 3 weeks of age.