What is the largest member of the kingfishers‘ family? A truly impressive bird, known as the Giant Kingfisher. It hasn’t been well studied, but it will be well worth what we have to tell you about it.

A species that lives in the…

This species is known by the scientific name of Megaceryle maxima, a species of coraciform bird of the Cerylidae family, which is typical of the African continent.

It is a species quite widespread throughout the continent, and is usually found near large areas of vegetation near rivers and streams, where it can obtain its food source.

How big is it?

It is a fairly large species, measuring up to 46 cm, making it the largest member of the megaceryle genus. No sexual dimorphism.

It is characterized because most of its body is covered by a black plumage, with a touch of silver. On the head, the tips of the feathers end in white. On the other hand, in the area of the wings, when they are closed, they appear to be mottled in white.

Its neck is white, with a reddish tone to the chest, reminiscent of copper. Its beak is bone black, as well as its legs are also very dark in colour. The female is usually a little lighter than the male, the only way to distinguish between the sexes.

What do they eat? How does it reproduce?

This species feeds mainly on fish and some small crustaceans, such as crabs. However, when the water is too cloudy to detect its prey, it often consumes aquatic insects and some mammals. Occasionally you may consume reptiles and amphibians to supplement your diet.

The breeding season of this species depends on the area in which it is found. For example, in the northern area it can be between December and February, while in the southern area from December to January. Breeding pairs are not established to be monogamous. 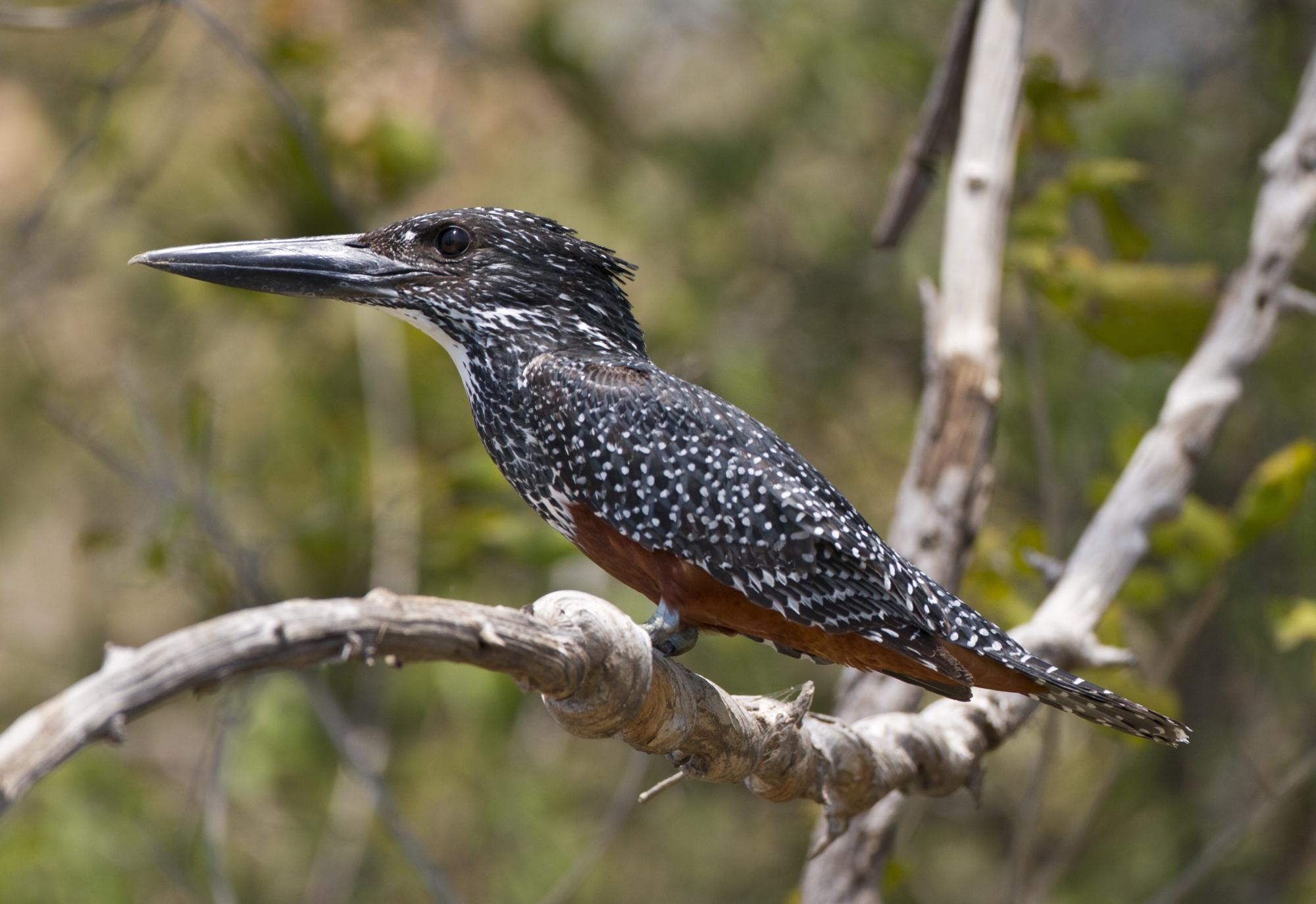 Both members build a nest near the coast of the river, digging an extensive tunnel up to 40-50 cm long, which ends in a huge, very spacious chamber. There they both build the nest and carry supplies. The female will lay 3 to 5 eggs, which she will incubate with the male for about a month.

When the chicks hatch, it will take one month for them to leave the nest for the first time and almost two months for them to leave it completely. During that time, they will be almost entirely dependent on their parents.