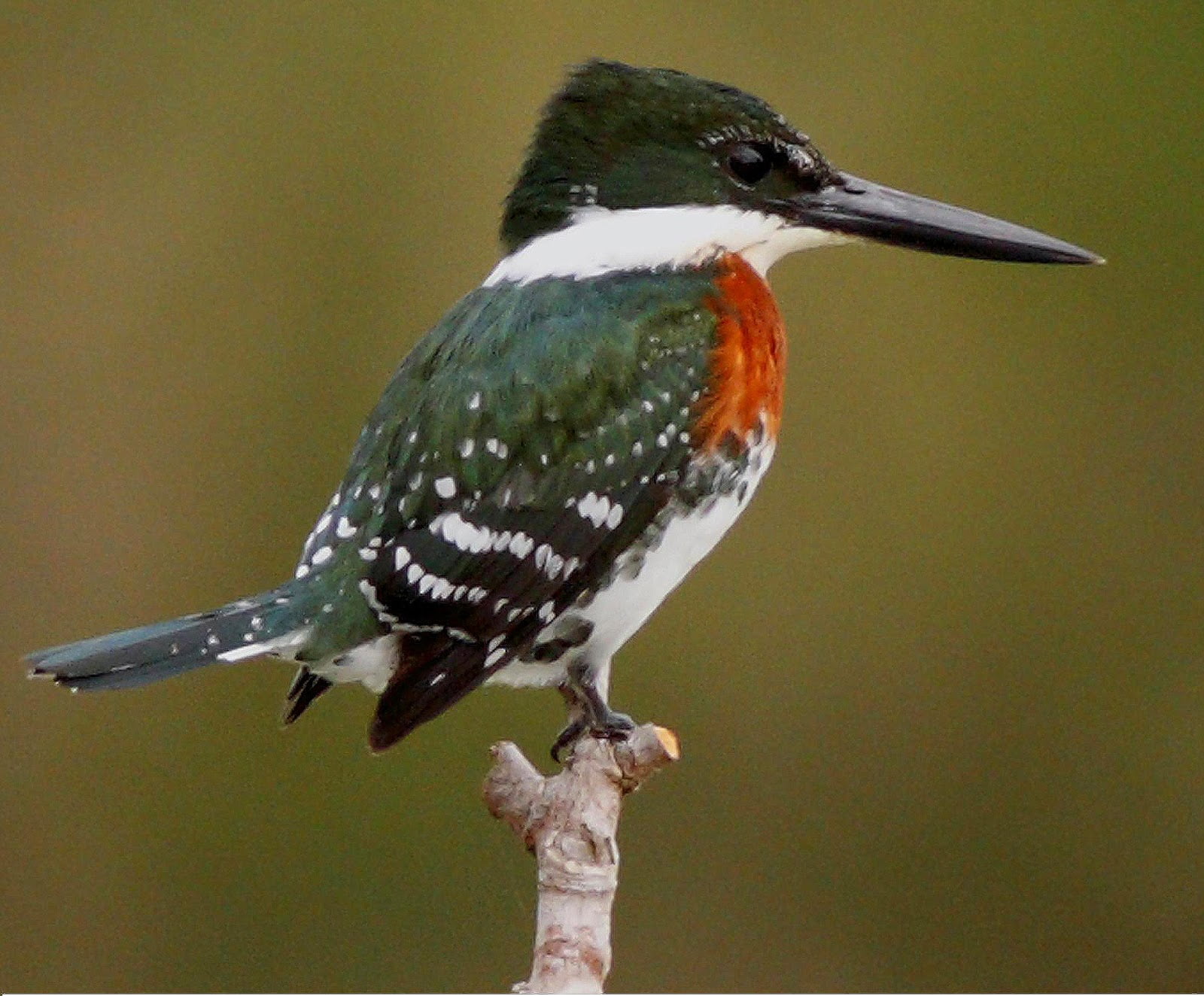 Watching them hunt, moving through the air, watching them hide…. Without a doubt, kingfishers are a marvel. But you know what’s really special? Know their different species! Today we’ll talk to you about the green kingfisher.

Also known as the small kingfisher and Chloroceryle americana, it is a coraciform bird of the Cerylidae family, which resides and is distributed from South Texas to Central America. 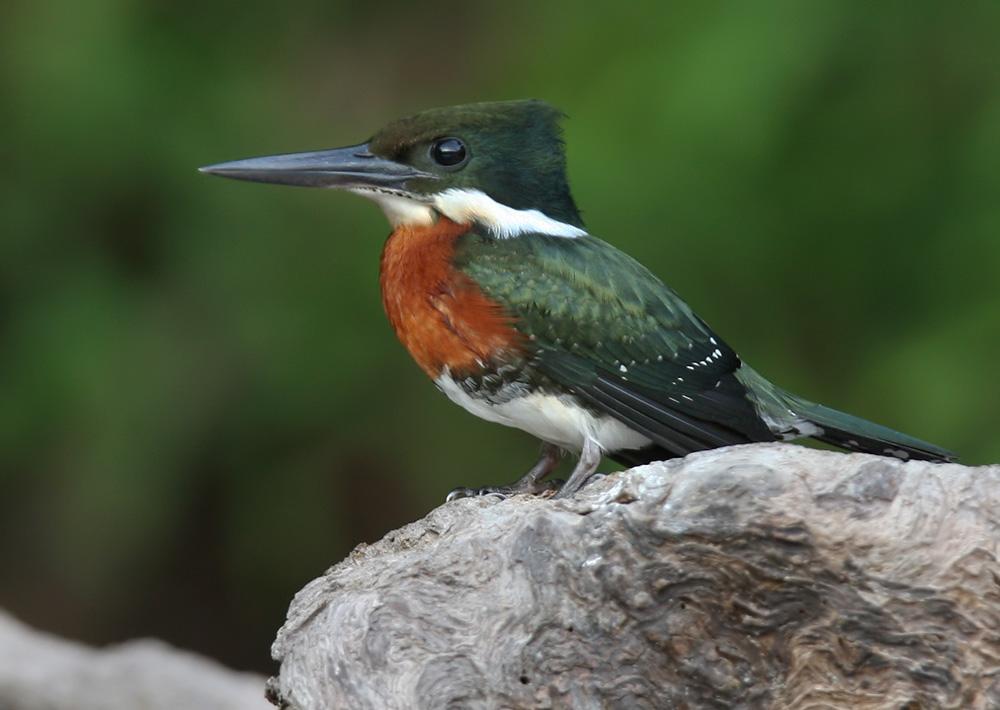 It usually lives near streams and rivers, in areas with a lot of vegetation, to be able to merge with nature thanks to its plumage.

If there’s one thing this species stands out for, it’s how beautiful it is. It measures 19 cm, and can weigh up to 27 grams. It presents a slight sexual dimorphism.

As far as his appearance is concerned, he is like the rest of the kingfishers. Its tail is short and its beak long. The colour of its body is olive green (hence its name), with the presence of white spots on the wing and tail area.

The difference between the sexes is that the male has a white bottom with a brown breast. Females, on the other hand, also have the lower part in white, but with the upper part in green. Both sexes have a yellow throat.

When do they breed?

The time of reproduction of this species usually occurs between April and March. It has not been established that it is a monogamous species. The nest is built near the streams, digging an underground hole and making a tunnel that ends in a large chamber.

In that chamber, it will be where the female lays her eggs, three to four. This will incubate the eggs for almost a month, while the male will watch the entrance of the nest to prevent predators from entering. 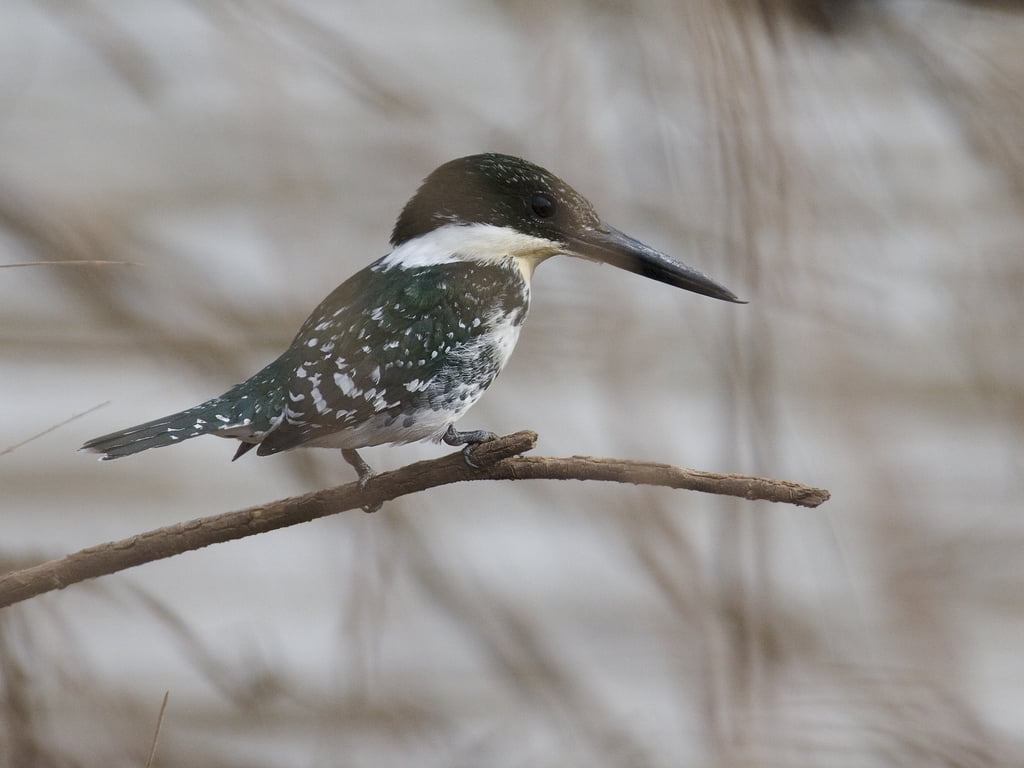 When the chicks are hatched, they stay in the tunnel for almost three weeks, until they are old enough to learn to forage for food on their own. This makes the birth rate low, as many die trying to fish.

The green kingfisher feeds mainly on small fish, very rarely any medium fish. You may also eat crustaceans or small aquatic insects. It usually eats them in the middle of the air, unless it’s a very large piece. In which case it lands on a branch and gradually devours them.