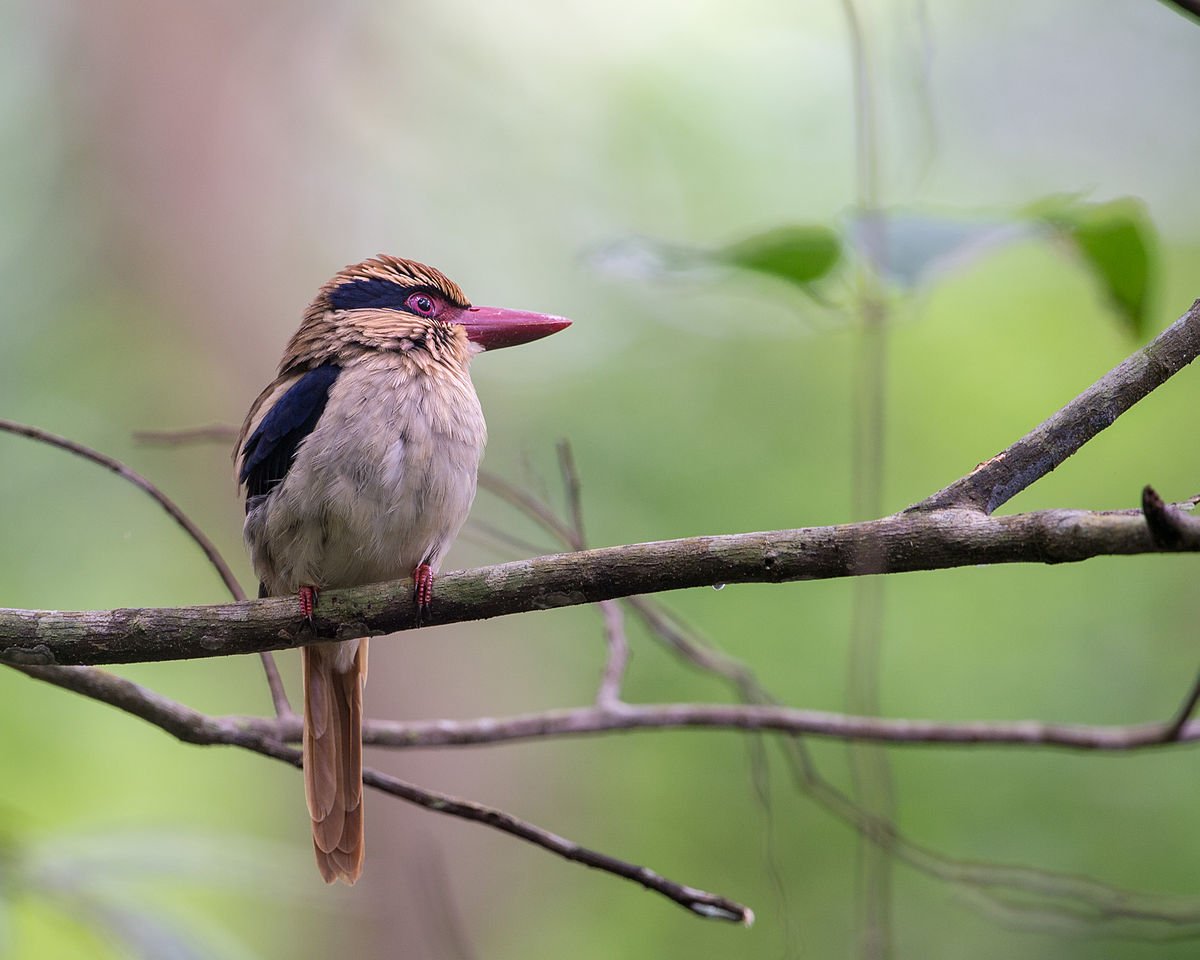 In Celebes there is a lot of fauna, however, much of it has been very little studied and very little data is available on its situation. An example of this is the Lilac kingfisher. But you want to know everything about her?

Do they have any other names?

It is known by the scientific name of cyanotis cittura, being the only species of the cittura genus. Only known as the Lilac kingfisher, it is a species of coraciform bird of the Halcyonidae family.

It seems to prefer to live in high altitude areas, where there is a lot of humidity. Apart from Celebes it has also been found on some surrounding islands such as Sangihe, Togian and Ganggai.

It measures about 28 cm and can weigh up to 400 grams. His appearance is not far from that of the rest of his family, with a short tail and a long beak.

It has a blue stripe running through the eyes, separated from the pool by a white supericiliary list. Its earphone covers are lilac in colour. The lower parts are white, with blue wings, separated by a white line in the back area, which is a brownish shade. Its beak is red and flattened. When flying, you can see that the white underside has a whitish spot at the wrists.

Although the male and female are very similar, they can be distinguished because they have a black eye fringe and the top covers of their wings. The younger specimens are much more like the female than the male, with a duller, browner tone. Its beak is greyish-brown in colour.

Three subspecies have been recognized:

Any particular details of its behavior?

It is a great hunter, remaining immobile in the branches of the trees until he has detected the prey he is going to hunt. It mainly feeds on insects, which it captures on the fly. However, it can also feed on worms, worms and perhaps lizards.

Their breeding season has not been defined, although it could be May or September, depending on their range. The female will lay at least two eggs, and incubate them for about a month until all the young are born. They will remain in the nest until they are old enough to feed themselves.

It is a species that has a restricted and fragmented range. It is rare and there are no records of it in southern Sulawesi. Although their status is that of an “almost threatened species”, there is not much concern about it, despite the fact that the deforestation of the forests in recent years has greatly diminished their habitat.