Why did you fall in love with the kingfishers? And it’s no wonder! After all, it’s a very beautiful species. And we’re going to tell you about one of its most beautiful specimens: the Pied Kingfisher.

Known by the scientific name of ceryle rudis, this species of coraciform bird, of the family cerylidae, is widely distributed throughout Africa and Asia, being the only species of the genus ceryle. 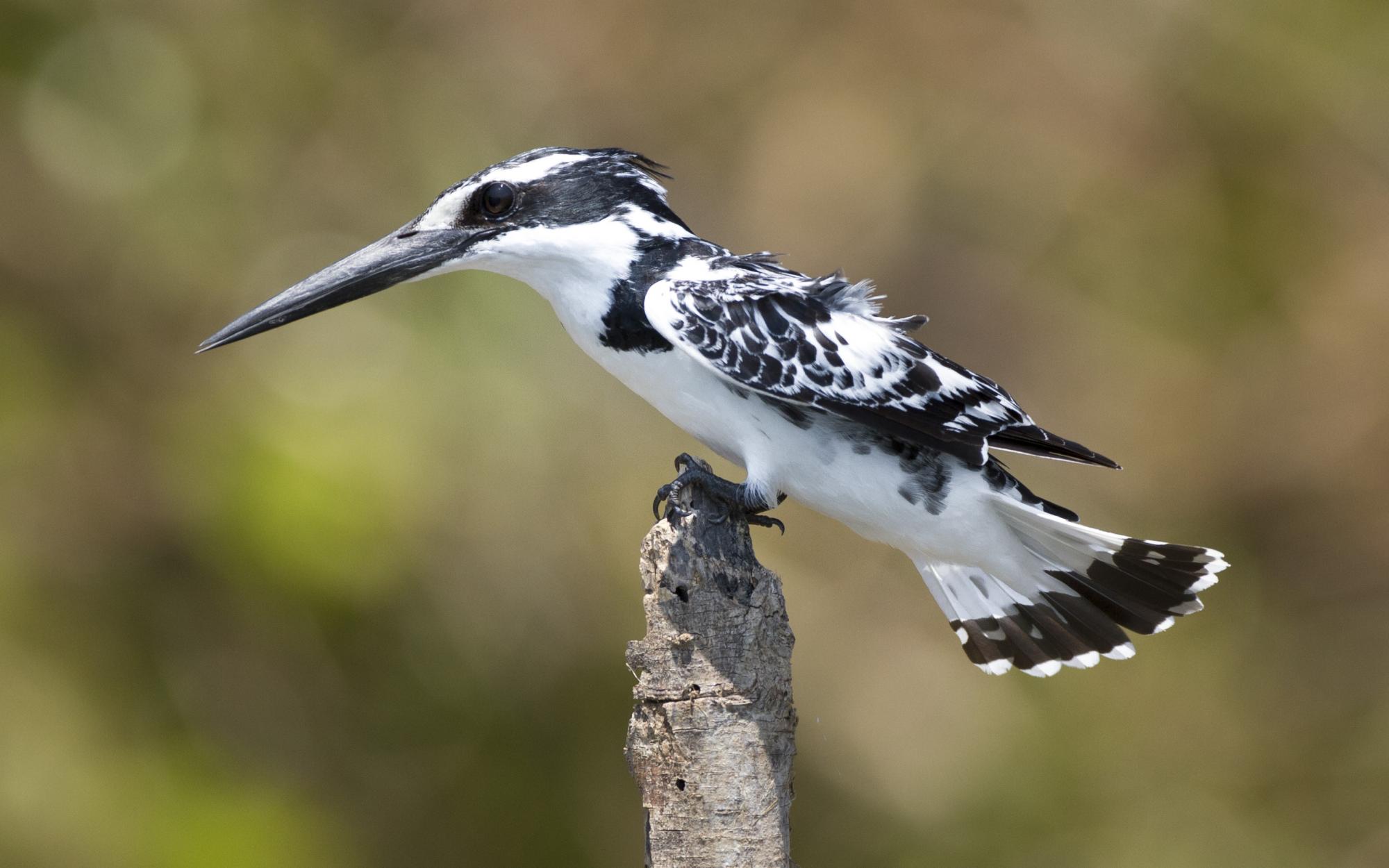 It’s a very beautiful species indeed. It measures between 17-18 cm and can weigh up to 35 grams. It presents a slight sexual dimorphism.

It is characterized by having a listed face, horizontally, with a white superciliary list on a black list, which is quite wide, and that crosses the eyes. These same lists are above his throat and neck.

The tuft and the upper parts are black with white grain, with the lower parts white except for the black bands in the chest area. The difference between male and female is based on a list. Males have a narrow list that runs across the chest, while females have a chest band, which appears to be split in half.

It is a sedentary bird, and usually does not migrate. Although you can make some movement with the change of season, but from a very short distance. It is found mainly on plains and in some mountains. It is believed to be the third most abundant kingfisher in the world.

Unlike other members of his family, it is quite noisy, so it is very easy to find and observe. Their diet consists mainly of fish. But you can also catch crustaceans and large aquatic insects, such as dragonfly larvae.

Watching him fish is a luxury, as he dives vertically, with his head down, to catch a fish. It is a very fast bird, as it can reach 50 kilometers per hour. Sometimes swallow their prey, especially when they are small, in mid-flight.

Unlike other members of your family, they may live in large flocks, especially at bedtime. The breeding season for this species is between February and April. They usually nest in a pit, digging a slope of land 1.5 metres above water level.

The tunnel is quite deep, with a chamber in which they build their nests. The female lays three to six white eggs. Occasionally, several females may lay eggs in the same nest.

When the chicks are born, they are in the care of their parents until they are three or four months old. Adult specimens that cannot reproduce help adults to care for their young. In some countries, such as India, pups are prone to worm infections. They have even been affected by leeches in some areas.