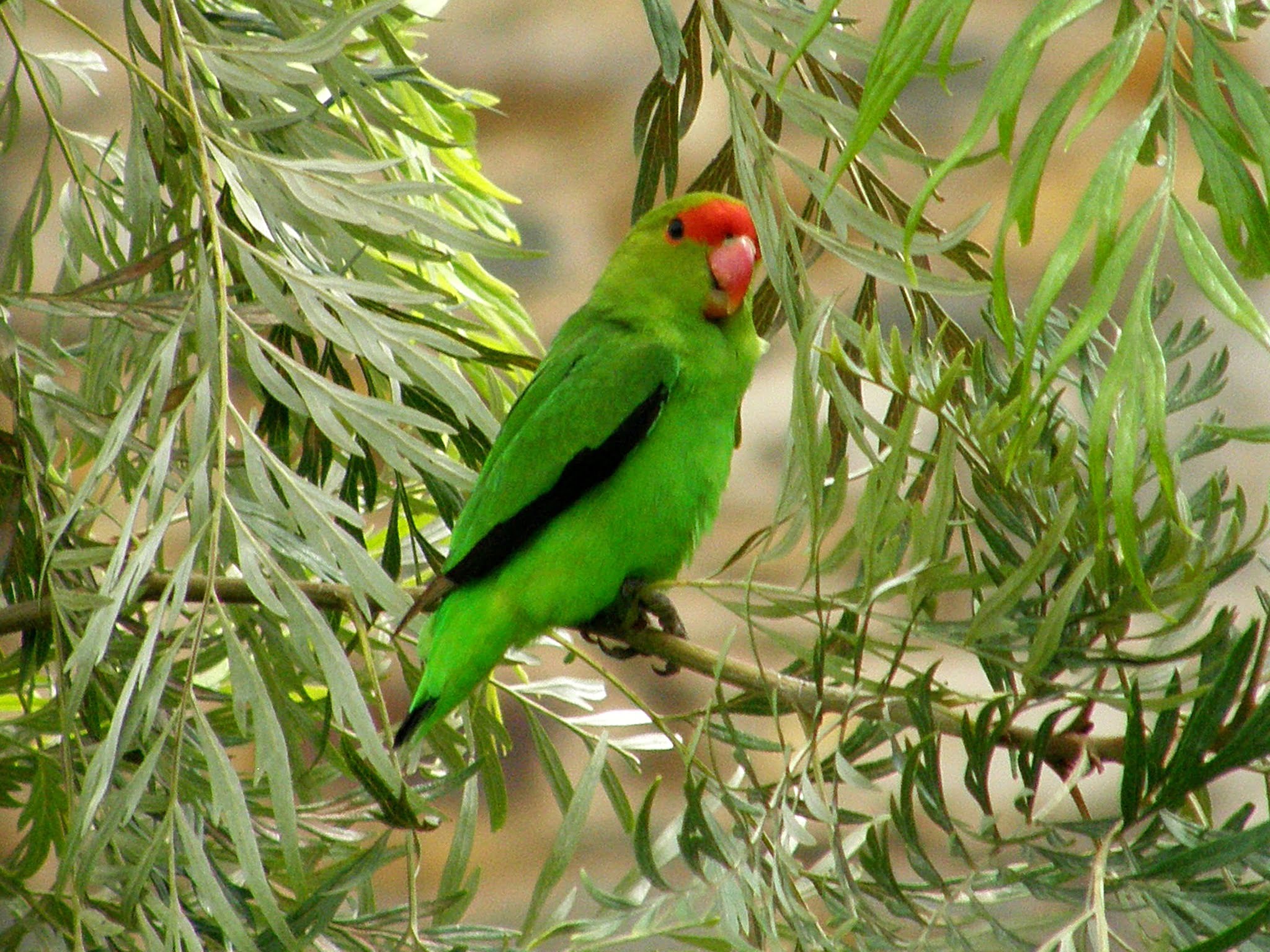 Among the nine species of lovebirds, the one of black-winged is one of the most beloved and undoubtedly one of the best species that one can breed if one is thinking of having one of these birds at home.

When did black-winged lovebird emerge?

The black-winged lovebird, also known as agapornis abyssinia, was discovered in 1814 in a region of Ethiopia, from which it originated. It is one of the most resistant, as it can live at heights of up to 3,000 metres. 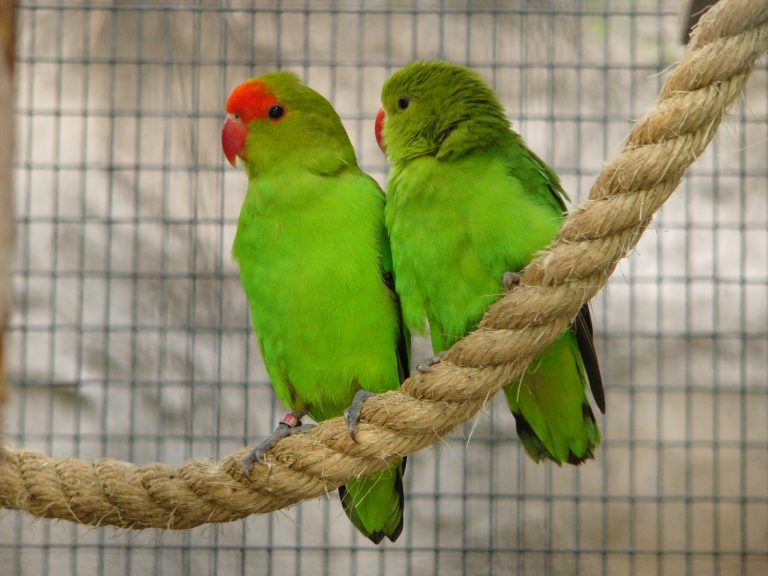 Although it is a species that many breeders want to have, in reality there is very little information about this bird and this makes it scarcely imported. Some countries, such as Ethiopia where they come from, have banned their export in order to prevent the extinction of a bird that very few know how to care for properly.

It is a medium sized lovebird that measures about 17 centimeters from beak to tail and its weight can reach 75 grams. In spite of being animals that live in such high areas, they have the charm and the docile and calm character of the rest of their relatives of this race. Unlike other species of lovebirds, no subspecies are known. 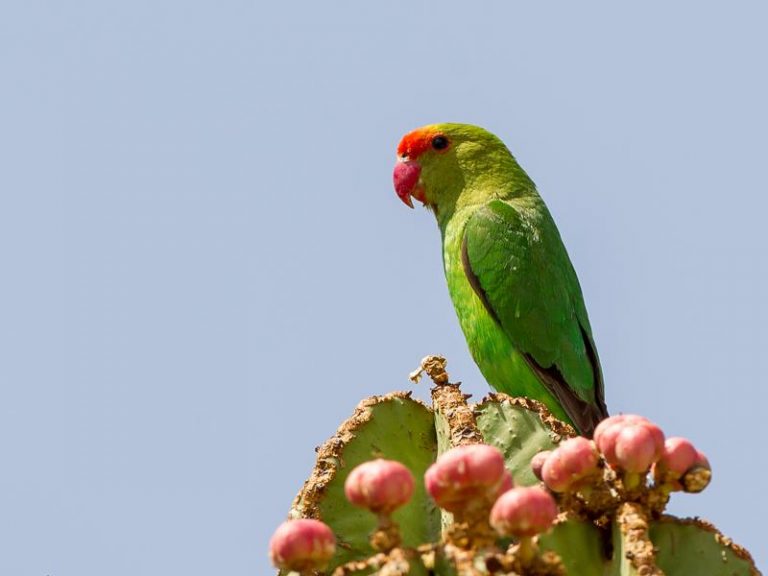 The colour of the plumage is usually intense green, except for the head, the bridles and the face which are reddish in colour. On the chest, abdomen and underarm, the green colour is a little paler, and the undercover wings and t-shirt feathers are black. Their beaks are red, while their irises are dark brown and their legs are usually grey. On contact, its feathers are quite soft, so it is very nice to caress this bird.

It is not so difficult to differentiate the male from the female, as it has a sexual dimorphism. The difference is found in the head, the flanges and the area of the face that are green, like the undercoat of the wings, while in the male they are reddish. This makes it quite easy to distinguish them, even when they are young.

In the case of the young, these birds are very similar to the females, but as they grow, the reddish color of the face and head gradually appears. To know when they are young if it is male or female, they look at the undershells of the wings, which turn black when they reach four months of age. In some cases they can be distinguished when they are smaller because red feathers begin to appear on the forehead.

Is it hard to raise?

Although nowadays it is quite difficult to find a black-winged lovebird it is not entirely impossible as there are many breeders who have managed to expand their breeding throughout the European continent.

At first it is a bird that can be quite shy, but when it is not being observed it is very active. Little by little he gets used to the human contact and it will not be very difficult to get him out of his cage. In the case of importing it from abroad you have to be very careful, because they are birds that are very susceptible to catching infections, for this reason you have to give them vitamin C in the water. In addition, it is a bird that likes to gnaw on wood, so you have to give it some branches of fruit to entertain itself. 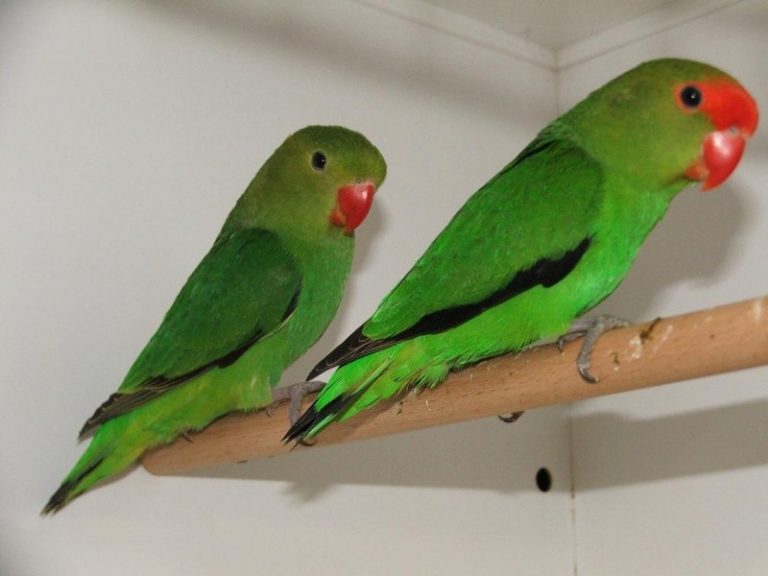 When it comes to housing this bird, it should ideally be housed in pairs, as although it is a loving animal, it is aggressive with other species. The road should be 2x1x1x2 meters or so if there are going to be two birds of this type, half if there is going to be only one. In the cage you should have two nest boxes, so that you can choose the one you like best and feel comfortable in it.

Food is the key to keeping this breed alive. According to expert breeders, their diet should consist of a combination of millet seed, canary seed, sunflower seed and hemp. It is also good to add a bit of millet and, from time to time, herb sprouts. In great abundance they will have to eat pieces of fruit and vegetables to get all the vitamins and minerals they need to survive.

Although it is not a species that is difficult to breed, it is more difficult to breed than other lovebirds. The couple must be together in the aviary from the beginning, so that there is a connection between them. It is not recommended to try to combine the male with different partners, as it is a very affectionate bird with his partner and not having this one will feel sad even if there is another one to comfort her. If this is achieved, three to five eggs will be laid at each clutch and after 24 days the chicks will hatch.