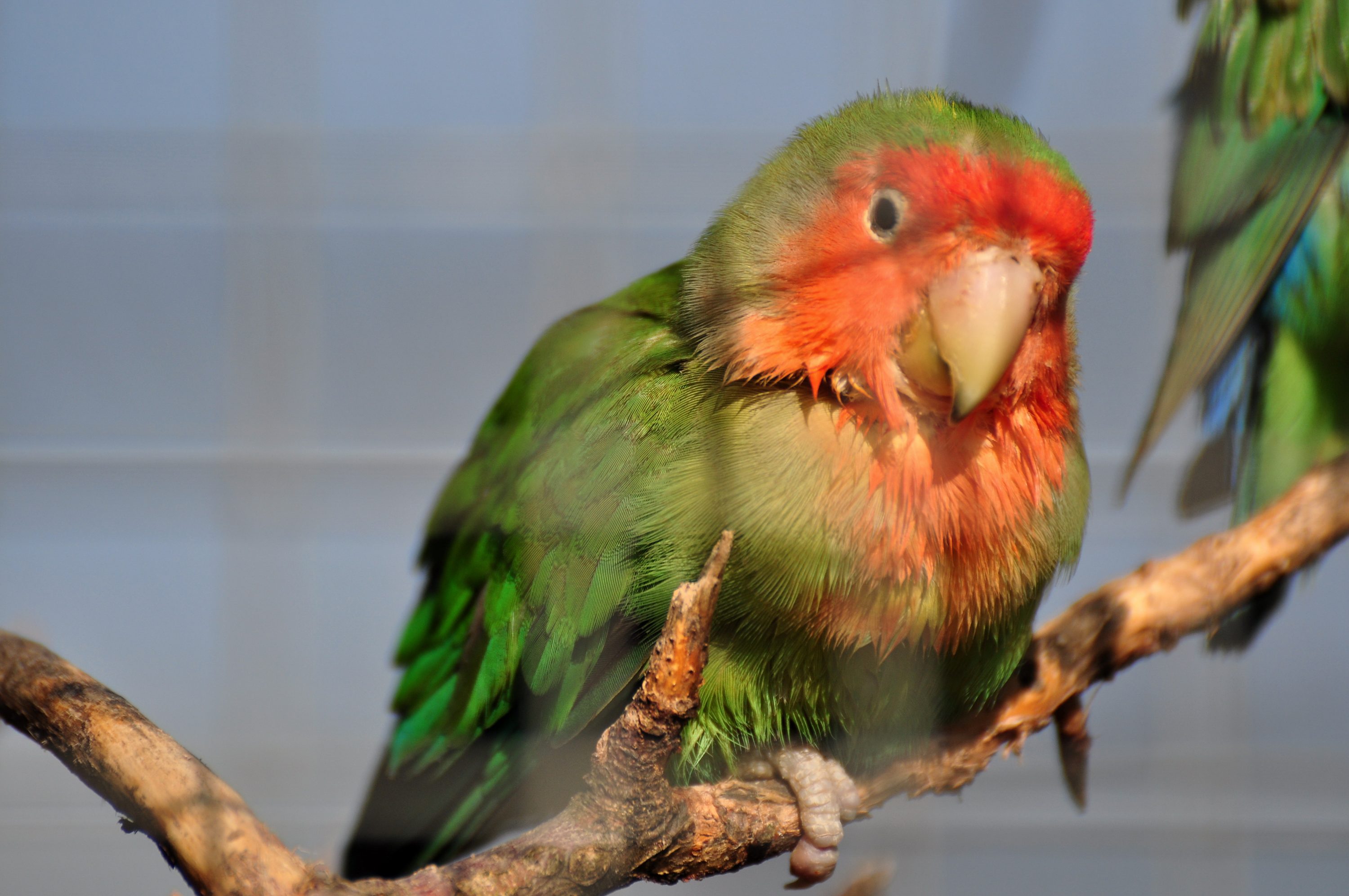 Of the different species of lovebirds, rosy-faced lovebird, also known as the lovebird of Namibia, may be the most common and most loved by lovers of this species.

What is the origin of this species? 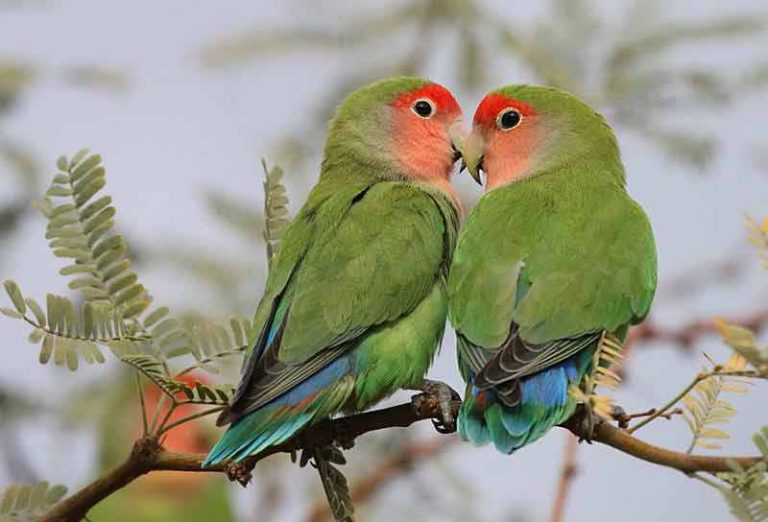 This is a bird that is used to living in a very warm environment, so when it comes to having it in other countries of colder environments require special acclimatization to survive.

It is a bird whose size is usually around 15 cm and its weight is usually no more than 50 grams, so it is not very heavy and is barely noticeable when you carry it around the house on your finger.

The coat colour of the body is usually greenish, while the head is salmon pink, with other colours. In the case of the female, the head is a little larger and the color of the plumage is a paler color, although it is difficult to differentiate them sometimes. Their legs are usually free of feathers and their beaks are not usually very bulky but if they result, with the rest of the body. 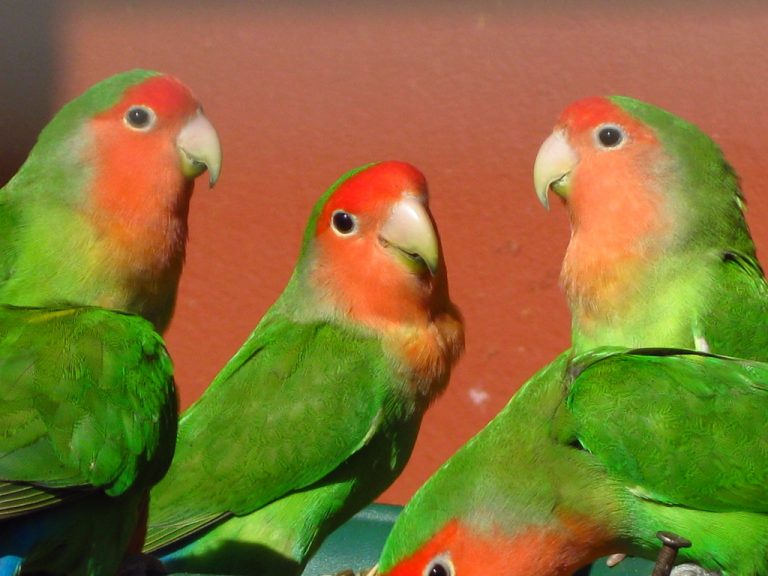 It is a bird with very strong wings, and they like to stretch them both inside and outside the cage. So when he’s a little used to the environment around him, it’s good to let him out to stretch his wings a little to strengthen them.

It is a very cheerful and temperamental bird that loves to be in contact with its masters. It usually has no problems when it comes to being with other birds or sharing its cage, and is one of the most common birds of this species to be touched.

What do you need to know to take care of a rosy-faced lovebird?

The first thing to keep in mind when it comes to keeping it at home is that it is a bird that is used to very hot environments. Although experts say they can live in any kind of environment, you need to have your cage acclimatized so that the temperature is kept at a minimum of 20 – 25 degrees. Therefore, you should have a shelter in your cage, such as a hut or nest, which can be used as a shelter during the cold months, especially if the temperature usually falls below 5 degrees. 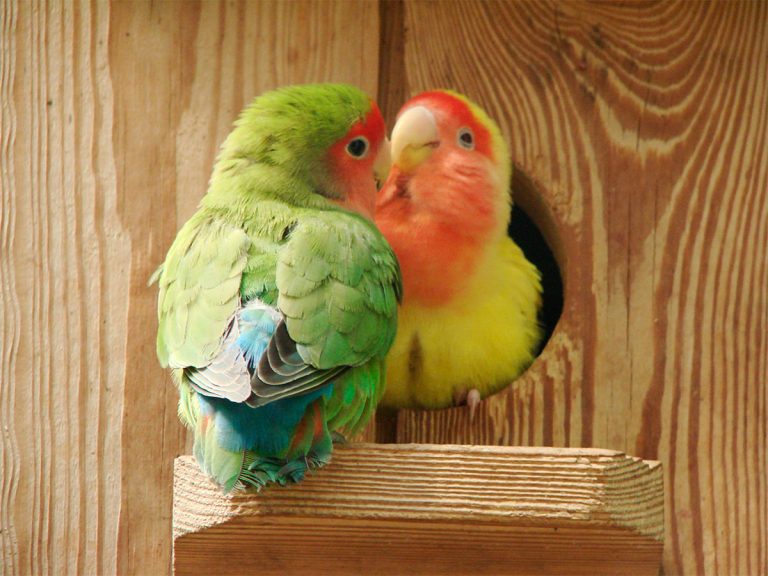 The feeding of these birds is based mainly on seeds and pipes. But, in addition, these birds need a diet rich in calcium, so they must be given pieces of fruit or cereals that are strong in this mineral to grow healthy. Being an animal that likes company, if the owner spends a lot of time away from home, it is advisable to put a companion in the cage so that he or she does not feel alone when no one is home.

When it comes to getting him out of the cage, there is no problem with him being allowed to go out and explore a little. It is best to first gain their trust and then let them go out and explore the room where the cage is, and then the rest of the house. He’ll be back in the cage when he’s hungry, so never try to catch him.