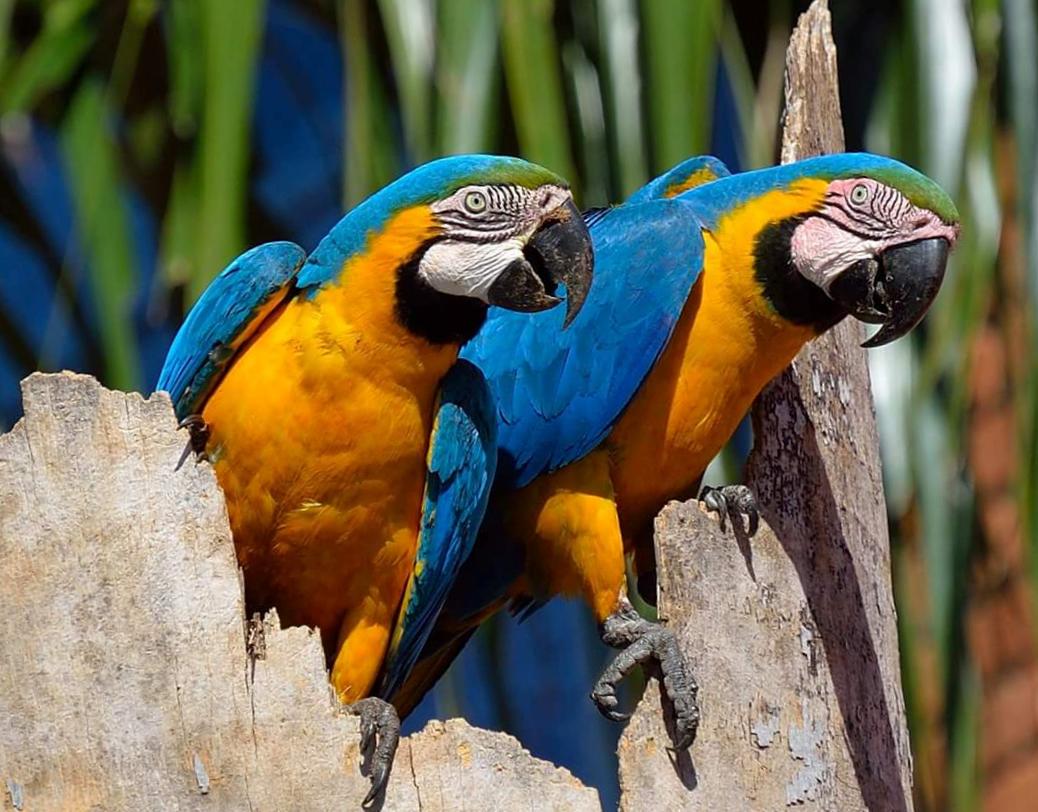 It’s pretty hard to pick a single bird when there’s so many in the world, isn’t it? But with the macaw you shouldn’t have to think about it too much, since the Blue-and-Yellow Macaw is one of the best specimens in the world.

Is it an interesting bird?

The Blue-and-Yellow Macaw, or ara ararauna, is a species that belongs to the parrot family and lives especially in South America, from Panama to northern Paraguay and throughout the Amazon basin. 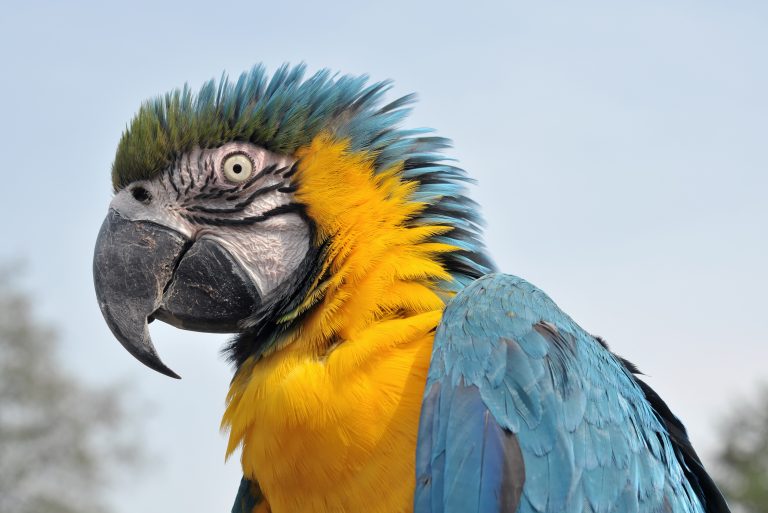 They live in different types of habitats, from tropical rainforests to dry sheets, so they are birds that can adapt very well to changes in temperature. Especially flocks settle close to riverbeds.

It is a large macaw, measuring between 76 and 86 centimetres long and weighing between 900 and 1.5 kg. It does not present sexual dimorphism, so it is quite difficult to differentiate the sexes of this species. However, according to some experts, females tend to weigh less and have a smaller size than males, in addition to some shades of plumage. But, over time it has been proven that this depends on the specimen, so it is not a reliable system to use. 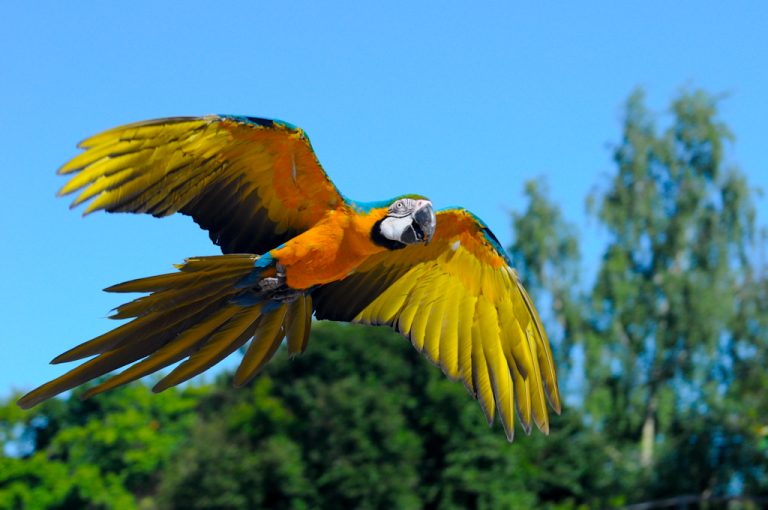 The plumage is blue on the upper part of the body, with a yellow hue reminiscent of gold on the chest and belly, while the chin is dark blue and the forehead is green. Its beak, very strong, is black, and its legs are dark grey. The face shows a whitish hue with black feathers, which turn pink when they are in mating season.

For many it is one of the most common pets, especially since Christopher Columbus‘ first trip to Spain after discovering the Americas. Since 1935, it has been cared for and reproduced under artificial conditions in captivity.

Is it recommended as a pet?

It is undoubtedly one of the best domestic birds of the macaw family. To begin with, it is very easy to reproduce them in captivity, so you don’t need to be a very expert breeder to be successful in putting two specimens together and having them have some kind of breeding.

The biggest problem is that it requires a large cage to be able to stretch its wings in case it is going to live its entire life, which can reach 50 years in captivity. However, many have chosen to keep this bird out of a cage and on the ground. Is it recommended? If she gets used to it since she was a baby, it’s no problem, but she’ll need at least one perch to rest on to sleep on.

Like the vast majority of macaws, it is monogamous, and once you have decided to be with a partner you will no longer be separated. The biggest problem is that during breeding they can be very violent with other birds, expelling them from their nests and keeping them themselves. They nest every two years, between August and January, and can lay two to three eggs that are incubated for 28 days by the female. When the chicks hatch, they do not leave the nest until an average of three months have passed.

Throughout the incubation and growth process, the male is responsible for feeding the family, so they must be fed a diet that is simple to “prepare” to feed.