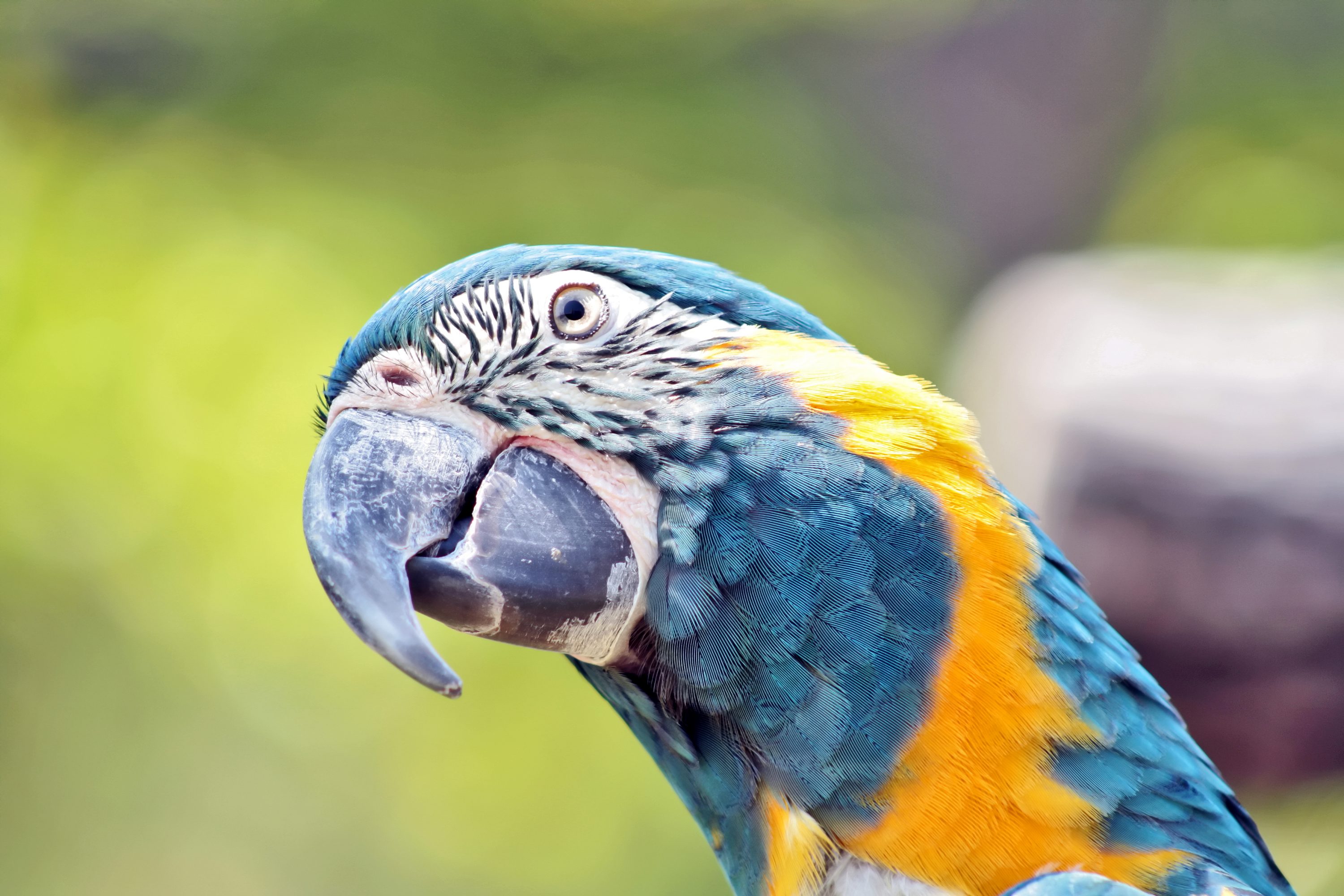 No matter how much you love this bird, you’ll have to put aside your desire to have it as a companion. Still, what’s to be gained by finding out more about the Blue-Throated Macaw?

What can we tell you about this bird?

Known by the scientific name of ara glaucogularis, it belongs to the parrot family and is endemic to the Moxos plains of northern Bolivia, where it is known as the bluebeard. Although it has been said that there may also be specimens in Paraguay and Chile, this is something that is being questioned today.

Due to the great demand of the last 30 years for this species to be kept as a pet, its populations are diminished, leaving around 350 specimens at liberty right now and it is forbidden to catch and sell it.

Within the family of macaws, is the one that receives more names since it is also known as Caninde macaw, Wagler’s macaw and yellow (not to be confused with the yellow-brown macaw), caninde, canide macaw, light blue-throated macaw and a long etc. of names.

It could be said that it is one of the largest specimens in the macaw family, measuring between 95 and 105 centimetres and usually weighing around 800 grams. There is no sexual dimorphism, so it is quite difficult to differentiate the male from the female without a DNA test.

Its back has a blue tone like the back, while the tail gains a light blue tone as it approaches the end of it. Her belly is yellow. Some confuse it with the Ara ararauna, but the big difference is that in the throat it has a large turquoise blue barber, while in the other specimen it is black and less widespread. Its forehead is blue and it has a region without white feathers.

Isn’t it possible to keep her as a pet bird?

As it is a bird with a high risk of extinction, it is not possible to choose to keep it as a pet bird. Those who have their houses are experienced breeders who have obtained the necessary permits to ensure their continuity by reproducing some specimens to extend the fauna of the same, although it seems that without much success.

To begin with, it is a nomadic species, unlike other bird species, which makes it difficult to establish a good habitat for these birds. Their breeding season is between October and December, coinciding with the rainy season, and it seems that they are monogamous birds that spend their entire lives with the same pair. 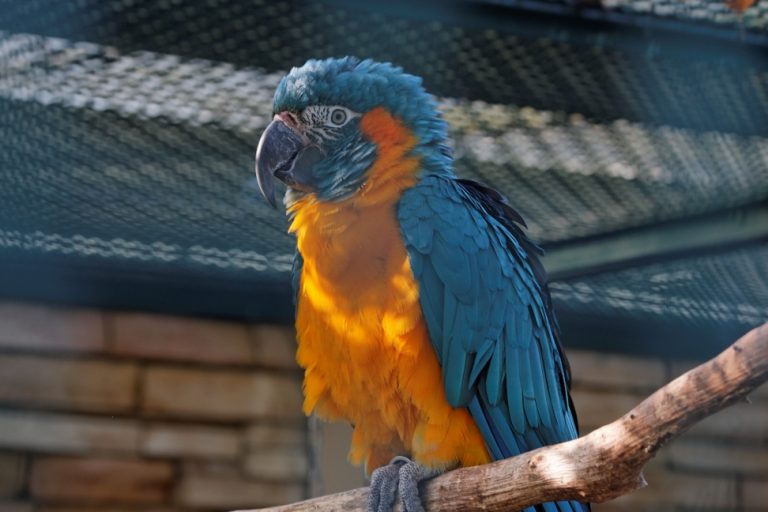 Nests make them inside dry tree trunks, creating a cavity with their beaks. The female incubates the eggs for an average of 30 days (two to three eggs), while the male incubates them. After that time, the chicks spend about three months in the nest with the mother, until they learn to fly and eventually leave the nest to explore other areas of the home or find a mate.