Everyone has a favorite color, or that gives you very good luck in your day to day life. Maybe it’s the color red for you? Because then, you will love to discover that there is a Red-and-Green Macaw that you can have as a pet.

Is it that fantastic?

The Red-and-Green Macaw (ara chloropterus), or also called the red macaw, belongs to the parrot family and attracts the attention of all lovers of poultry farming for its vivid and fantastic color, in addition to the loud sound with which they communicate during the flight. 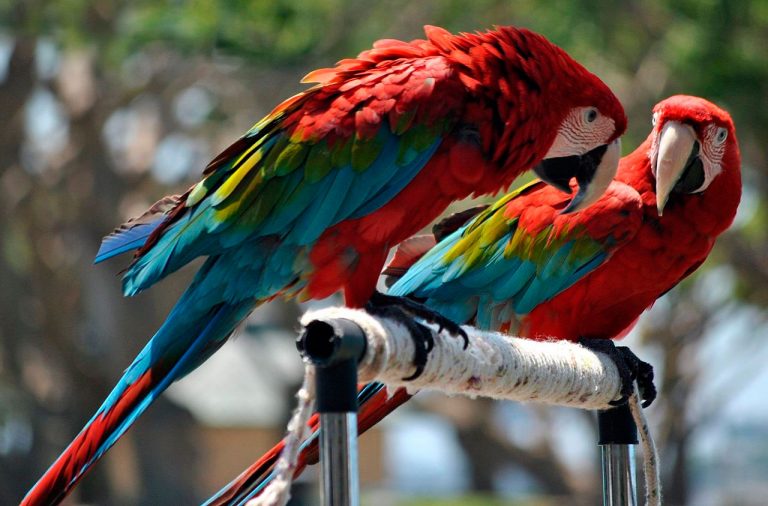 It is widely distributed throughout South America, stretching from Panama to the northwest of Colombia, passing through Peru, Ecuador, Venezuela and Brazil. There are also specimens in Bolivia, Paraguay and northern Argentina.

It is undoubtedly a very impressive bird in sight. It measures 90 centimetres and can weigh up to 1.5 kg. Although it is not possible to differentiate females from males with the naked eye, it is easy to determine their age by the size of their tails, as young specimens have shorter tails.

It stands out especially for the red color contrasted with the white areas of the skin of his face, with small feathers that form red lines. The shoulders and the dorsal part also have the same reddish colour, while the wings have a greenish colour followed by a navy blue, which is why it was decided that it should also be called green.

Thanks to its curved, very strong and hard beak, it can break the shells of nuts and dried fruit. The end of the beak is black, as is the base of the lower colour. The legs are usually dark coloured and their irises are yellow.

It is a bird that is considered very social and monogamous, as it spends its entire life with the first pair it establishes. In fact, the highest percentage of deaths of red macaws in captivity is due to the depression they suffer when they lose their companions.

It’s the bird I’m looking for as a pet, what do I need to know?

The first thing to know is that it is not a bird that everyone can have. Why is it difficult to take care of? No, because of the large size of his cage. It requires a cage of more than 8x4x4 in order to stretch the wings inside it. Although you may be allowed to live outside of a cage, it is not recommended until you have managed to establish a bond with your master, as he may try to escape. Also, it is not highly recommended for you to live in flats.

It is a very intelligent bird, so if you wish you can teach it to do tricks such as settling on its arm or shoulder, or to repeat a few words as it is one of the most vocal macaws within its species. In addition, it does not usually cause problems when living with other birds.

One of the biggest advantages is that you can live with other bird species in your cage. Perhaps in the mating season it can become a bit “more violent”, but it usually does not present problems when dealing with other animals. 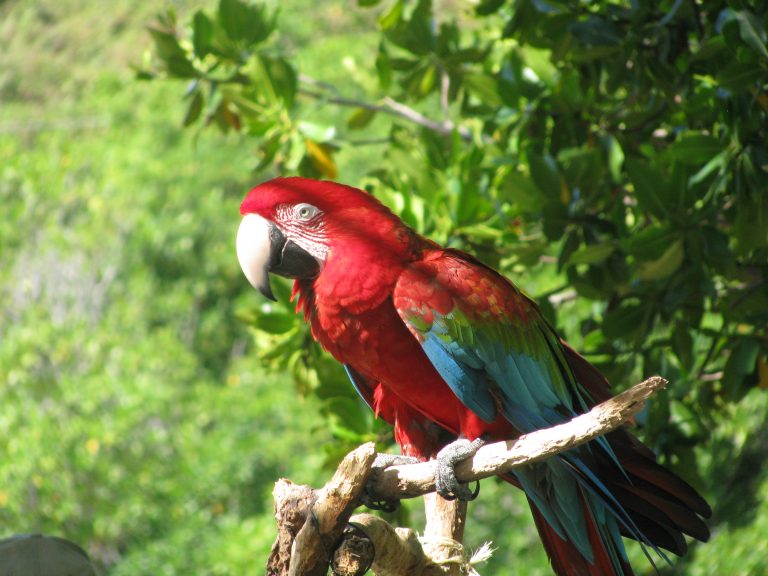 To feed it, their favorite food is nuts, but they also have to eat other nuts and seeds. In addition, soft foods such as fruits and vegetables should be included in their diet, but high-fiber foods should not be abused because this can cause diarrhea.

Theoretically, it is easy to reproduce this bird. You only have to have two specimens together from an early age and sooner or later they will form a couple that will last a lifetime. Every two years they will reproduce and lay two or three eggs that the female will incubate for 28 days. The chicks cannot be removed from the cage until they have reached 90 days of age, at which point they become more independent. After that time, they can easily be moved to another module to start their own life. The pigeons are fed by the father, so you have to give them all the food they need to feed them.