Although the macaw is a species of parrot that is quite widespread throughout the world as a companion animal, not all parrots are permitted for this purpose, as is the case with the red-fronted macaw.

What is this bird?

The ara rubrogenys is a species that is endemic to Bolivia, found in the dry inter-Andean valleys and part of the Tucumano-Bolivian Forest of the Departments of Cochabamba, Chunquisaca, Potosi and Santa Cruz.

According to IUCN, it is an endangered bird and is listed as “critically endangered” due to the destruction of its habitat by man and the illegal capture of these birds for commercial sale.

It could be said that it is one of the smallest specimens in the macaw family, measuring between 55 and 60 centimetres. There is no apparent sexual dimorphism that could help to differentiate the male from the female, so the only way to distinguish them would be through a DNA test.

It is characterized by a front girdle on its head and red ear patches, which gives it its name of red-browed macaw. His shoulders and legs are orange in color. When the flight takes off, the upper blankets can be distinguished from the blue ones and the yellow ones on the inside. 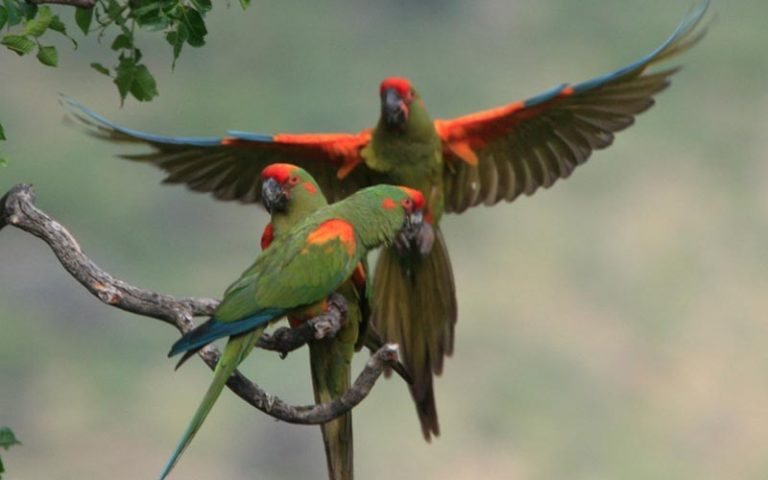 The rest of the body is olive green in colour, while the tail feathers are pointed and darker in colour. The face has bare pink skin. Its beak is quite hard and strong, blackish in colour, while its legs are grey. The iris is orange, unlike other specimens which are yellow.

Unfortunately, it is not a bird that can be kept as a pet. The desire to make it a companion bird led to an uncontrollable capture of this species during the 1980s, which reduced the population of this bird that lived in Bolivia by more than 1,000 specimens.

It is a bird in high demand on the black market for birds, which has led to many groups being organized near where they live to protect them from poachers who transport them out of the country across the borders of Brazil or Peru. According to experts, if the species is not properly protected, it could be extinct forever in about 10 years. 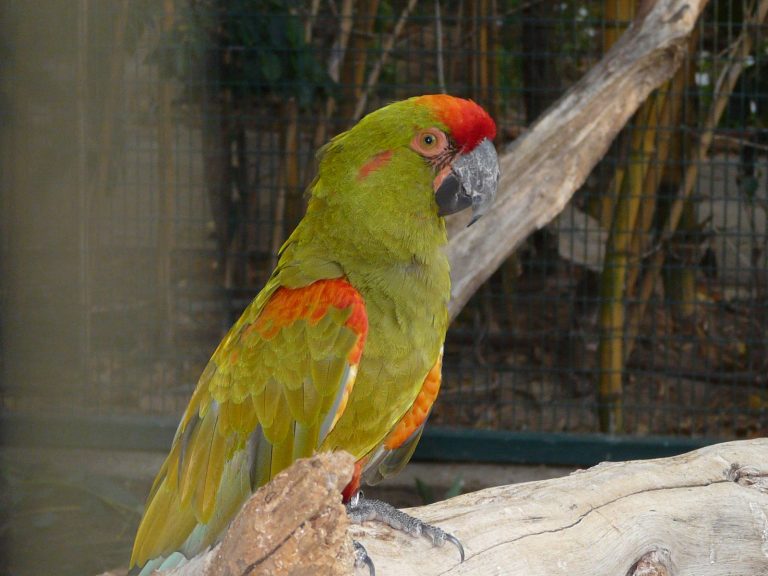 For the past four years, the Armonía Association has been developing a programme for the conservation of this species together with other communities through alternative projects to support production, research and awareness raising in order to be able to support the conservation of this species of macaw. In addition, the Foundation Against Hunger is coordinating activities with the Harmony Association to conserve this species in the Caine River valleys. On the other hand, two years ago, the Center for Biodiversity and Genetics validated at the national level a strategic action plan in order to preserve the species.

Among the main causes of its disappearance is also the destruction of the habitat of this bird, which makes it difficult to forage for food and forces it to migrate to other environments to which it is not accustomed, causing a high mortality rate in the species, which is of great concern to scholars of this species.