Looking for the ideal bird to keep in your home? Because if you are looking for a bird that is exotic, and very beautiful to look at, you should try to buy a Yellow-collared Macaw.

It is a very common bird in Brazil, Paraguay, northern Argentina and southern Bolivia. It is known by the scientific name of primolius auricollis, and is one of the three species of the genus primolius. 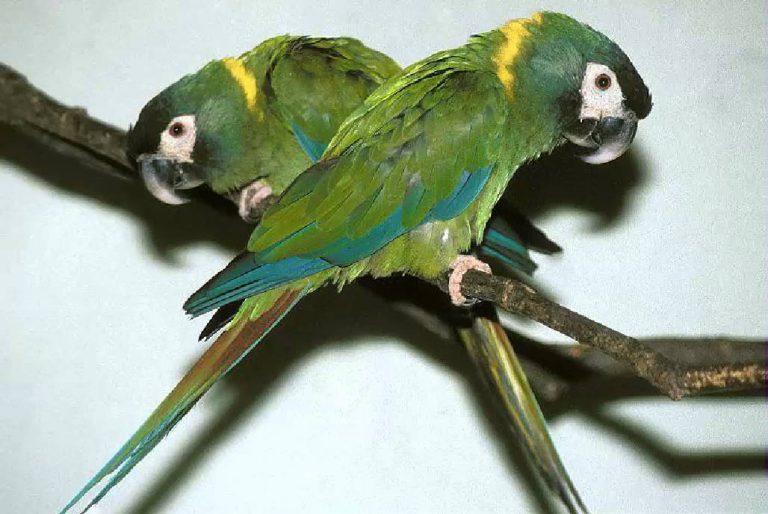 For a long time it was considered to be a member of the genus ara, because of its feather-free face, but its size was much smaller than that of the aras and it did not have the characteristic rows of sharp feathers typical of this species.

You want to know why it’s so beautiful?

It is a medium sized bird that reaches 38 cm in size, and can weigh up to 400 grams. There is no sexual dimorphism, and although females are usually somewhat smaller than males, it is not a good way to determine sex.

The feathers on her body are green, with a necklace in the neck area, on the back, yellow which develops as she ages, of a very bright color. Its forehead and crown are black. 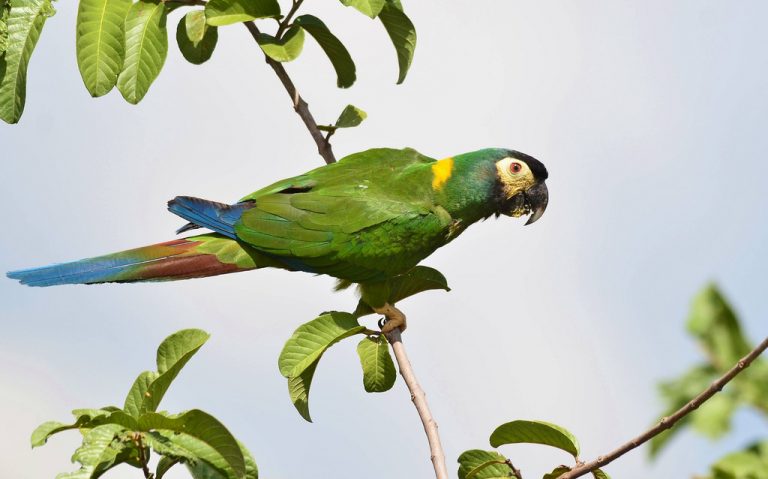 T-shirt feathers, as well as primary coverings, are blue in colour, and their long, pointed tail has a red base, with a narrow green sector and a blue tip. The lower part of the tail, as well as the flight feathers, are greenish-yellow in colour.

The legs are opaque pink with red irises. A large part of his face lacks feathers, showing off his white skin. Its beak is black, with a pale grey tip. Its life expectancy is around 50 years, making it a very long-lived bird.

Is it a good pet?

Although its habitat has been severely depleted by humans, it is not an endangered species, so it could be the perfect bird for first-time bird watchers.

Character is curious and playful, being quite easy to earn his trust. They don’t have to live with species other than their own in their aviary, because they might have some fights with them. There is not much problem in living with the family outside the cage, because being so loving, it is as if you have a dog with wings around the house. But you have to get him used to going back to his cage when it’s time to sleep or eat.

The cage for a species of this size has to be wide enough so that it can fly smoothly into it, or at least stretch its wings. So it would have to be about 2x1x1 meters. This way, the macaw can stretch its wings and move from one hanger to another without being bothered by the lack of space. The cage, if it is outside, needs a shady place, because it is not good for the sun to shine directly on it. In addition, it must be located in an area where there are not too many drafts, which are deadly to this bird.

Eat fruits, vegetables and seeds, like all other members of the parrot family. However, it is not good for you to eat foods that are high in fat, as this makes them gain weight easily. Fatty seeds, like peanuts, should be reserved as prizes for your workouts, for when you do something right.

It is true that the reproduction of this species is quite simple, but it is something that is recommended to leave in the hands of breeders who have enough experience. To begin with, during the breeding season they become quite aggressive, so they have to be in an aviary away from the rest of the birds, not liking their owners to enter the cage either. In addition, there are temperature and feeding requirements that not everyone can achieve, as it is a bird used to feeding in South American areas, so most of the chicks that are raised outside this continent are usually born dead.