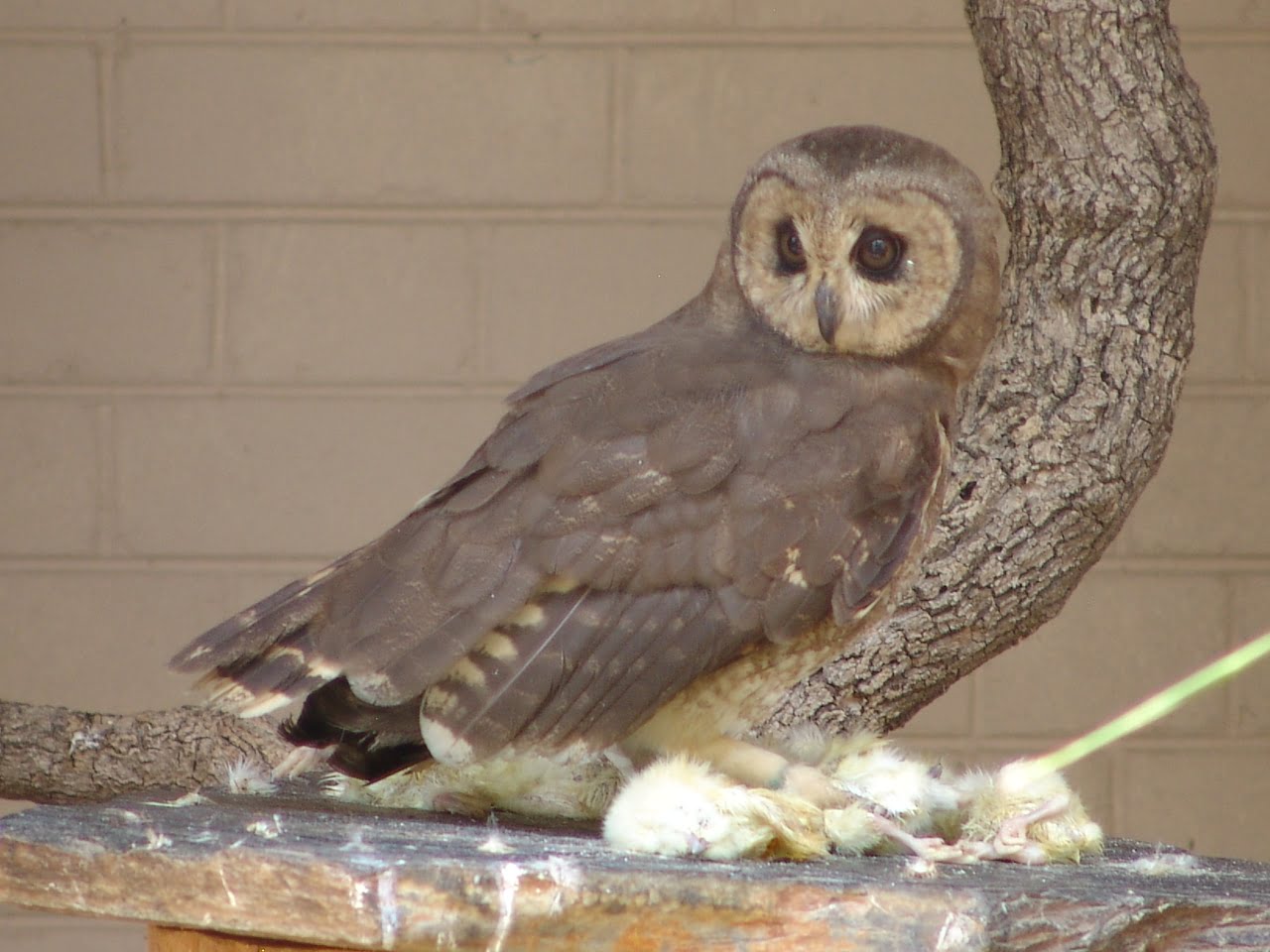 Are you thinking of visiting Africa to see some animals peculiar to its fauna? Because if so, you would do well to write down this information about the Marsh Owl, so that you don’t miss it if you have it nearby.

What is their habitat?

The Marsh Owl, known by the scientific name of asio capensis, is a member of the strigidae family and lives in Africa. It is mainly found in sub-Saharan Africa, but it can also be seen in northern Morocco, where it has its common name.

Some isolated populations can be found in the interior of Madagascar. It lives in wet marshes or grasslands with high grass, presenting a varied and opportunistic diet.

One could say that it is a medium sized bird, as it measures between 35-37 cm. It appears that females are slightly larger than males, so it would be a sign of sexual dimorphism within their species.

It is similar in appearance to the long-eared owl, with which it could be mistaken, but it is larger in size. The color of their feathers is brown, unblinded, while the undersides are whitish with brown stripes. The best way to distinguish it from its relative is by the uniformity of the brown color at the top, as the long-eared owl has a dense dark veining.

It has a marked facial disc, with yellow eyes with black irises and black copetes that look like short ears, which are usually not visible unless they have bristled. Their wings are long, but they usually fly slowly and quietly to try to catch their prey by surprise.

Anything else we can tell you about this bird?

The truth is that it is normal to see him perched on the ground or on low posts, a custom he shares with the eagle owl. When it comes to hunting, he prefers to hunt in open fields. Interestingly, despite being an owl, it does not have nocturnal hunting habits, but does so during the day.

Their diet is mainly composed of insects, but they can also be seen hunting other animals, such as small mammals. Rodents and birds are usually part of their diet when they do not find an insect.

Nests on the ground in clear wetlands, where the female lays two to four eggs hidden in the vegetation so that they are not detected by predators. This incubates them for a month, and then the male takes care of looking for food while the female takes care of the chicks. On very rare occasions it is the other way around. After one and a half months of age, the chicks leave the nest and begin their own lives.

Despite the fact that specimens have been detected in Morocco, it is believed that there are currently about 140 breeding pairs in the country. In Spain, a specimen was found in Cadiz in 1998, when a specimen was found that had been shot. After its recovery, it was returned to its habitat.

They do not have a fairly long life expectancy, living for 10-12 years in the wild. Since it is not a common species as a pet, there is not much information about its care.