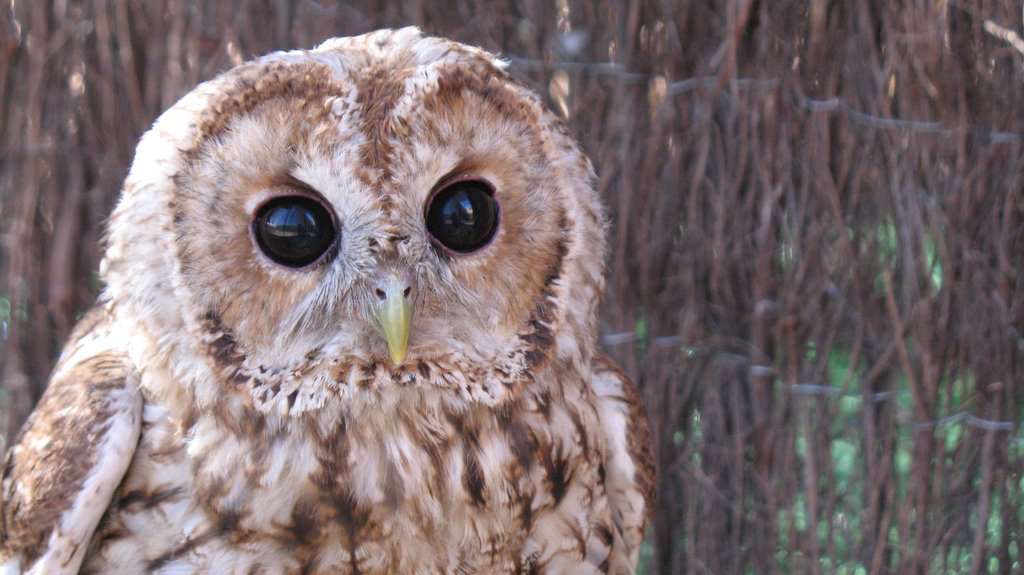 In all bird species there is one that stands out above all others. However, in the case of the tawny owl, its fame is because it is the most widely distributed variant of its species on the globe.

Where do they live?

It is scientifically called strix aluco, and is a medium-sized bird of prey that usually lives in the forests of Eurasia and some areas of central and eastern Asia. 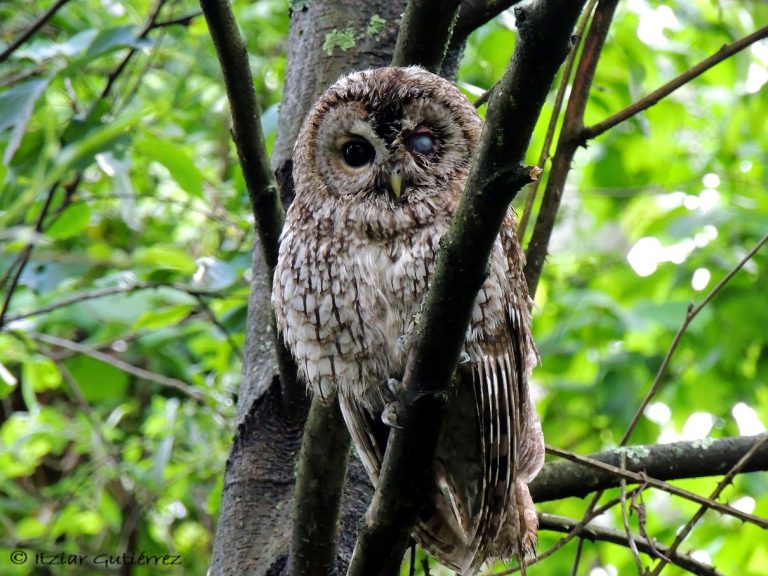 It can be found in deciduous and mixed forests, and sometimes in mature conifer plantations, liking more the areas with water availability. Interestingly, thanks to places like gardens, cemeteries and parks it has been able to spread into urban areas, such as central London where it is very common to see.

If I see one, how can I recognize it?

One of the things that helps to distinguish this bird from the rest of its family is its sturdy and chubby appearance. It can measure up to 40 cm long and weigh up to 600 grams.

Its head is wide and round, with no tufts on its ears, like the horned owl. Unlike the rest of the members of their species, their eyes are of a single color, which may be black or dark brown. The facial disc surrounding them is simple, brownish-gray in color. It has a strong, sharp, greenish-yellow bill that allows it to destroy its prey.

It presents sexual dimorphism, since the female is larger than the male, being 5% wider and 25% heavier. When he returns, he is quite quiet, which makes him a very fearsome predator in his habitat.

There are many discrepancies between the number of subspecies you have, however, specialists have described between 10 – 15 subspecies:

The main argument for establishing a subspecies is that they are quite different from the nominal species, lacking the brown or gray color that characterizes it. In addition, some specimens are larger, or smaller, than the nominal species.

And how do they live?

It is a bird that usually hunts at night, like the rest of its relatives. From a branch, he watches his entire environment before throwing himself at his victim. He has rarely been seen hunting during the day, except when he has to feed his young.

Their diet is made up of small forest rodents, such as the red vole, which is one of their most common prey, but they can also hunt young rabbits, small birds, insects such as earthworms and beetles. In urban areas, they often feed on other birds, such as mallards and gulls. It is not a species that is very tolerant in sharing territory, and cannot live with other species such as the eagle owl or the long-eared owl, which it can take as prey. If they move to an area under construction or an abandoned building where owls nest, they are expelled from the territory. 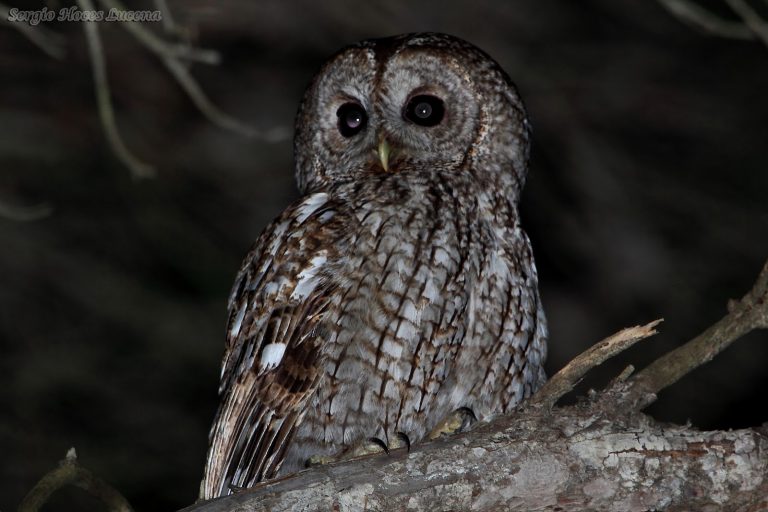 The tawny owl is matched at the age of one and usually has a monogamous relationship. When they find a home, the couple defend the territory at all times, without expanding it even as the years go by.

They nest inside a tree hollow, but they can also use old nests of magpies, squirrels, take advantage of cracks in trees or even in a nest box. They nest in the month of February. The female can lay up to four eggs, which are incubated by the female for one month until the chicks hatch and take 40 days to develop, at which point the feathers come out and they can begin to fly.

It is a fairly protective species, especially with its chicks. Proof of this is the case of photographer Eric Hosking, who lost an eye when he tried to take photographs of a specimen near his nest. His autobiography would be called “An Eye for a Bird”. One of many examples that has shown how violent he can be to protect his family’s home. Although the chicks can already fly at one month of age, the parents take care of them until they are three months old, when they do leave the nest to find their own home.

For some people, the tawny owl is a sign of bad omen. This is how William Shakespeare portrayed it in his work Julius Caesar. They are also part of several myths and legends. In Welsh mythology they are associated with Blodeuwedd, a woman who betrays Lleu Llaw Gyffes in Math fab Mathonwy’s tale of the ancient Mabinogion. On the other hand, in Wales, it was believed that if you saw a tawny owl in one of the houses in the village, it meant that a woman had just lost her virginity. In spite of this, the bird has transcended as one of the most curious species in the world.