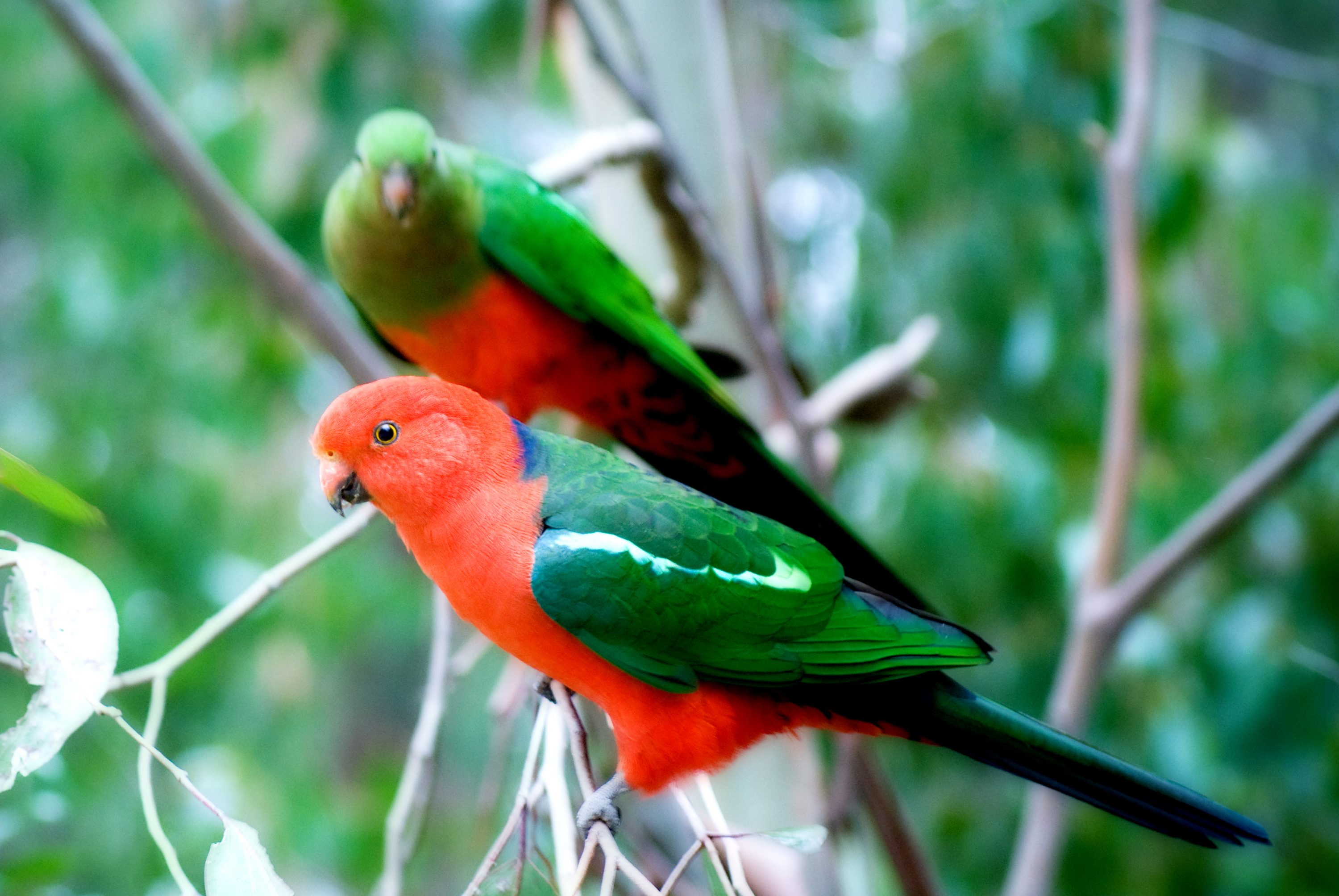 Australia has some of the best wildlife in the world, especially birds. Especially if what we are talking about is a parrot, since the Australian king parrot is one of the most famous in the world.

How much is known about this bird?

Alisterus scapularis, or Australian king parrot as it is commonly known, is endemic to the Australian continent and has been introduced with great success in many parts of the world.

They usually live in humid forests in the high regions of the continent, such as eucalyptus forests, but they can also be seen in tropical and subtropical jungles.

A great bird, both in appearance and character

It is a bird that is undoubtedly one of the most appreciated by poultry lovers. To begin with is its large size, which can be up to 43 cm long and about 600 grams in weight. In addition, it presents a clear sexual dimorphism.

On the one hand, males have red head, chest and lower body parts, with a blue list at the back of the neck, separating the red from the blue area on the back, wings and tail. It also has a light band on the shoulders and the bishopric is also blue. The upper jaw is reddish orange with a black tip, while the lower jaw is black with an orange base.

Females, on the other hand, have a completely green head and chest, keeping blue in some areas of their bodies, while their beaks are grey and their shoulders are somewhat smaller. When young, these birds have brown eyes and yellowish beaks, as well as the color of feathers similar to females. The difference begins to be noticed after the first molt at one year of age.

It has a subspecies called alisterus scapularis minor, which looks similar to the nominal but is smaller, about 5 cm smaller. On the other hand, there is a mutation that lacks melanin in its feathers, so these are orange or yellow.

And how about as a pet?

In Australia it is not a bird that is intended for breeding in aviaries, but rather it is a pet, as it is a silent bird and has a fairly calm temperament. However, outside Australia they are used for breeding.

It is not violent at all, making it the ideal aviary companion for quieter bird species. Your aviary has to be square or rectangular, and it is much better that you live outside than inside the house. Although it doesn’t cause much trouble if you want to keep it loose because of it.

Like all other members of your family, your diet is made up of seeds, avoiding fats whenever possible, such as fruits and vegetables. They must always be washed and fresh to avoid parasites.

For reproduction, they must have a large cage. They usually lay about 5 eggs which are incubated by the female for about three weeks until the chicks hatch. Once they are born, it will take a month to separate from their parents so that they can live in a module with the rest of the pigeons. Until they reach three to four months of age, they must be given puppy paste.