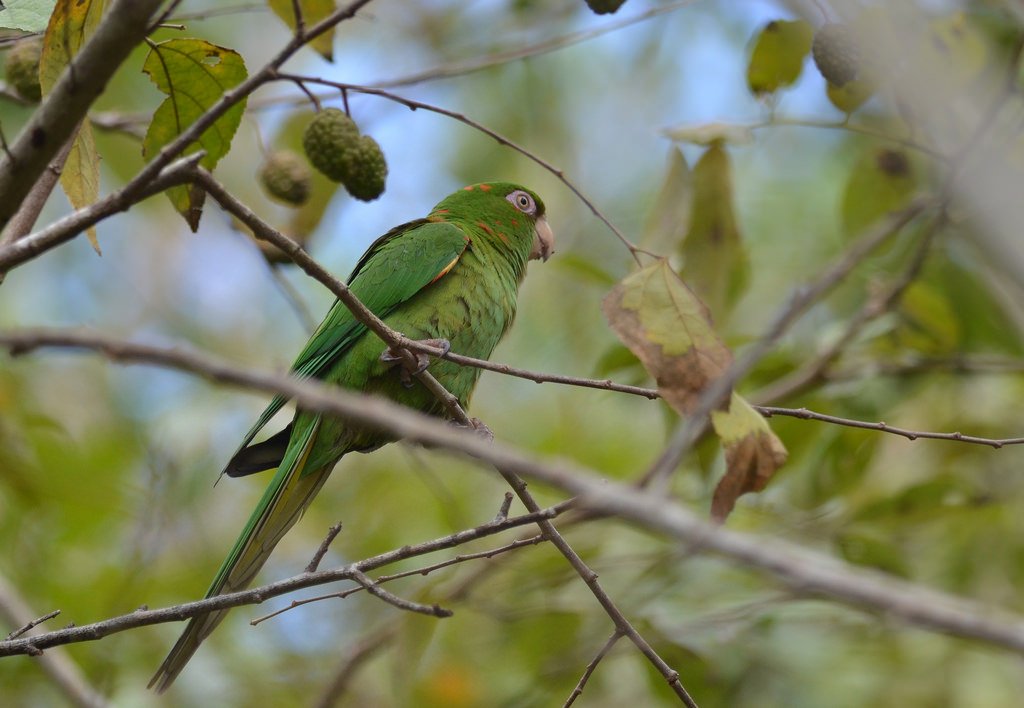 Cuba has a very varied fauna, and being fortunate enough to meet some native specimens is a marvel. For example, there is the cuban parakeet, a very famous parrot species in the area.

Although experts classify the cuban parakeet, or psittacara euops, as a member of the parrot family (Psittacidae), the fact that some on the island address it as a parakeet sometimes leads to confusion. However, the SEO proposes that the standard name of the species should be Cuban aratinga. The reason why the inhabitants refer to this species as “parakeet” is because members of the Amazon family and other similar Antillean species were referred to as parakeets and hence the names were changed. 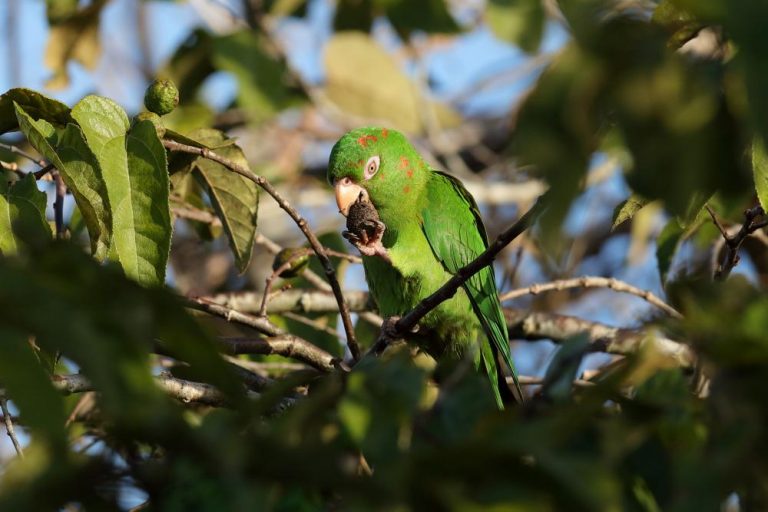 The species lives in the Zapata Peninsula, with very restricted access in the mountains of Guamuhaya. They can also be seen in some areas in the provinces of Sancti Spíritus, Ciego de Ávila, Camagüey and in the mountains of the eastern part of the country.

Although sexual dimorphism cannot be detected with the naked eye, the best way to differentiate the sex of the specimens is through their size. The male is usually larger than 28 cm, while the female is rarely larger than 27.5 cm.

The predominant color in this species is an intense green, with a red area under the wing fold, with the presence of some scattered red feathers, but without following a fixed pattern in the head, neck and chest area. 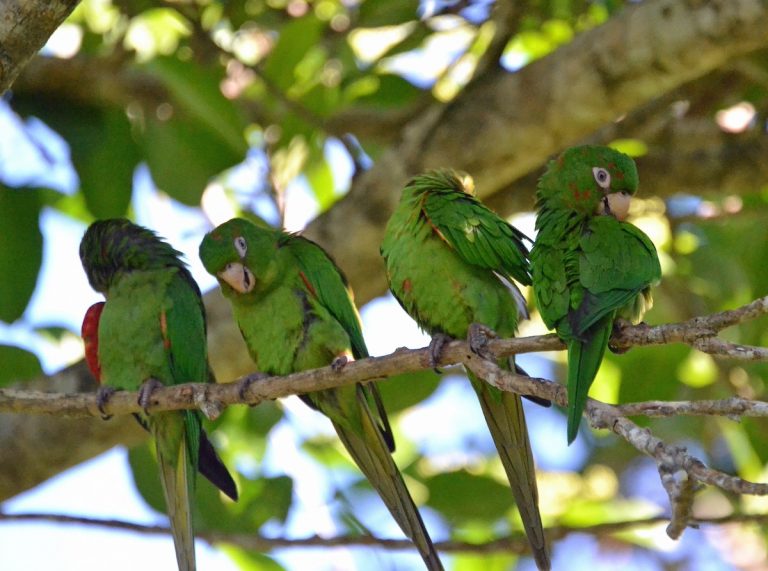 The iris is yellow, with a whitish eye ring. The beak blends white and red, while its legs are greyish-brown in colour. Younger specimens have duller colors, not counting the presence of red feathers on their bodies.

Can they be kept as pets?

The truth is that the situation of the catey is somewhat delicate on the island. Many people catch them illegally to keep them as pets, which is forbidden. If someone wants to have this species as a pet, then they should purchase a specimen that has been bred since childhood in captivity.

When they live in the wild, they group into small flocks and land together. They make high-pitched, repeated screams that can be heard from a long distance. They usually make more noise when they’re flying. At the time of feeding they do it of seeds and fruits of trees, being very rare to see it eating some insect. 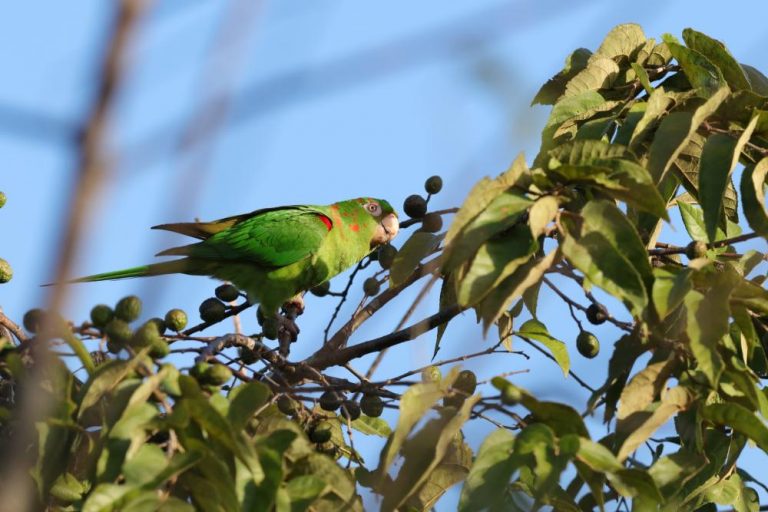 When it is time to reproduce, it does so between May and August, taking advantage of the holes in the trees that have nests of woodpeckers. The female will lay 2 to 5 eggs and incubate for 27 – 30 days, until all the chicks are born. After this, the parents will take turns protecting and feeding them until they reach one and a half months of age and leave the nest.

The species is listed as ‘vulnerable’ under CITES. Due to deforestation and poaching, the species has been severely depleted in recent years. However, the impediments to acquiring a bird of this species are not as strict as with other more exotic bird species.