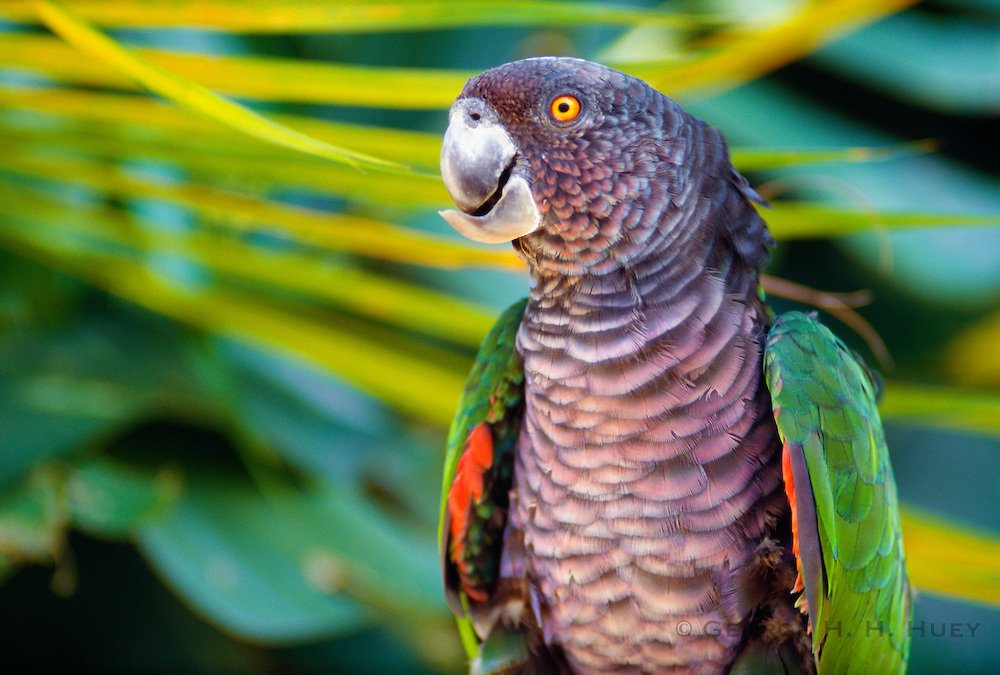 On the island of Dominica they are very pleased to have what could be the largest bird of the Amazon family, the one known as the Imperial Amazon.

It originates from the island of Dominica (in the Lesser Antilles), and is commonly known as Amazona Imperialis. Its name is due to the fact that it is considered a national bird on the island, which is why it appears on the coat of arms of the flag, as in the past with the imperial eagle of Julius Caesar.

It is a bird that is highly protected, endangered and on the IUCN Red List. Among the most common causes are illegal hunting and habitat loss, but also natural phenomena such as hurricanes that strike the island from time to time.

It is a large bird, the largest of the genus Amazona, reaching 45 centimeters in length and its weight can reach up to one kilogram.

The colour of the coat is dark green, while the neck is purple. Its tail intermingles red and green, but at the bottom it is purple. Its beak is very strong and the color of its iris has a prominent reddish hue. Because there is no sexual dimorphism, it is really difficult to distinguish between male and female without performing the appropriate DNA test. 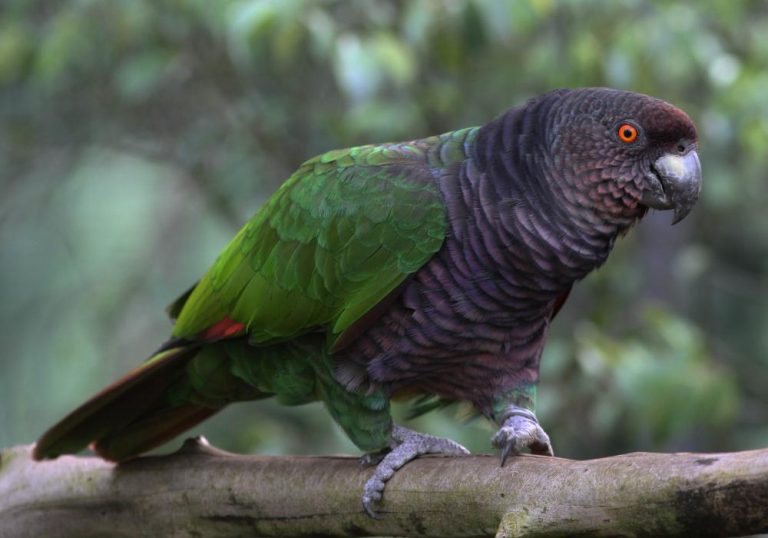 Much is unknown about this bird, although it seems that it is a fairly quiet bird and has not shown much trouble in encountering a human being. No subspecies has been recognized for the time being.

Although many would like to have an Imperial horsewoman in their homes, she is not a pet bird. Many are trying to find out why, but this bird usually dies a few months after acquiring it by import. The motive? This may be due to a drastic change in the weather, food, or how hard the trip can be.

There are few specimens that live in cages in houses of caretakers, which have to be 10x3x3 meters so that the bird can move well and very resistant, because it is not only the largest specimen of the Amazonian family, it is also the strongest, and this makes the cage has to have special protection to prevent escape gnawing at the bars of the cage with the beak.

The details of their reproduction are a total mystery, even among the most experienced horse breeders. It seems that it is not possible to create the ideal conditions for their reproduction, because 97% of the eggs laid by females are infertile. Also, since not much is known about the process of “courtship” of this bird, it is not well known how to pair up a male and a female.

Because it is a bird that is in danger of extinction, in some countries it is illegal to keep it as a pet, so in order to get it you have to do it through a certified hatchery and obtain a series of permits for its import. Otherwise, a very serious offence would be committed and could result in a fine or even imprisonment. Efforts to protect this species do not stop, but there seem to be fewer and fewer individuals every year.