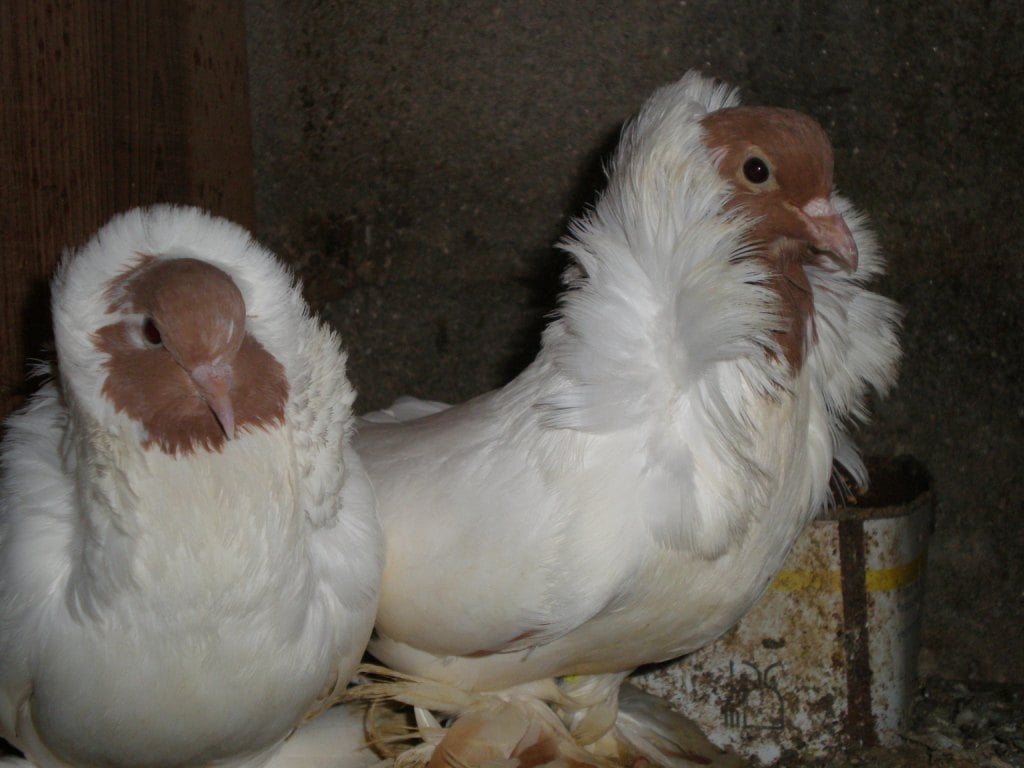 Who wouldn’t like to have a beautiful dove that stands out in their living room? Or to breed a unique and beautiful species? Well, that’s how Schmalkalden Moorhead pigeons are!

A bird of great beauty

This species of German origin, although it is not known at what time it appeared, has a similar appearance to that of the Parisian black pigeon, but with the tarsius shoes in white.

It is a pigeon of great beauty that is usually very common in pigeon shows around the world, being one of the most famous for its curious appearance.

Why is it called “Moorhead”?

This pigeon has a size of 35-40 cm, and can weigh up to 500 grams. There is no sexual dimorphism, so the only way to differentiate the sexes is through a DNA test.

The reason why it is known as the ‘Moorhead’ is because of the feathers of its never, which rise up from its back forming a kind of veil, reminiscent of a turban. Hence its name.

His head, neck and upper chest are black, while the rest of his body feathers are white. Except for the tail feathers, which are also black.

It is one of the species of pigeons whose feathers cover their legs, almost as if the feathers themselves were their legs. This gives it a unique and quite beautiful look. But, for this very reason, it requires a lot of care.

A dove that is not for everyone

She’s a beautiful dove, who’s going to doubt that? Otherwise, it’s not made for all caregivers. If you’re looking for a house pigeon, you’d better forget to choose this species.

Because of the type of legs it has, covered with feathers, it requires very specific and delicate care. Besides, it’s a species to be in a loft, not for a small cage. And he needs his hangers to be made of natural wood, so as not to damage his legs.

It is a bird accustomed to movement, so the loft will have to have enough space for it to fly inside, with many hangers. It doesn’t seem to be a difficult species to reproduce. It is enough for the couple to have a nest box and let nature take its course.

They are also not doves with a very violent character, although they don’t usually like it when other birds invade their territory. If you are going to have several pigeons in the loft, make sure they are of the same species or there may be fights.

As for their food, you shouldn’t skip the seeds. Occasionally give her some fruit, or put vitamins in her water, to take care of her feathers. The rations you can give him of bread should be very limited to just a few very small pieces a couple of times a week. She’s prone to weight gain, so watch how many calories you give her.