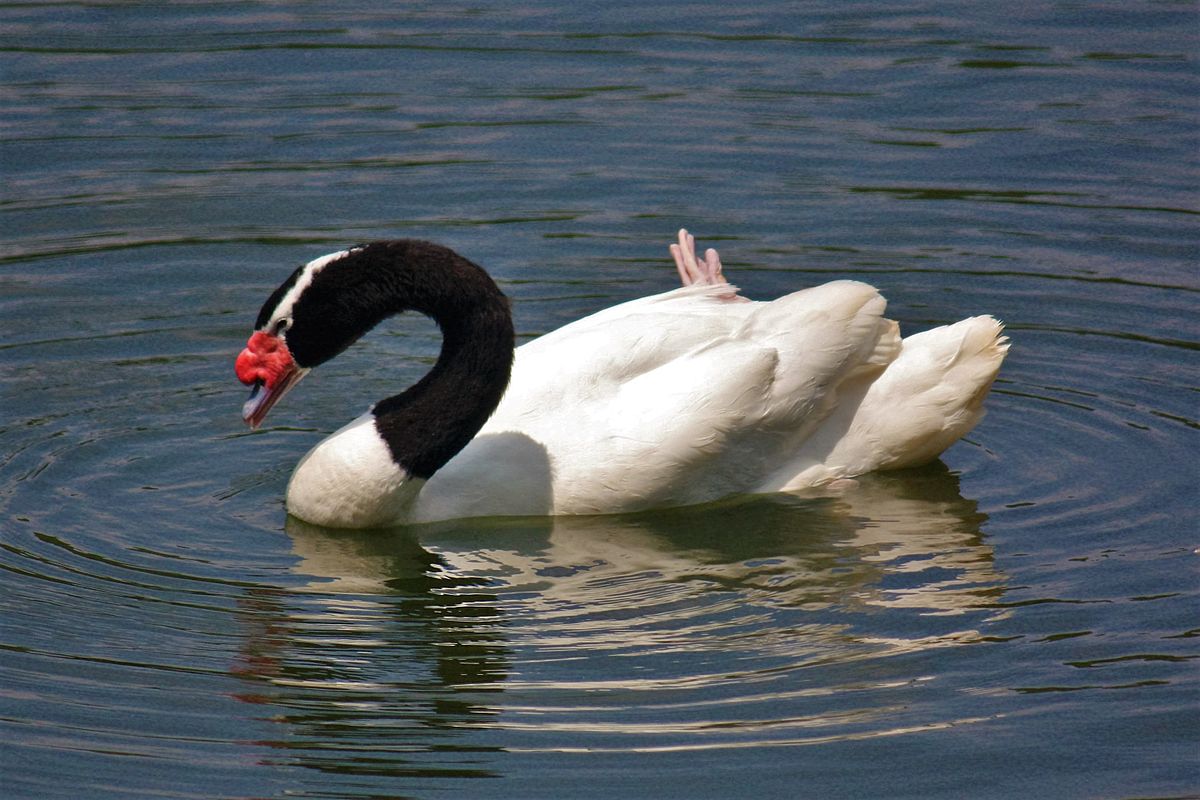 Which part of the world do they live in?

This species, which is called cygnus melancoryphus or black-necked swan, is a species typical of South America, more typical of Brazil and extends to Tierra del Fuego. 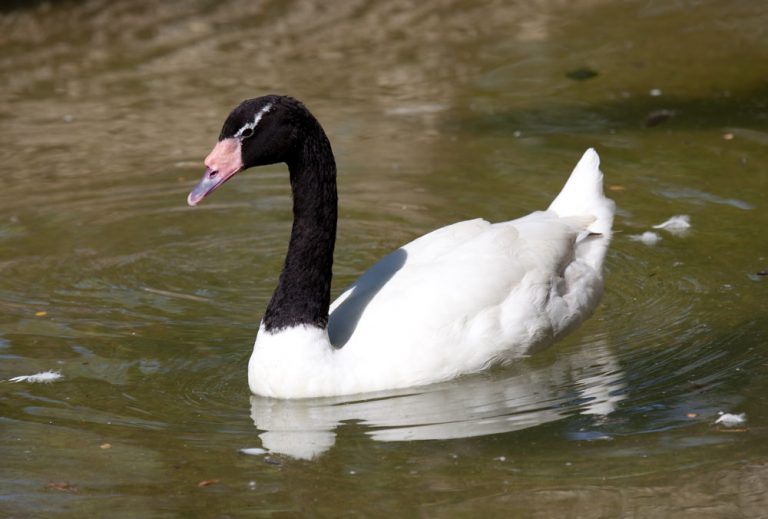 It lives in freshwater or brackish lagoons and lakes, as well as on the coasts of the sea. It generally frequents the marshes and freshwater reservoirs, where it can easily find its food.

Its black neck is hypnotic

This species does not have sexual dimorphism in its plumage. The only way to tell a male from a female is by her size. The male usually measures between 100-124 cm, while the female is only about 90 cm long. In addition, the male has a more developed red caruncle at the base of the beak.

The plumage on the head and neck is black, except for a white line running from the beak to the centre of the eye and extending from the back of the head. The rest of its plumage is white. The facial skin is red, as is the caruncle that grows over the beak. The legs are pink. 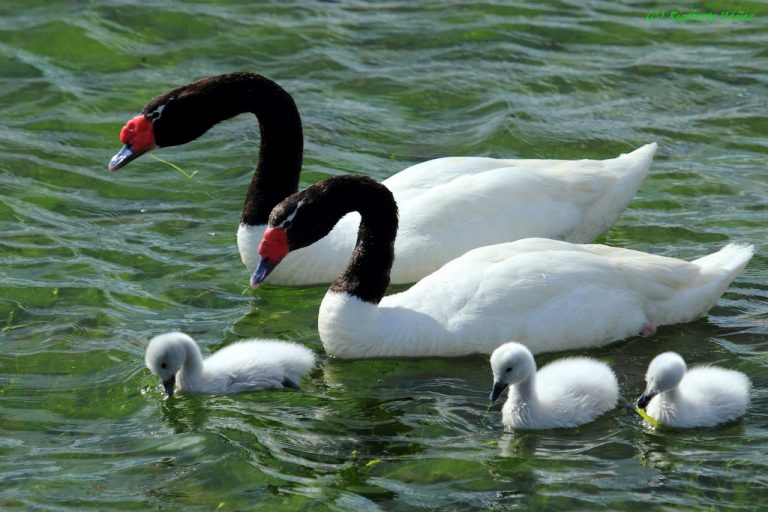 The feathers molt them annually, at the end of the breeding season and before the migration, which they make towards the north. Although in captivity they usually live on average about 7 years, there have been records of specimens that have reached 20 years of life.

It is true that many swans spend a lot of time in the water, some even sleep in it. However, in the case of the black swan, it is much longer to spend time in the water. Because of these you can detect that some specimens are a little clumsy when walking.

When they are not in the breeding season they are very sociable and group in flocks of up to thousands of individuals. But when it comes to nesting, they do it in small colonies or alone.

The nest is usually built with grass, on the banks of lakes and lagoons, sometimes on aquatic plants. The female lays up to seven eggs which are incubated by her for 34-36 days. The male stays close, to defend the brood in case a bird tries to approach the family.

When the chicks are born, all the feathers on their bodies are white, with their beaks and legs in very dark blue-grey. However, birth feathers are soon replaced by very light brown feathers that turn black in the neck area once they reach adulthood.

The diet of this species is composed mainly of algae, aquatic plants and some invertebrate animals. When they take the food from the bottom of the sea, its beak is designed so that it can filter the water without problems, turning it on and off, keeping the food inside the beak.