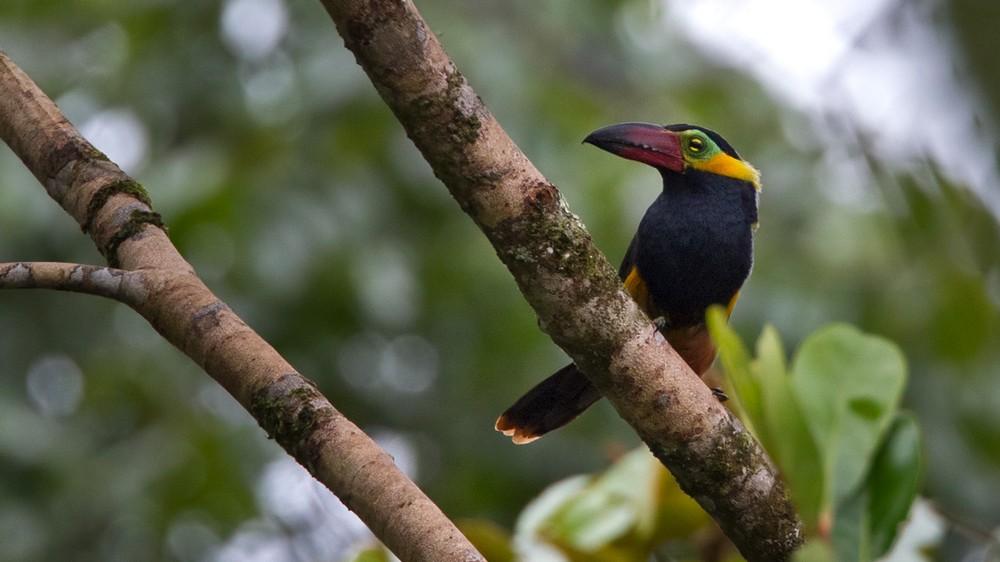 It’s good to learn about some species. For example, in the world of toucans there are a lot of species that you certainly don’t know. Does the Golden-collared Toucanet mean anything to you? No? No? Well, it’s time to learn something about him!

Where does it extend? 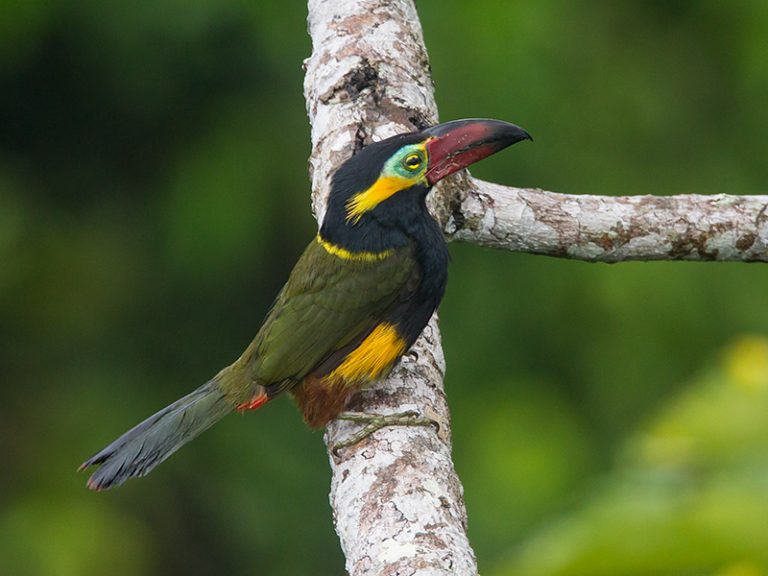 It extends through the western Amazon rainforest of South America. He usually likes to live in the most tree-covered areas, because it allows him to get a better camouflage.

Could you recognize him easily?

Actually, it could be an easy bird to recognize. First there is its size, which is around 30-35 cm in length according to the specimen, with a weight of around 200 grams. In some cases, females are slightly larger than males.

Although at first glance it may appear to have the plumage of a completely black body, in sunlight it may appear to have a bluish hue. The eye is surrounded by a greenish eye ring and underneath it there is a yellow strip towards the nape of the neck that turns yellow the closer it is to the back of the head. 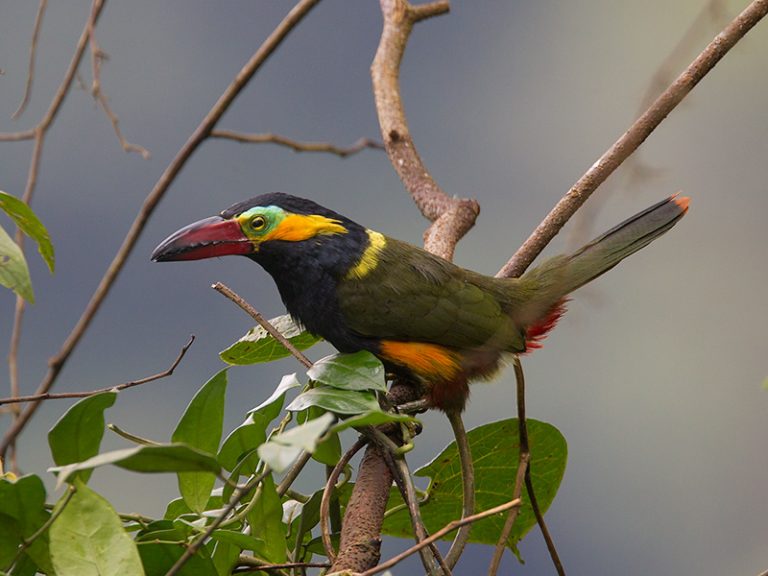 Its beak and legs are greyish, almost black. There is no sexual dimorphism, so it is quite difficult to differentiate the male from the female. It is recognized as the selenidera reinwardtii langsdorfii subspecies, which was previously considered a separate species.

Nothing special about his behavior

The truth is that we are not talking about a bird that behaves too remarkably and differently from the rest of its companions. He usually lives in small groups or on his own, alone. It spends most of his time perched on the branch of a tree, where he can observe the entire environment from where he can see if any threat approaches.

To feed itself, it uses its strong beak to grasp the fruits of the branches of the trees. Thanks to the strength of this part of your body, you can cut up a fruit in a few seconds. Sometimes he may eat it in one bite.

They are usually quite solitary until it is time for reproduction, when they mate with the female. It doesn’t always have to be the same female, they can change at every breeding season. The female, once she has been fertilized, will look for a cavity in which there is already a nest. They generally prefer cavities that have been made by woodpeckers.

In the interior they can take advantage of the nest there is, they rarely make their own. It will lay two to four large eggs, which it will incubate for about three weeks until they hatch. They will not leave the nest until one and a half months of age.