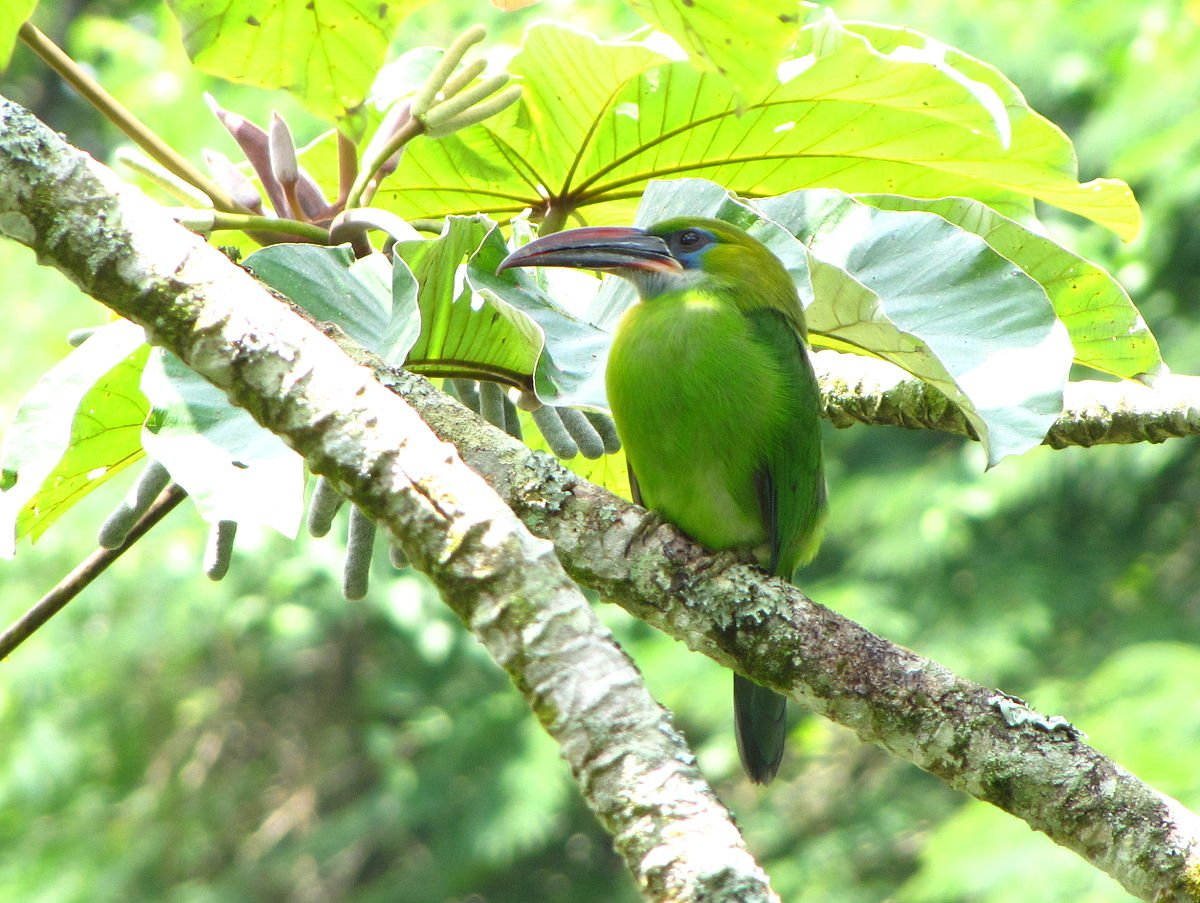 Be careful, because you can’t confuse the green toucanet with its relative the emerald toucanet. They may have something in common, but at the same time they are totally different. You want to know why?

The green toucanet, which in its country of origin is known as a bird beak of bottle and with the scientific name of aulacorhynchus sulcatus, is an endemic bird of Venezuela and lives in forests between 1500-1900 meters above sea level. 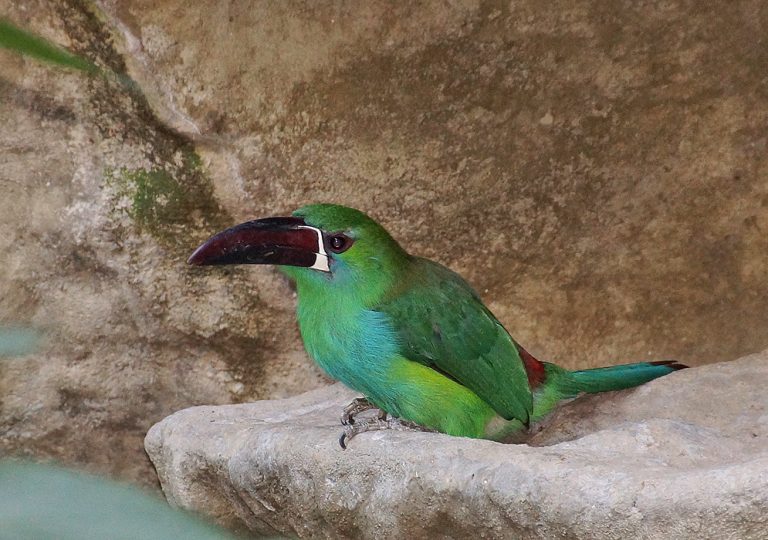 By decree, it has become the “Emblematic Bird of the Municipality of Cacao”, in the city of Caracas in its country of origin, which shows how much it is appreciated by the locals. It usually inhabits forests that are foggy and on the edges of these. In the past it was widely used as a pet, although now its acquisition as such is a little more restricted.

Its size is quite normal, reaching 35 cm in length and thought at most 200 grams. The only way to differentiate the male from the female is by size, which is a little smaller than the males.

Its beak, mainly, is black with a wide yellow area at the top and the base outlined in white. The eye area is naked. The tone of their feathers, mainly, is a bright green tone, being a little paler below the crown, which may have a brownish hue, and the throat is blue. The tail is brown in colour. Like the emerald toucan, it is mainly green, except around the eyes that it is light blue in color.

The subspecies that are recognized are:

There are few differences between the different subspecies. One of the most notable is the color of its beak, which in some cases may be partially yellow.

Why can’t you keep it as a pet anymore?

It is true that this bird is considered to be quite common in some areas where it is found. Although endemic to Venezuela, the species has spread to southern Mexico and throughout Peru. However, it has been considered that it has to be a bird that is protected due to poaching and habitat destruction. Since 2001 it has been under special protection under CITES.

Their diet is composed of fruits and seeds, complementing the diet with some insects. It is omnivorous, so it is not uncommon for it to regularly eat eggs and young from other birds in a single bite when it does not get fruit or insects. 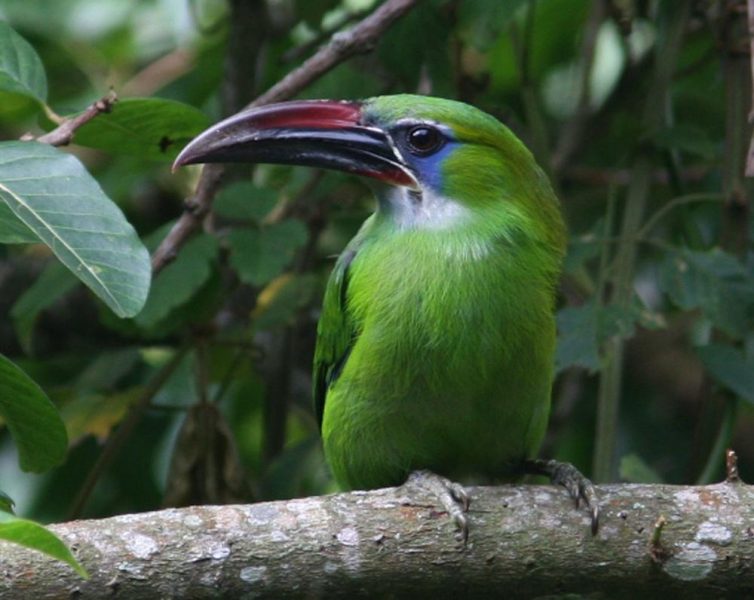 When it is time to reproduce, it does so in the hollows of the trees, being able to take advantage of those left by other birds, especially if it has been a woodpecker. When the female lays the eggs, she lays up to four and they are incubated by both parents for two and a half weeks. When the chicks are born, they remain in the care of their parents until they are almost six weeks old.

As a rule, it is a bird that lives in small flocks, or only with the bird that has considered its mate. It is very noisy, repeating a variety of very loud and rough notes that may not be entirely pleasant to hear.

Although currently not as popular as a pet as it used to be, there are still many breeders who are working with the species to achieve repopulation as well as to present it for exhibition and exhibition.