Do birds with dark tones call you more because you think they have a special charm? Because if so, you shouldn’t waste a moment’s chance to meet the Yellow-eared Toucanet. You’ll fall in love with her.

Which way do they live?

This bird is also known as the Yellow-eared tucancillo or black pichilingo, as well as the scientific name of selenidera spectabilis. It is a species of the toucan family that lives in the jungles of Colombia, Ecuador, Panama and Honduras.

It lives in the canopy of rainforests, at an altitude of 300-1500 meters, as well as in adjacent wooded areas, so it can sometimes be quite difficult to see.

This toucan measures between 36-38 cm, having a size more than considerable compared to other toucans. Its average weight is 220 grams. At first glance there is no difference between the male and the female, except for the size, as the female is a little smaller than the female.

The back and wings are bright olive green, with black head and underparts. It has two yellow earrings, as well as yellow tufts on the white ones, reminiscent of ears. Its thighs are brownish in colour, with the underflow region red. 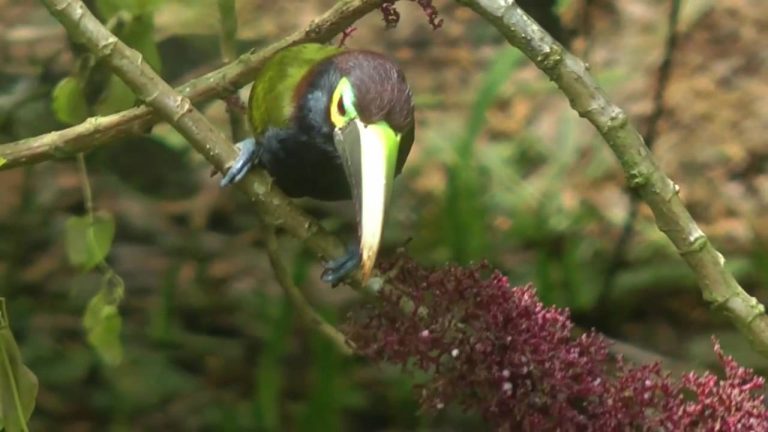 The primary feathers of their wings are blackish in color, while the tail is bluish slate gray. The iris is a very deep red hue. The face is yellowish-green, turning turquoise blue above the eye, while in the malar region it is yellowish-orange. Its beak, up to 102 mm long, is of a fusco horn tone, with blue-grey legs.

Is it a very widespread species?

It is not endangered, but there are also not many records of how many specimens of the species are currently in Central America. However, some market it as an exotic bird. To keep it as a pet, you must obtain special permits, in addition to being able to offer it a cozy environment in what will be its cage.

It is not the most violent species of toucan, but it can become a bit aggressive when it is in the breeding season or if you notice that home is threatened by an invader. They usually live in small communities of only 10-15 members, or they may even live only with their partner, who is a monogamous species. In fact, if the female dies, the toucan may never mate with another female again. 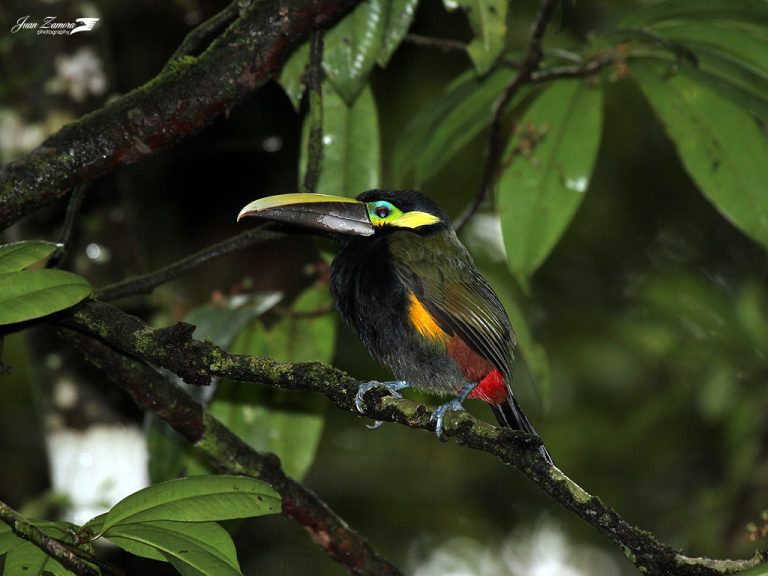 Their diet is composed of fruits and small insects, also feeding on small invertebrates and the eggs of other birds. During the incubation season, both the male and female work on the care and warming of the eggs. Once the chicks are hatched, they are both responsible for feeding them until they are about six weeks old and leave the nest.